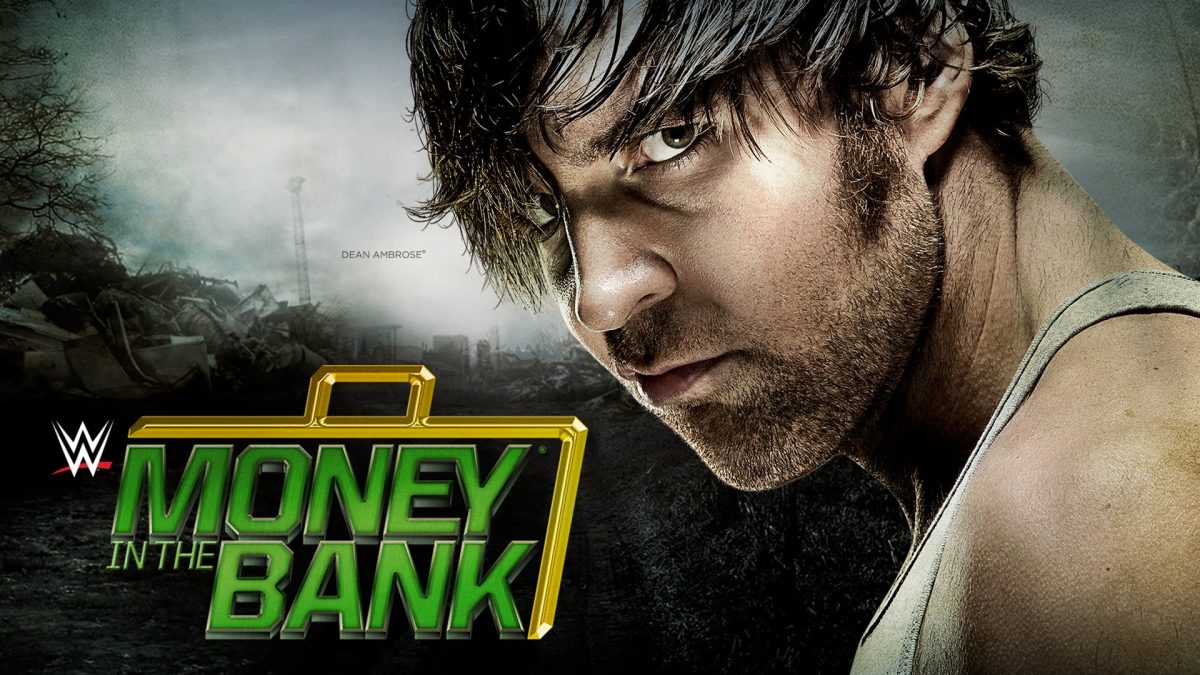 After the usual Kickoff Show panel and social media lounge discussion, we head to the ring, where R-Truth makes his way out. Next out is his opponent for tonight, King Barrett.

The bell sounds and here we go. Early on, Truth is doing a good job of dealing with the attempted onslaught of “The King,” however it isn’t long before Barrett is taking control of the offense.

Truth and Barrett exchange control of the offense until finally Barrett takes over. As that happens, we head to a mid-match commercial.

When we return from commercial, Truth has Barrett in a headlock, however, Barrett escapes and starts beating up on Truth.

Barrett goes on to dominate Truth for the majority of the time left in the match until out of nowhere, Truth somehow manages to roll Barrett up for the 1-2-3.

After the match, we shoot to a lengthy tribute video package on the life of Dusty Rhodes. It was beautifully done and once it concluded, Renee Young — who was a complete emotional mess — directed traffic to a live backstage interview.

The NXT Champion has the unfortunate task of following that and he does a good job. He mocks John Cena throughout the interview and ultimately walks off from the interview.

The 2015 WWE Money In The Bank pay-per-view kicks off with a shot of everyone on the stage paying homage to the legendary Dusty Rhodes. They do the ten-bell salute while everyone honors him in silence. Then, Dusty’s WWE theme plays while frowns turn to smiles and sad fans turn into fans clapping to the beat of his theme. Even in death, “The American Dream” produces smiles. We love you, Dusty. Rest In Peace.

From there, the regular video package airs, leading into the fireworks exploding inside the arena in Columbus, Ohio. Michael Cole and the folks on commentary welcome us to the show as the MITB PPV theme plays.

Money In The Bank Ladder Match
– Randy Orton vs. Neville vs. Kane vs. Dolph Ziggler vs. Kofi Kingston vs. Sheamus vs. Roman Reigns

As soon as the usual intro stuff ends, Lilian Garcia introduces us to the first match of the evening — which is the Money In The Bank ladder match.

Out first comes “The Viper,” followed by “The Man That Gravity Forgot.” Out next is “The Big Red Machine.” After him, accompanied by Lana, is Dolph Ziggler. Out next is New Day member Kofi Kingston. After him, Sheamus comes out. Finally, through the crowd, out last comes Roman Reigns.

Early on, Sheamus does a good job of clearing every single other competitor out of the ring. His reward? A loud “You Look Stupid!” chant.

Next, it appears to be Reigns’ turn to go on an offensive run, as “he’s the dog in the yard” for the next few minutes, as he’s the only consistent competitor in the ring. Anyone else who enters the ring gets exited by him personally, including a big powerslam on Kingston through a ladder!

Well, it’s definitely Randy Orton’s turn to be in control, as he is RKO’ing everyone and anyone who enters the ring, including Neville, who leap frogs above his head, landing on the ladder, only for Orton to yank him off and catch him with an RKO as he came flying off the ladder down to the mat.

Sheamus and Ziggler battle over the briefcase on top of the ladder until both finally crash down to the mat. As soon as they do, Neville hits his Red Arrow finisher on Sheamus.

Kane tries to clear the ring of Ziggler and Neville, however when the smoke clears, Reigns hits the Superman Punch and then a huge dive onto everyone on the floor.

Out comes Big E. and Xavier Woods, who come out to assist their New Day brother, Kofi Kingston. The fans chant “New Day..sucks! New Day…sucks!” Reigns ends up blasting Kofi out of the picture.

Back in the ring, it’s down to Reigns and Kingston on top of the ladder. Reigns is knocked off the ladder. The ladder itself is knocked down and Kofi is launched over the top and out to the floor, crashing on top of his New Day brothers.

Reigns hits a big spear on the remaining member in the ring and sets the ladder up under the briefcase. As he does, Bray Wyatt’s theme cuts in and the lights go out. When they come back on, Wyatt is standing in front of the ladder. He knocks Reigns off and hits him with Sister Abigail. Clearly, we’re going towards a Wyatt-Reigns feud, regardless of who wins this match.

As Reigns is out and Wyatt leaves the scene, Sheamus re-enters the ring and sets the ladder up underneath the briefcase. “The Celtic Warrior” begins his climb and he goes to unhook the briefcase, however Neville climbs up after him. Finally, Sheamus knocks Neville off ther ladder and unhooks the briefcase. Sheamus is this year’s “Mr. Money In The Bank.”

Winner and the 2015 Mr. Money In The Bank: Sheamus

After a quick backstage interview with Paige, we shoot back inside the arena in Columbus for our Divas Championship match of the evening.

Out first comes the contender, Paige, followed by the champ, Nikki Bella. We see several Divas watching on from backstage on a monitor.

Straight from the word “go,” Nikki Bella is dominating Paige inside the squared circle. We get another shot of the other Divas watching on from backstage.

Nikki goes for her Rack Attack finisher, but Paige reverses it into a Ram-Paige finisher. However, Bella still manages to kick out at two, to the dismay of Paige.

As the action continues, Brie Bella runs to the ring to pull off “Twin Magic” on her sisters behalf, but unfortunately, Paige reverses Brie and pins her.

Unfortunately, the ref caught the twin switch, so he didn’t acknowledge the pin from Paige. Seconds later. Nikki hits her finisher on Paige. 1-2-3. The ref counts that one and Nikki wins.

After the previous match, we return back to the ring where The Miz comes out. Video highlights are shown of Miz getting beat up on RAW and how it led to this match tonight.

From there, Big Show makes his way to the ring for tonight’s match. Out next is the WWE I-C Champ, Ryback. The Miz joins the gang on commentary for this one.

Immediately, Ryback nearly gets Big Show with the Shellshock. Ryback ends up getting Big Show out of the picture and turning his attention to the announce table.

The Miz left the announce table, only for Ryback to take him out and return to the ring, where Big Show is waiting for him. Big Show is in complete control of the action now.

The action continues, with Big Show nearly scoring the finish a few times, including hitting him with a Chokeslam and the KO Punch, however out of nowhere, The Miz hits the ring and attacks Big Show first. As a result, Big Show wins via DQ, however Ryback retains.

First out, to a huge ovation from the fans in Columbus, is the NXT Champion — Kevin Owens. Out next is his opponent for this evening, WWE U.S. Champion John Cena, who comes out to the usual mixed-bag reaction from the fans.

As the official introductions are taking place, Owens holds up his NXT title to a huge ovation. Cena is next, and he holds up his U.S. title, but everyone boo’s loudly. The fans are clearly behind Owens — not Cena — in Columbus, Ohio.

It doesn’t take long before this match immediately begins to look like their Elimination Chamber match, as each guy has their moments, but ultimately, each guy dominates the other — until the other guy fights back and takes control of the offense. Meanwhile, the crowd is eating up every second of this match.

From there, each guy takes turns hitting high-risk moves on the other. It seemed like Owens was getting the better of Cena and that it was just a matter of time, however Cena hits a big move, which leads right into an A.A. from Cena. 1-2-3.

After The Match: Owens Attacks

After the match, Cena tries to give Owens props by handing him his NXT title and shaking his hand. Owens pretends to shake Cena’s hand, only to ultimately take him out. He takes the NXT and U.S. Titles both and heads to the back with both of them as Cena is laid out outside the ring.

After the previous match, The New Day members Big E. and Xavier Woods come to the ring cutting a typical New Day promo.

While Big E. and Woods dominated the action, all the way until the end, out of nowhere, O’Neil hits a sit-out powerbomb on his opposition for the 1-2-3.

Ladies and gentlemen, we have new WWE Tag-Team Champions, and they are the “Prime Time Players.”

The lengthy video package for tonight’s Ambrose-Rollins ladder match airs. After that, Kane walks by and laughs at Rollins. From there, Rollins runs into Triple H and Stephanie McMahon.

As Rollins approaches The Authority, they threaten him by telling him they won’t be there to help him tonight. Steph walks away. HHH ends up giving Rollins a huge pep-talk and motivational speech, telling Rollins to “show them” why HHH picked him.

After the formal introductions from Lilian Garcia, which sees Rollins dominating the action early on, finally, Ambrose takes control of the offense.

As he was billed from Cincinatti, Ohio, tonight here in Columbus, Ohio, the crowd has decided early on that they are way behind Ambrose in this match.

Rollins continues to dominate the action until finally, Ambrose leans a ladder in the corner, climbs it, and comes launching off with a big flying elbow smash onto Rolllins.

While one would assume that someone is in control of the offense, both Rollins and Ambrose manage to cut the other person off as soon as they string some offense together.

The action continues as both guys look worse for wares. The action spills out to the floors, however, Ambrose hits a Dirty Deeds on Rollins on the floor.

Slowly, Ambrose climbs to the top of the ladder until out of nowhere, Rollins attacks Ambrose, however, Ambrose stops him. Out of nowhere, Ambrose hits Rollins with the Dirty Deeds.

Now, the action continues on the floor, with Rollins controlling the action. Ambrose is down as Rollins grabs chairs and sets up ladders. Ambrose is completely down and out. Meanwhile, Rollins is gameplanning and using weapons. Rollins is in complete control.

Triple H comes out and raises the hand of Seth Rollins. As Rollins walks up the ramp, Jo Jo comes out and asks if Rollins has anything else to say after retaining the World Title. He says “I told ya’ so … I’m the great champion of all time!” The show goes off the air with that!