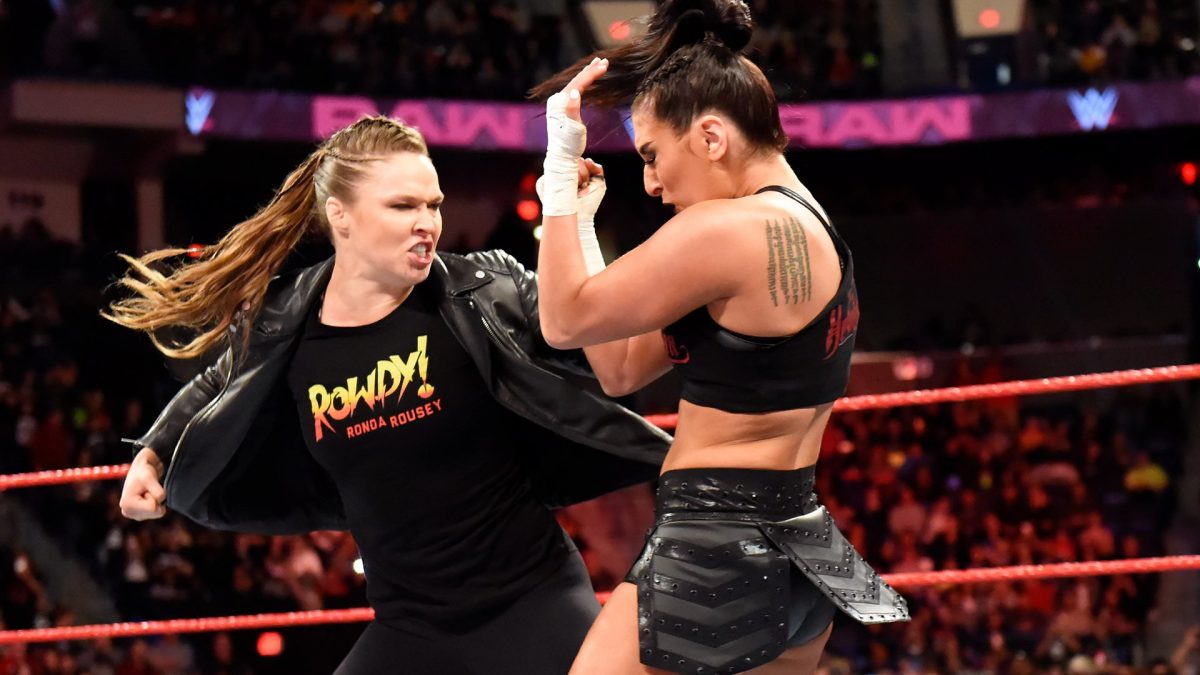 Ronda Rousey made her WWE house show debut in Geneva, Switzerland on Wednesday.

She wrestled in a six-woman tag match, teaming with Ember Moon and Natalya to defeat Mickie James, Liv Morgan and Ruby Riott. Rousey won the match for her team with an armbar submission on Mickie James.

She was originally scheduled to wrestle a singles match against Mickie James, but that was changed for some reason, so it looks like her singles debut might be at Money in the Bank against Nia Jax on June 17.

Chris Jericho was interviewed by the Mirror and talked about being shocked by what WWE paid him to be part of the Greatest Royal Rumble.

It was a long trip for a short period of time – I think I was in the rumble match for four minutes or something like that. I know they must have been paid a whole lot of money, just by proxy of what I was paid ha ha. I was like ‘oh my gosh, really, you’re going to pay me that to do this? How much are you guys making?’ I always say I don’t do things for money but once in a while opportunities come up where you’re crazy if you don’t do it.

Carmella Won’t Be on Total Divas

Carmella said that she won’t be on the next season of Total Divas, which will debut some time in the fall.

Paige and Sonya Deville have been confirmed as part of the season eight cast and Lana, Natalya and Naomi have been spotted shooting possible scenes.