As they always do, WWE sent out championship belts to the NBA Champion Golden State Warriors and NHL Champion Washington Capitals.

Three @NBA Championships out of the last four years. Congratulations to the @warriors and the entire Bay Area on a dominating performance in this year’s #NBAFinals. Now you need another championship to add to the collection! #DubNation pic.twitter.com/Ouhiruur0m

Congratulations to the @Capitals, @ovi8, and the city of Washington, DC for their FIRST EVER #StanleyCup. To celebrate like the World Champions you are…

…you will need one of these. #ALLCAPS pic.twitter.com/ASvA7IHvwF

Big E said on Twitter that he will be doing voice work and will be a series regular for the Adult Swim animated show, Lazor Wulf.

Couldn’t have had any more fun doing the voice work for the upcoming @adultswim show #LazorWulf. Your boy is jazzed to be a series regular. pic.twitter.com/rLtw4wnQrZ

Indie star Nixon Newell will now be known as “Tegan Nox” in WWE. The WWE Performance Center website lists her under her new name.

She was set to be in last year’s Mae Young Classic, but suffered a knee injury which kept her out for several months. She just returned a couple of months ago and has been working mostly NXT house shows. 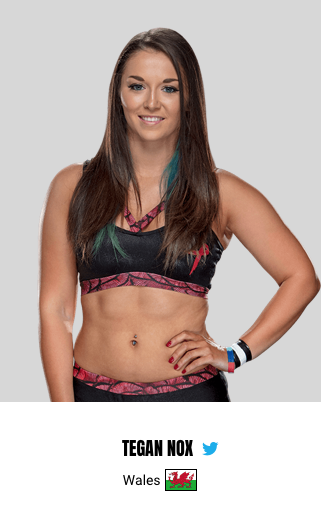