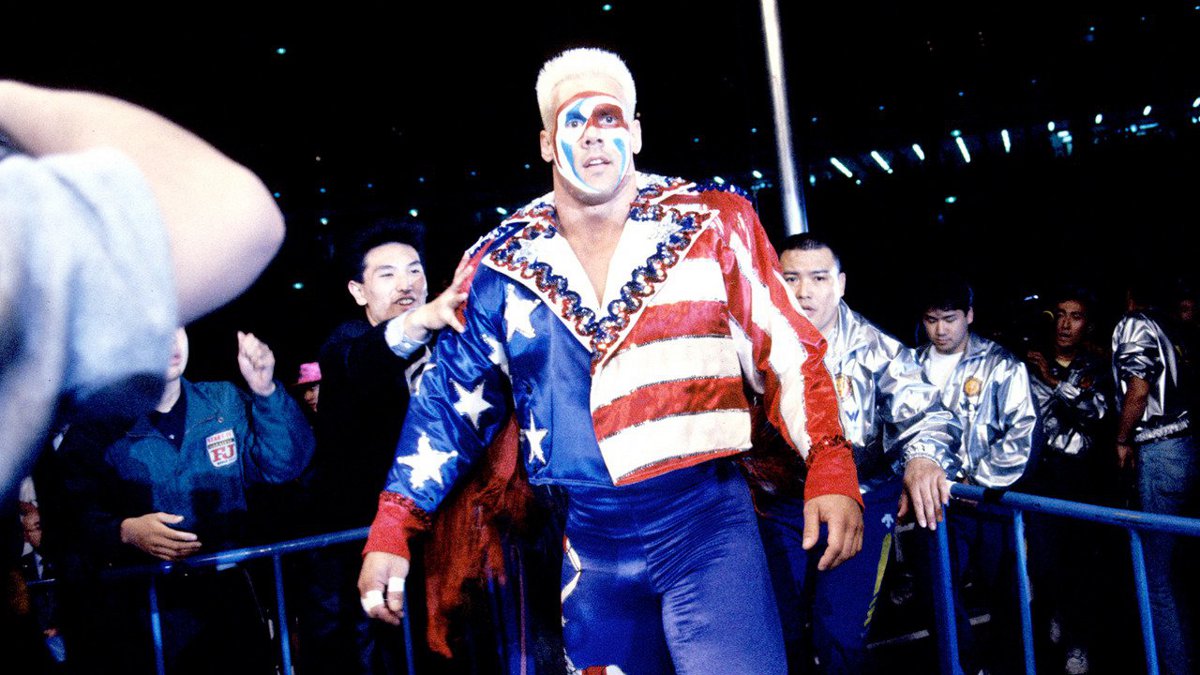 Sting Comments on the Origin of His Face Paint

A recent episode of The Apter Chat podcast had Sting as the guest and one of the topics discussed was the origin of Sting’s bright colored face paint.

“They put Ric (Flair) with Ricky Morton, and Ricky gets hurt. So Dusty says, ‘Stinger baby, I want to put some color on your face, color on your tights and color on your boots. And I want to put you with Ric.’ So we did a little story line with JJ Dillion and the Four Horseman and Ric Flair in Raleigh, North Carolina for a TV taping. It was no real heat angle, we just kind of did our thing and it took off. So Dusty is the real reason why the color started to begin with.”

The first is from a June 12, 2006 episode of WWE Heat featuring a singles match of Mercedes Martinez versus Victoria.

Long before making a name for herself in the Mae Young Classic, Mercedes Martinez goes one-on-one with Victoria in this match from Heat.

The other is from a February 9, 1997 episode of WCW Worldwide featuring a tag team match of Meiko Satomura & Madusa versus Akira Hokuto & Kaoru.

Former ROH commentator Mike Hogewood is reported to have passed away on Wednesday at the age of 63. Hogewood worked as a commentator for the company from February 2009 until its purchase by Sinclair Broadcasting in June 2011. ROH paid tribute to Hogewood on their website.

Ohio Valley Wrestling announced that Hurricane Helms, Billy Gunn, Tommy Dreamer, and Abyss will all be appearing at their October 10th event in Louisville, Kentucky. The company will be celebrating its 1,000th episode at the event.