The Chris Jericho Wrestling Cruise Will Be Streamed Online 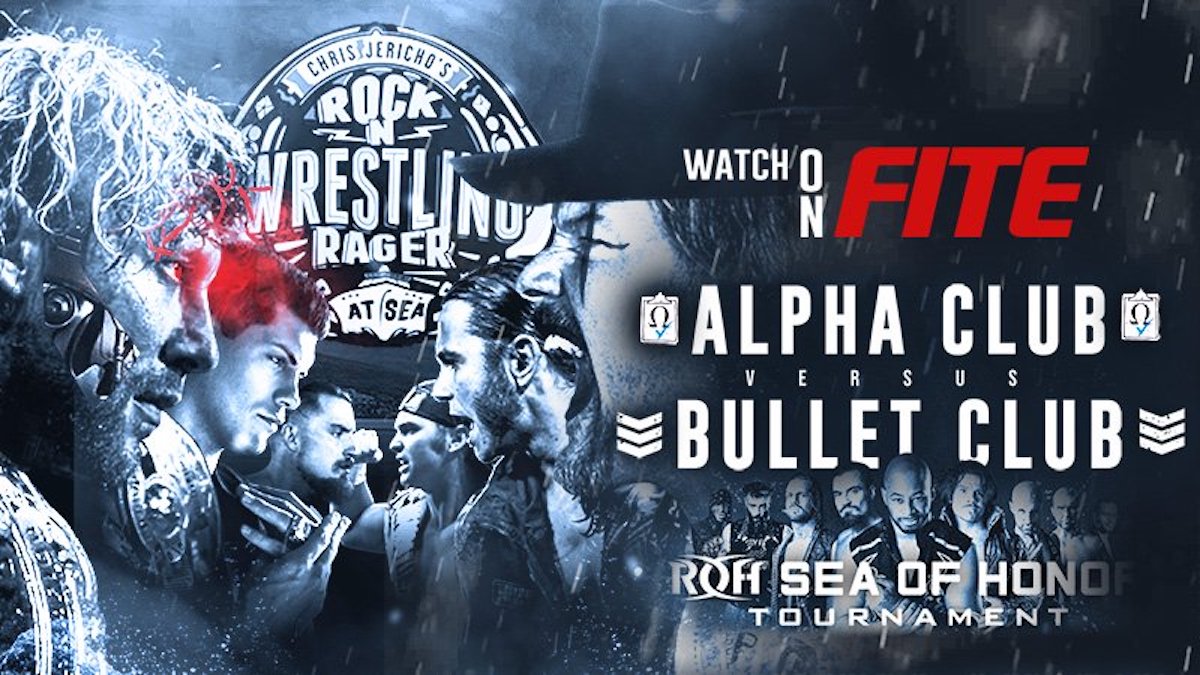 Chris Jericho’s Rock ‘N’ Wrestling Rager at Sea will be streamed online after all, though it won’t be live.

Some, but not all matches on the cruise will be streamed on fite.tv on November 3 at 8 PM ET as a special called “Streaming for Vengeance.”

The cruise will take place between October 27-31, sailing from Miami to Nassau, Bahamas.

It was announced that the Alpha Club (Chris Jericho & the Young Bucks) vs. Bullet Club (Kenny Omega, Cody Rhodes & Marty Scurll) match will air on the special, as well as all of the matches from the Ring of Honor “Sea of Honor” tournament:

LESS THAN 10 CABINS REMAIN FOR THE CRUISE – BOOK TODAY AT chrisjerichocruise.com

ATLANTA, GA – Two weeks from setting sail on the inaugural voyage of his groundbreaking “Rock ‘N’ Wrestling Rager At Sea,” 6 Time WWE Champion and Fozzy front man Chris Jericho has announced that the premier matches on the cruise will be streamed in a FITE TV special called “Streaming for Vengeance” on November 3 at 8pm, just days after the cruise returns to Miami from its roundtrip trip to Nassau, Bahamas.

“Ever since we announced Chris Jericho’s Rock N Wrestling Rager At Sea, everybody who couldn’t make it onboard the cruise have been asking me if we are streaming the event,” says Jericho. “Now, after months of pondering, planning and probing, I can proudly say the answer is YES!! Preorder “Streaming for Vengeance” now to see the biggest main event of the year, The ALPHA CLUB vs The BULLET CLUB, and the entire Sea Of Honor Tournament on FITE TV! Stream it in, Maaan!”

The featured matches of “Streaming For Vengeance” will be the historic “Alpha Club vs. Bullet Club” showdown featuring The Alpha Club: Chris Jericho & the Young Bucks vs. The Bullet Club: Kenny Omega, Cody & Marty Scurll, and Ring of Honor’s “Sea of Honor” Tournament matches, featuring some of the hottest names in wrestling today!

Jericho is set to make history on the four-day music and wrestling mashup on the high seas. Chris Jericho’s Rock ‘N’ Wrestling Rager At Sea, launched in partnership with Sixthman, the industry leaders in festivals at sea, will deliver a breakthrough vacation experience aboard the Norwegian Jade. The six-time WWE Champion and over 2,000 die-hard Friends of Jericho will set sail October 27-31, 2018, from Miami to Nassau, Bahamas, joined by some of Y2J’s closest musician, comedian and wrestling hall of fame friends.

“The moment I walked off The KISS Kruise after playing it with Fozzy in 2015, I called my manager with the idea doing a rock and wrestling cruise. My thoughts were that it would feature everything that Chris Jericho is known for: wrestling, rock n roll, podcasting, comedy, paranormal discussion and most importantly, A GREAT PARTY!” says Jericho. “Throw in as much food and drink you can handle, a beautiful island paradise like the Bahamas and you’ve got everything you need for the greatest destination vacation that a rock and wrestling fan could ever dream of!”

A destination of her own, Norwegian Jade offers guests Norwegian Cruise Line’s signature freedom and flexibility to enjoy 11 onboard bars and lounges, 15 dining experiences, one outdoor pool, hot tubs, and a full menu of spa treatments. Enjoy out of this world duty-free shopping and awe-inspiring architecture in beautiful Nassau. Explore your adventurous side diving in the crystal blue water with dolphins and colorful fish or try your luck in a casino.

Less than 10 cabins remain to join this inaugural cruise. For more information and to book now, visit us online at chrisjerichocruise.com or call Sixthman directly at 877-379-9174 between the hours of 10AM ET and 6PM ET.