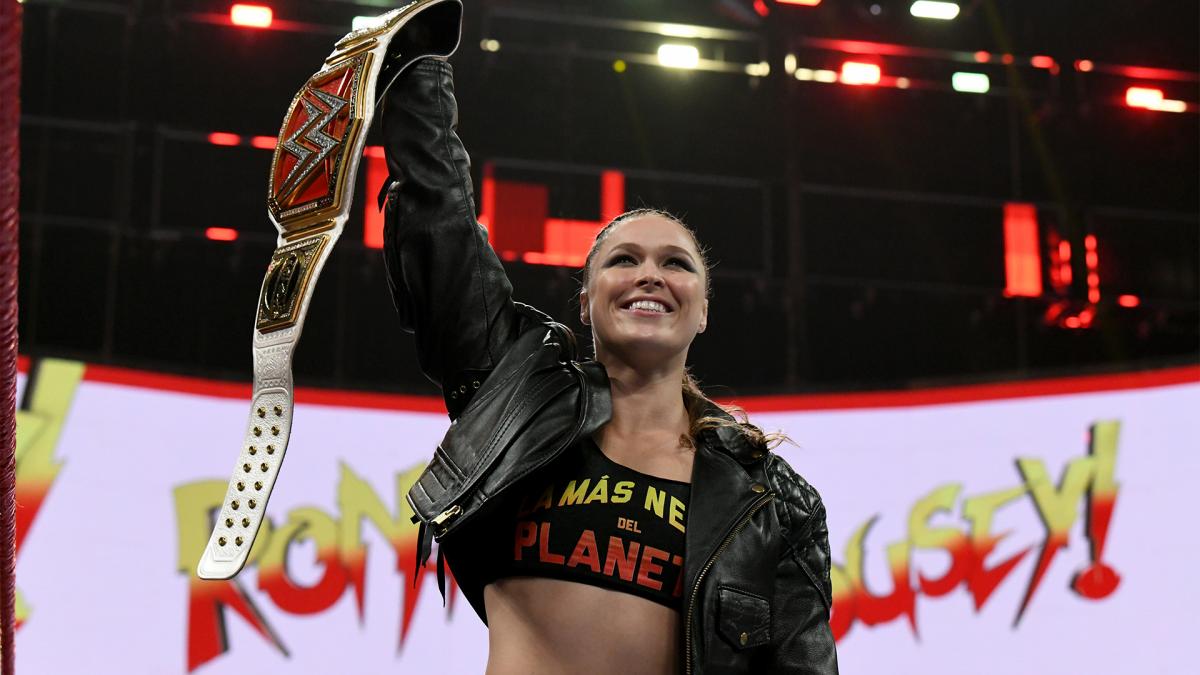 Pro Wrestling Illustrated announced that Ronda Rousey took the top spot for this year’s PWI Top Women’s 100 List. Despite wrestling in only ten matches for the qualifying year, PWI felt her rapid rise as a big star in WWE and also holding the WWE RAW Women’s Championship was enough to secure the top spot on their list for the best women’s wrestler of 2018.

“Ronda’s success in such a short period of time is absolutely unprecedented. She has become one of the biggest stars in WWE, male or female, and is setting a new standard for excellence in the women’s division. When it comes to our ranking criteria of championships won, quality of opposition, technical proficiency, won-loss record, and promotional ‘push,’ she is unmatched. Ronda was an easy pick as number one.”

Rounding out the rest of the Top 10 in order are Alexa Bliss, Charlotte Flair, Io Shirai, Asuka, Shayna Baszler, Carmella, Nia Jax, Mayu Iwatani, and Kairi Sane. With the exception of Iwatani, who wrestles for Stardom, everyone else in the top 10 currently wrestles in WWE.

This was the first time in PWI’s history that their women wrestler rankings were expanded to one hundred women and rebranded from “Female 50” to “Women’s 100.”

WWE recently filed a new trademark to the United States Patent and Trademark Office for “Tough Enough” on October 25th for merchandise-related purposes.

While the trademark only covers merchandise, it is possible WWE could also be considering the idea of reviving their former wrestling reality television series, which aired for six seasons on MTV (2001-2003), UPN (2004), and USA Network (2011, 2015).

The Wrestling Observer’s Dave Meltzer reported in this week’s Newsletter that Jeff Cobb’s next set of appearances for NJPW will be at this year’s World Tag League tournament, which takes place from November 17th to December 9th.

Major League Wrestling announced a new match for the card of their November 8th MLW Fightland event in Chicago, Illinois. This was revealed to be a singles match of Ace Austin versus Myron Reed.