Enzo Amore Performs at a Concert, Talks About “Standing Up” to WWE (Video) 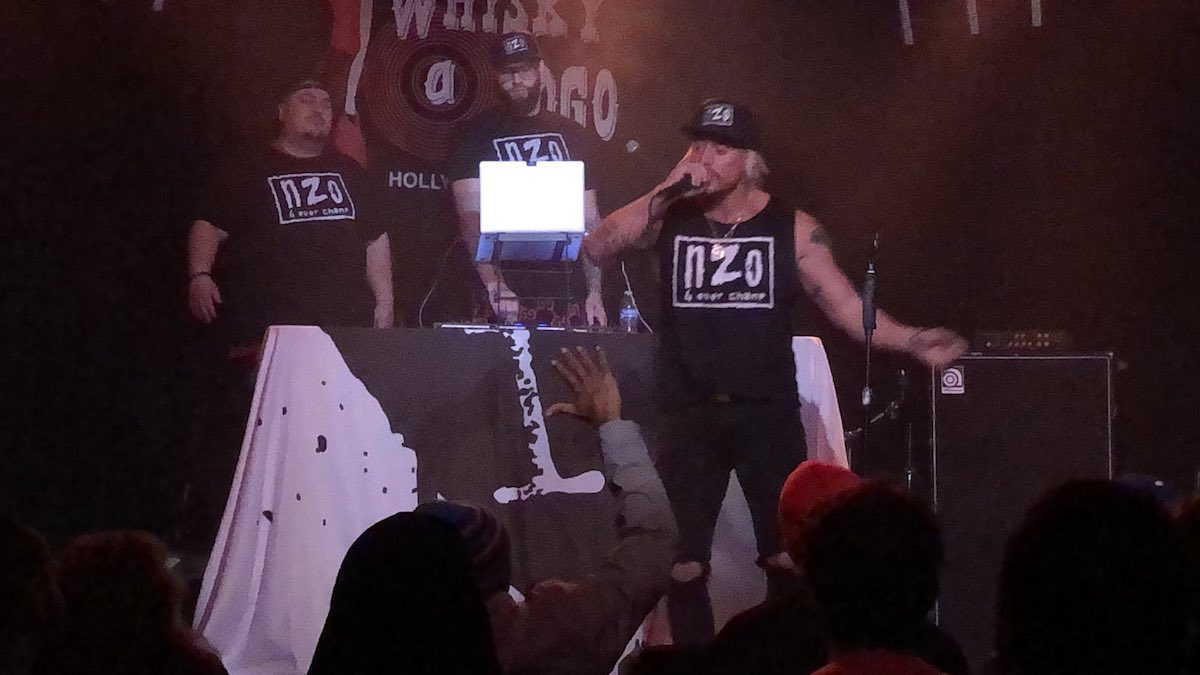 Enzo Amore played a concert last night at Whisky A Go Go in West Hollywood, CA. Despite the publicity he’s been getting for invading Survivor Series and getting kicked off of an airplane, the show drew a pretty small crowd, but it was also a small venue.

Enzo was going by the name “nZo” and was wearing an nWo-style shirt with his name on it.

He live streamed the full performance on his Facebook, which you can check out here:

At the end of the show, Enzo had this to say about WWE:

“They took away what I love more than anything in the fucking world and I refuse to let them take my voice. That was the fucking worst part about that is not being able to talk to you guys, not being able to let you all hear me. But I knew if I waited it out, the good always prevails. And I’m up against a giant but I’m the only one with the balls to go against that giant. And that is a fact.

“If you ever heard a story of me getting kicked out of a locker room, that’s because I was the only motherfucker to stand up to bullies and punch somebody in the mouth. And you guys didn’t hear about that. You heard what they leaked, but Enzo’s a real one, dog.”