Interview: Teddy Hart on Owen, Bret, How Jail Changed Him, Best Wrestler in the World 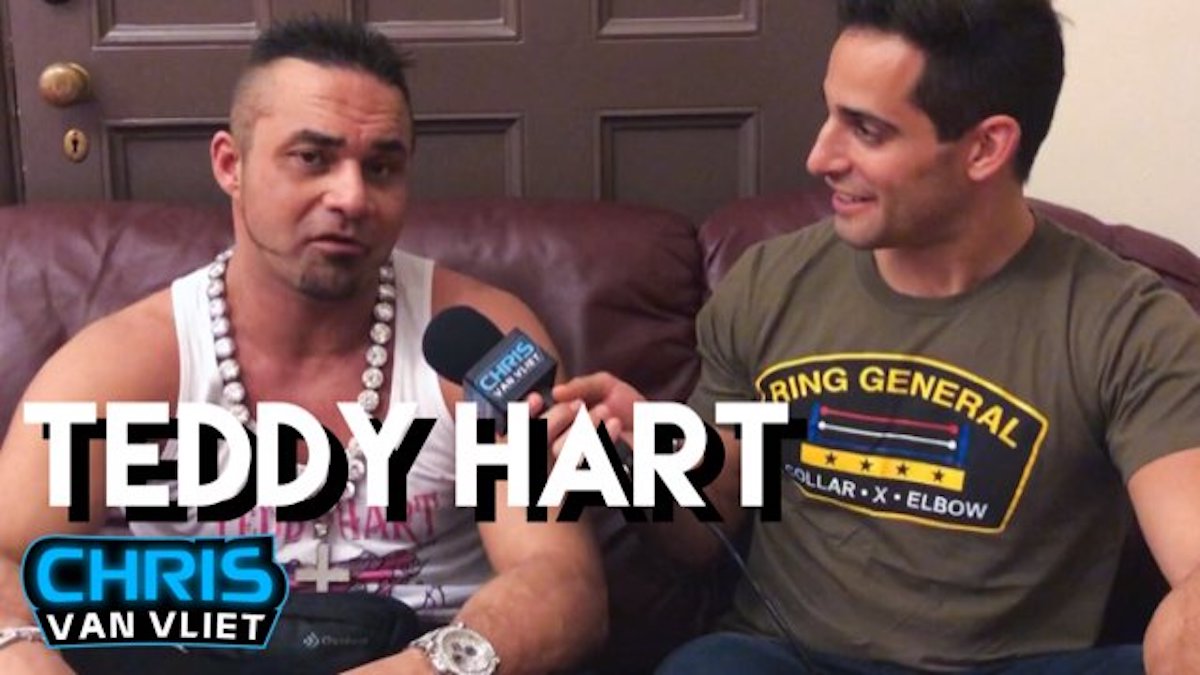 Teddy spoke very openly about how his time in jail changed him, he says Owen Hart’s death “wasn’t anybody’s fault”, he wishes that Bret Hart had buried the hatchet with WWE sooner so he could have worked behind the scenes, he thinks AJ Styles is the best wrestler in the world and much more.

Owen Hart’s death “wasn’t anybody’s fault”:
“It was Bret that kind of made things difficult. And sure the screwjob happened but that could have ended in two years and he could have come back and did all this cool stuff. Even if we had the stroke or the concussion, he still could have come back. If Tyson Kidd could come back with a broken neck and not be mad, I hate to say it but Owen’s death happened because of actions that were taken by other people that set Owen up to that position. It wasn’t anybody’s fault, it just happened. If you’re going to continue your life, let it go and go back to the company who made you. Vince created Bret Hart.”

He wishes Bret Hart would have buried the hatchet with WWE sooner:
“I just think it was hard to see Bret with so much potential to be a great agent or a great booker. And I think he loved the business enough from what I remember seeing that he would have liked to have been on the road like Fit Finlay or Dean Malenko or how Vince is always there. I think Bret would have been a nice touch to have him back there and have him and Shawn and Triple H all on the same page. I just wish that everyone would have gotten along a little earlier.”

What he learned from his time in jail:
“It’s a very boring, scary, lonely place. And when you get out everything tastes better, the air seems to have a different taste to it if you know what I mean, and feel to it and your friendships mean more. It just makes you appreciate the things. In there you can see guys who have no hope who still found hope. Everyone has their own religion but everyone believes in God from what I could see. Everyone prayed before their meals, it was a routine thing. I thought if I could take motivation from guys who had nothing or had life sentences that would give me some sort of spark that no matter how dark it gets, there are people with a lot worse situations than me and to suck it up and get up and come back fighting and be held accountable.”

He thinks AJ Styles is the best wrestler in the world:
“I take my hat off to him because I think he is overall the best wrestler ever because of how long he’s lasted and how many guys he’s worked. He’s done every big high spot too basically. Like the Shooting Star to the floor. He was the first guy to do the Shooting Star to the floor years ago. He started off in WCW just for that little run and I don’t think I’ve ever seen him have a bad match. And I don’t think I’ve ever really seen him get hurt or take time off.”

On people who complain about WWE:
“I think of WWE as a big shark and when the shark eats, there’s all that stuff that comes and falls off and that feeds the rest of the people that are underneath. For them to do what they do and never stop running show and the lighting and the trucks and the screens and the special effects, their shirts, their dolls, their videos games. They’re just a monster and if you can’t respect that you’re a player hating piece of sh*t or you’re just blind or stupid. Nobody works harder than the guys in the WWE. That schedule is the hardest. I have nothing but good to say about them.”