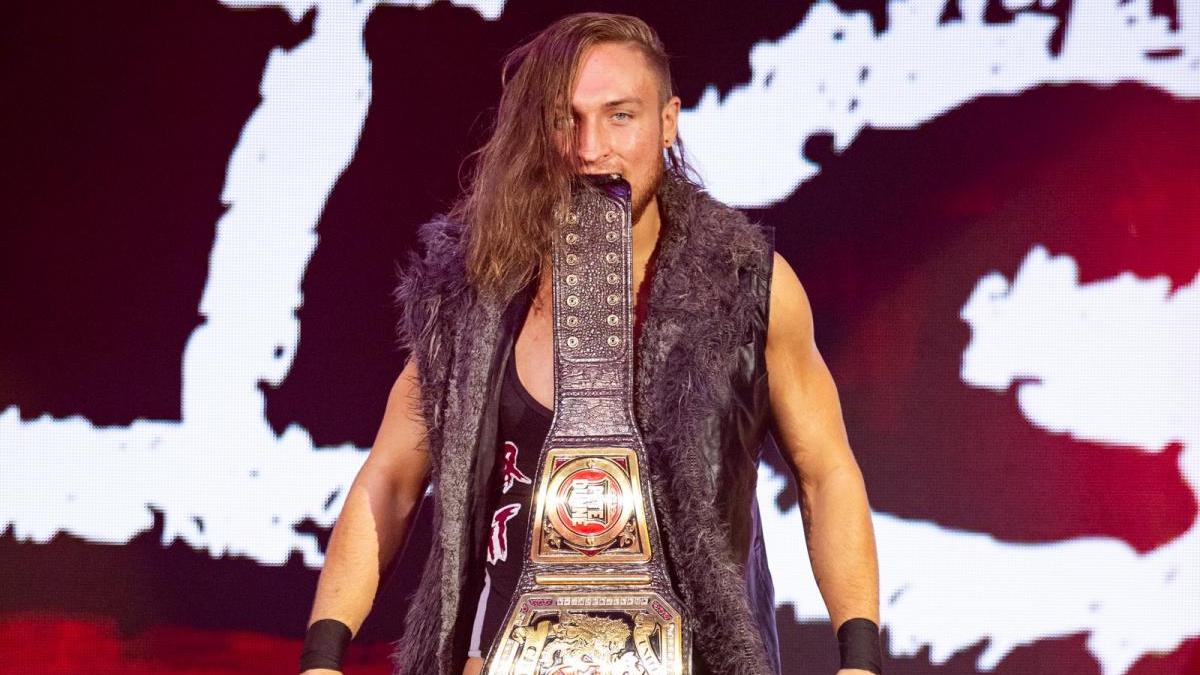 The Mirror held a recent interview with Pete Dunne and some of the topics discussed included his thoughts on NXT UK crowds, NXT UK TakeOver: Blackpool’s announcement, the first WWE UK Championship Tournament, and his upcoming NXT UK Championship match against Joe Coffey.

On the topic of the atmosphere of NXT UK shows, Dunne stated he considers NXT UK to have the best crowds in all of the WWE and the recent set of tapings from Liverpool continued that trend.

“Yeah, I think that’s been the case with every UK taping we’ve done. You see the same when Raw is over here or various WWE live events, but it’s even greater when it’s an NXT show and specifically NXT UK, which has the hottest crowds. I’d say we have the best audiences in the whole of WWE and Liverpool was no different – although I wouldn’t expect less from Liverpool to be honest. The big cities are always the same.”

On the topic of the official announcement of NXT UK TakeOver: Blackpool, Dunne stated it was an amazing moment and believes the Empress Ballroom in Blackpool, England is the perfect host for a TakeOver event.

“To see how far we’ve come already, is amazing. It’s two years officially since the first tournament, but we’re only a few tapings into the actual start of this weekly NXT UK show.

If you want to talk about the perfect venue for wrestling, that is the Empress Ballroom in Blackpool. It was the same last time we were there, the atmosphere there, the way it looks, I think that’s what really set apart the initial WWE UK Championship Tournament.

So I can’t wait to go back and obviously it’s extra special for me, because that’s what sort of made me and Tyler pre-NXT TakeOver: Chicago. It will be really cool to go back, kind of on this side of the fence, and re-live that.”

On the topic of the first ever WWE United Kingdom Championship Tournament, Dunne stated it was a great introduction to WWE fans on what the UK has to offer for wrestling. He also stated he believes this weekend’s TakeOver: Blackpool event will create a similar effect for new fans.

“Yeah, I think what gave us a massive edge was the fact it was live. There was a lot of people tuning in to see what it was about and it felt like they unloaded all this brand and characters, specifically in the case of me and Tyler, but obviously there were a full 16-man roster that benefited from it.

I think what’s going to happen this time is going to be the same, the fact that it’s live, it’s going to feel like an introduction to so many new people. Even though they’ve been on TV each week, TakeOvers are a different level, it’s a different feel. I even feel it now, doing NXT TakeOver: Wargames, you get such a different level of reaction and exposure than you would get from doing a weekly episode of NXT.

This is going to be no different. It will feel like another introduction and on top of that, people are going to be on top form, on top of their game, bringing their best. They do that every week, but like I say, TakeOver is a completely different feel, it’s a different animal. It’s going to be so exciting to go back there and introduce new people and show everyone what NXT UK is about.”

On the topic of his upcoming NXT UK Championship match against Joe Coffey, Dunne stated he considers Coffey to be a great challenger and can’t wait to face off against his long time rival again.

“Joe is great. He is one of many people on this roster that I feel is ready to be in that title position. I’m excited to get in there with him.

Everyone on this roster I seem to have a history with, I’ve wrestled them in multiple companies, and Joe is one of them on that list that I’ve wanted to face again here for some time. I can’t wait to get in that ring with him and hopefully expose him to everybody and show them that this roster is deeper than just British Strong Style.”

Other topics discussed during the interview included his thoughts on being the current longest reigning champion in the WWE, wrestling against Ricochet and Will Ospreay, NXT TakeOver: WarGames II, and his current health status.