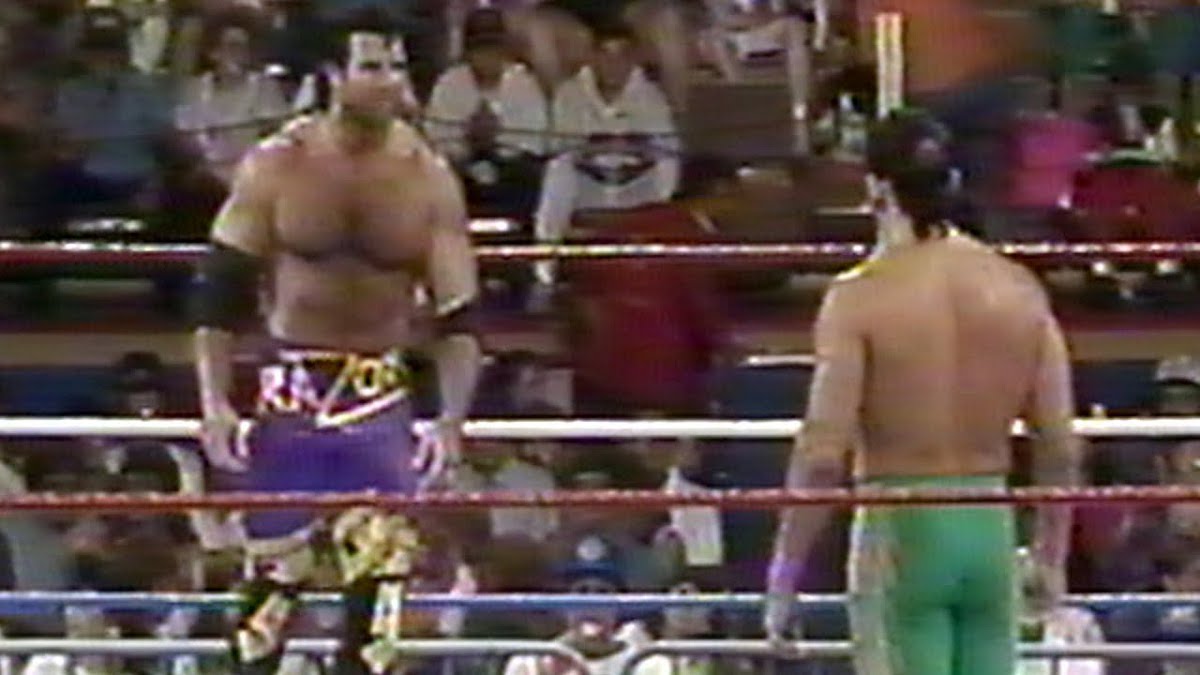 The first gem is from a June 29, 1992 episode of WWF Superstars featuring a dark match of Razor Ramon vs “El Matador” Tito Santana.

Before ‘The Bad Guy’ made his official WWE television in-ring debut, Razor Ramon took on El Matador in this match from Superstars.

The second and final gem is from a July 20, 1992 episode of WWF Superstars featuring a dark match of El Relámpago (Konnan) vs. The Mercenary.

Before Max Moon reached for the stars, Lucha Legend Konnan performed as Relampago in this rarely seen match from Superstars.

Scott Hall recently commented on being featured in one of the Hidden Gems this week.

My first ever in ring performance in WWE #DarkMatch https://t.co/WCHXxPlbob

As noted before, WWE will be airing a live Halftime Heat event on the WWE Network following the end of the first half of Sunday’s NFL Super Bowl LIII event in Atlanta, Georgia.

This ownership stake was reported to be worth 75% of the company and as part of the terms, LIDET will be replacing all of NOAH’s parent company executives with their own starting next month. The current president of NOAH, Yusuke Fuwa, reportedly will remain on the job as part of the new ownership shakeup.

Impact Wrestling announced that they will be collaborating with Major League Wrestling for two events on April 4th in Long Island City, New York and Rahway, New Jersey. Talent from both companies will be featured at MLW’s Rise of the Renegades and Impact Wrestling’s United We Stand events.

Portion of the official press release:

Major League Wrestling
MLW will host “Rise of the Renegades” tapings on April 4 at 7:00 p.m. ET for its weekly television program “Fusion” airing on beIN Sports. Tickets start at $20 and are already on sale at MLWTickets.com. The live event will take place at Melrose Ballroom (36-08 33rd St.) in Long Island City, NY.

IMPACT Wrestling
IMPACT Wrestling presents “United We Stand” on Thursday, April 4 at Rahway Recreation Centre (275 E. Milton Ave.) in Rahway, NJ. The event, in partnership with WrestlePro, begins at 11:00 p.m. ET and streams live on Twitch. Tickets are on sale at www.IMPACTWrestling.com and start at $40. The event will stream live on IMPACT Wrestling’s official Twitch channel –www.twitch.tv/impactwrestling – which also features the flagship weekly show IMPACT!, simulcasting on Pursuit Channel across the U.S. on Fridays at 10:00 p.m. ET.