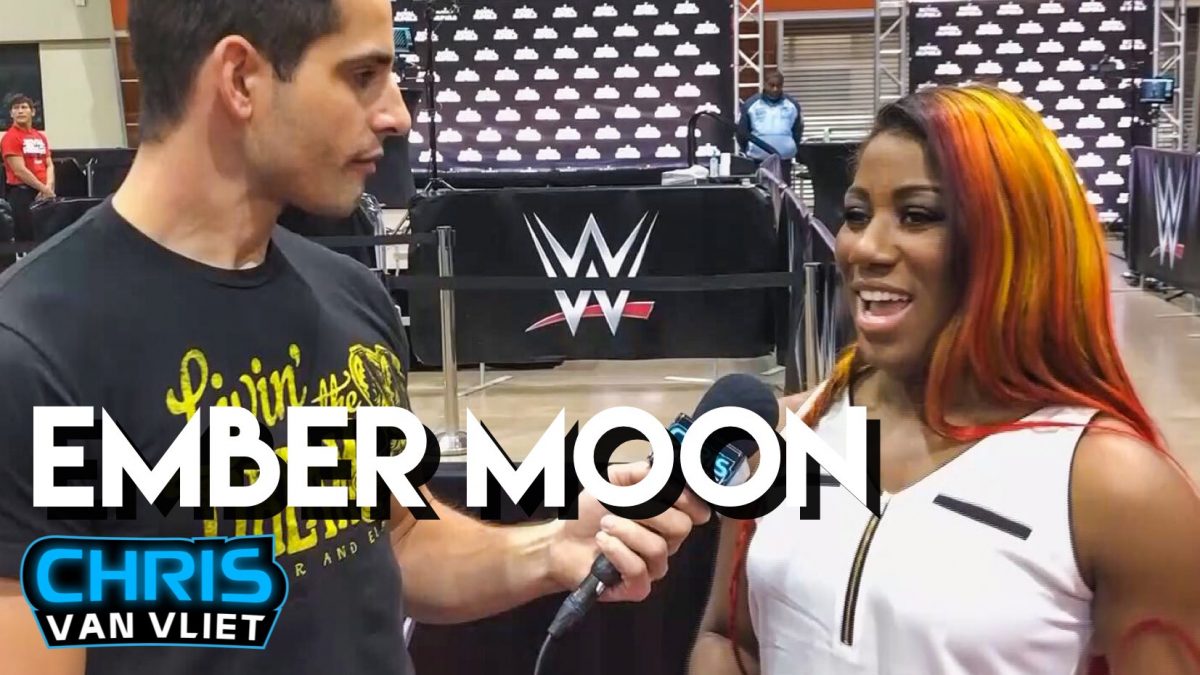 She talks about the 6 hour daily process to get her hair to look the way it does, who her dream opponent is, the WWE moment as a kid that made her want to be a Superstar and more!

The WWE moment that made her want to be a Superstar:
“For me it was kind of a blur because my childhood was such brutal torture and wrestling was my escape. So any wrestling that I could watch made me thoroughly excited. I remember the first time that The Hurricane chokeslammed The Rock though. I was like ‘No, it’s not going to happen!’ That was so great. I do remember that. That was one my fondest childhood moments. And the limo blowing up.”

Her all time dream opponent:
“Beth Phoenix. Hands down. It always has been, always will be. I loved everything she did when I was a kid. She was so powerful. Technically the second woman to enter the Royal Rumble and the first woman to eliminate someone in the Royal Rumble. She’s done so much and that’s a dream match for me.”

She didn’t hear her entrance music until Takeover Brooklyn 2:
“So the first time I ever heard my music live was at Takeover Brooklyn 2. I heard it without the vocals and I told them that wasn’t really was I was thinking and they said don’t worry we’re going to add vocals. So I didn’t actually hear the finished product until we got to Brooklyn. They just kinda sent me the chords and the riffs and I kept saying that it needed to be edgier. Triple H was actually super interactive and saying that it needed more, more, more. And then all of a sudden I had vocals and I was like ‘What is going on? This is great!’ It’s just such a super bad ass song.”

The 6 hour process to get her hair to look the way it does:
“I dye it myself. So I buy tons of hair extensions, literally sit in a sad room with a television and sometimes an alcoholic beverage. I sit there for literally 6 hours a day just painting hair and this is the end result.”