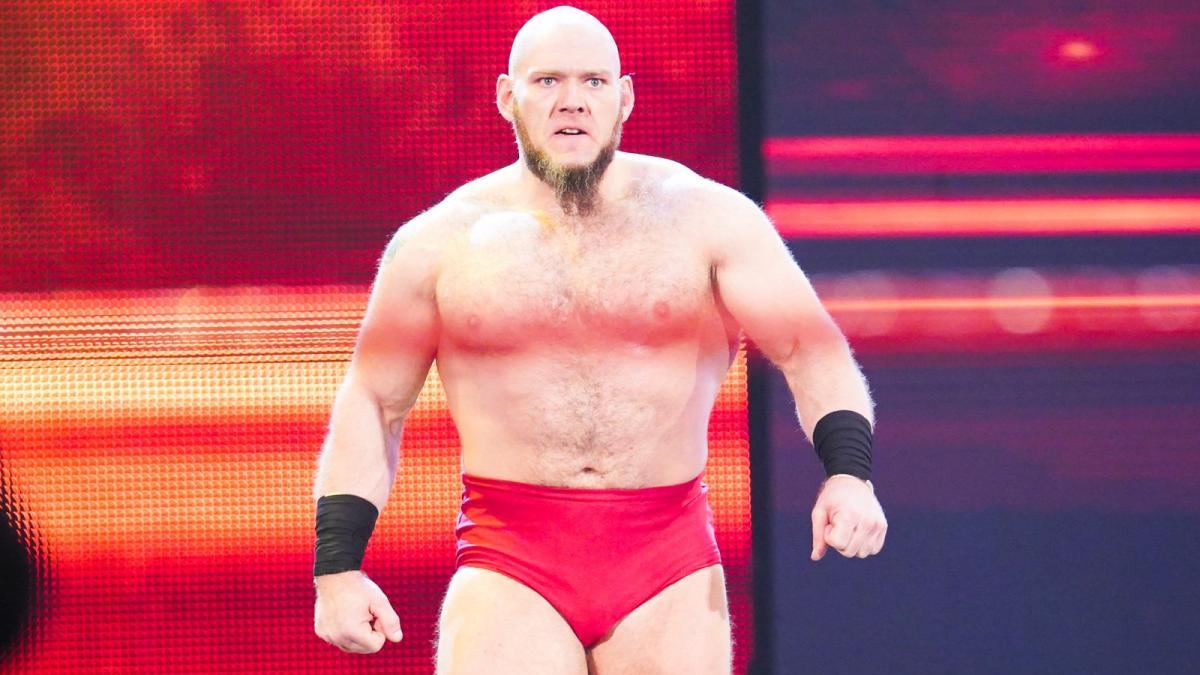 Baron Corbin first came out to brag about beating Kurt Angle at WrestleMania, then Angle came out and said he wanted to wish Baron Corbin luck… bad luck, then he gave him an Angle Slam and ankle lock.

But suddenly, Lars Sullivan’s theme hit and “the freak” came out, got in Angle’s face in the ring, and hit him with his finisher, the Freak Accident. Lars then hit Angle with a top rope diving headbutt, then left the ring and walked to the back to a chorus of boos, leaving Angle laying in the ring.

Lars was originally booked to attack John Cena in January, which would have led to a WrestleMania match between them, but a reported anxiety attack led to a change of plans and kept Lars off of TV until now.

He was called up from NXT in November and WWE aired the first Lars promo video at Survivor Series.