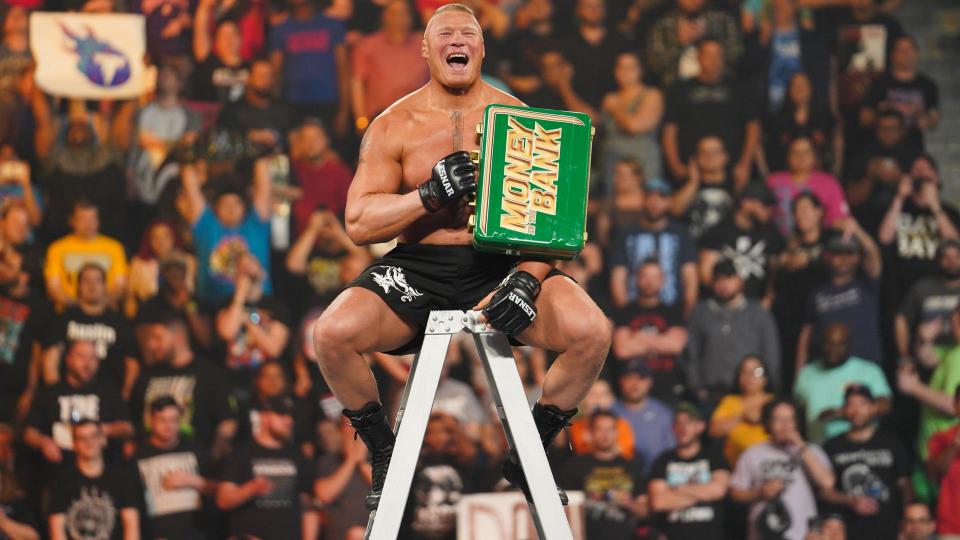 After Sami Zayn was attacked by someone off camera and hung upside down backstage, the match went on without him with the other seven competitors until the end, when Brock Lesnar’s music suddenly hit. Ali was about to grab the briefcase when Lesnar came down and pushed him off, then set up another ladder to grab the briefcase and win the match.

Lesnar was hidden backstage and only a very small group of people knew that he was there, according to PWInsider.

Lesnar last appeared at WrestleMania last month when he dropped the Universal Championship to Seth Rollins. He has also already been announced for WWE Super ShowDown on June 7 in Saudi Arabia. His opponent hasn’t been announced yet.

Awesome to see @BrockLesnar win the #MoneyInTheBank match…even though he wasn’t officially entered! Brock is the future of the biz and this perfect example of genius booking shows why @WWE will remain on top FOREVER! #GoBrockGo