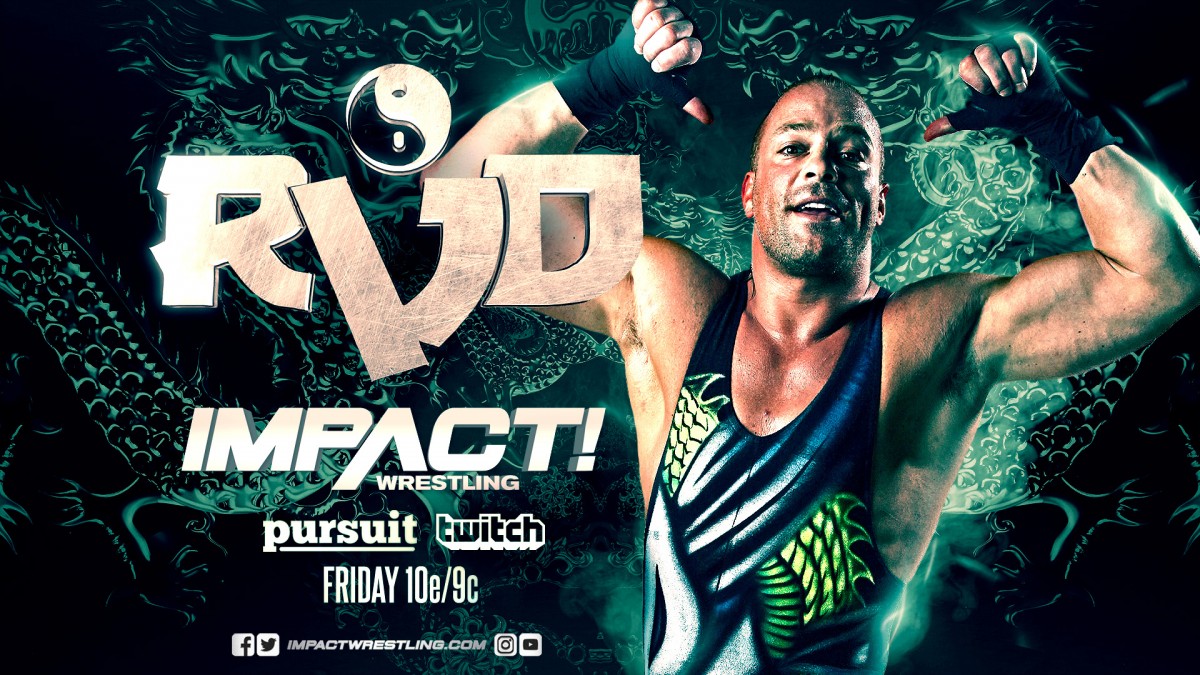 May 3, 2019
Toronto, ON – Rebel Entertainment Complex
Results by ImpactWrestling.com

Michael Elgin makes his IMPACT debut after he attacked new World Champion Brian Cage at Rebellion! Elgin says he left Japan to become the IMPACT World Champion and after he laid out the champ last Sunday night, he should be next in line! Former champion Johnny Impact interrupts and says he has a rematch clause so he’ll be getting the next shot at Cage. Konnan comes out next and reveals that since the Lucha Bros and LAX are familia once again, he is now representing Pentagon Jr! Konnan reminds them that Pentagon didn’t receive a rematch after losing the title last year and he should be first to get a title opportunity. Elgin puts his hands on Konnan but Pentagon comes out to make the save! A huge brawl erupts between Elgin, Pentagon and Johnny. Security comes out but Big Mike stands tall as he clears the ring.

After the break, Josh Mathews and Don Callis announce that Pentagon Jr, Michael Elgin and Johnny Impact will battle in a three-way number one contenders match tonight! They also note that World Champion Brian Cage was injured in his match against Johnny Impact at Rebellion and will be out for an unknown amount of time.

Ace dives through the ropes, hitting Petey on the floor. Petey locks up Ace in the Tree of Woe and sings O’Canada! Ace connects with a springboard kick. Ace gives Petey a sick paper cut between his fingers. Petey is perched on the top rope but Ace slams him to the mat with a Hurricanrana and hits The Fold to win.

On the oVe cam, Sami Callihan proposes a 4 on 4 oVe Rules match pitting his family vs. IMPACT Wrestling’s family next week!

Rosemary has taken Su Yung’s Undead Maid of Honor as her prisoner and ties her to the ring post before the match begins. Kiera is on fire in the early going as she hits a series of running strikes in the corner. Rosemary turns it around with a sidewalk slam. Kiera hits multiple superkicks but Rosemary kicks out at two. Rosemary does some serious damage by locking in the Upside Down. Rosemary sends Kiera flying off the ramp and crashing to the floor. Su Yung and the Undead Bridesmaids attack Rosemary from behind, causing the disqualification.

Kiera Hogan recovers but instead of helping Rosemary, she retreats up the ramp! Su frees her Undead Maid of Honor and lays out Rosemary with the Panic Switch.

Backstage, Melissa Santos interviews Knockouts Champion Taya Valkyrie after she retained her title over Jordynne Grace at Rebellion. Taya says she’s beaten everyone IMPACT Wrestling has put in front of her when Madison Rayne interrupts! She reminds us that Taya has never defeated her and that she should be next in line for a shot at the Knockouts Title! Taya turns her down and tells Melissa to follow her somewhere. They go to IMPACT management’s office where she tells them that she is not contractually obligated to defend her title for 30 days. Taya grants Madison a match next week but it won’t be for the title!

Eddie tries to use his kendo stick in the early going but the referee stops him. Fenix attempts to use a rolling cutter but Eddie catches him in mid-air and thwarts his effort. During the match, Killer Kross appears on the stage and watches the match. Fenix hits a crucifix bomb for a two count. Eddie connects with the Blue Thunder Bomb for a near fall of his own. Eddie almost puts Fenix away again with a Tiger Driver. Kross comes to the ring and hands Eddie his kendo stick. However, when Eddie attempts to take it, Kross won’t hand it over! Fenix takes advantage of the distraction and hits his signature spinning Muscle Buster to win.

Backstage, Scarlett Bordeaux says that Fallah Bahh will join Tommy Dreamer, Rich Swann and Willie Mack in the 4 on 4 oVe Rules Match against oVe next week.

Rob Van Dam makes his return to IMPACT Wrestling! He talks about the great talent here and how he’s probably influenced many of them. Ethan Page of The North interrupts and assures Rob that he would never use one of his moves, nor is he his hero. Rob proposes a match between the two right now but Page turns him down and suggests they have the match next week. Rob hits him with a Van Daminator before celebrating with the fans!

Backstage, Josh Alexander is furious at Ethan Page for getting a match with RVD next week as The North were already booked for a match against Tag Team Champions LAX. Moose interrupts and tells Page not to worry about the tag match. Moose reveals he will team with Alexander against LAX, while Page focuses on RVD.

Johnny attempts a springboard but Elgin cuts him off and hits him with a powerbomb on the apron! Pentagon hits Elgin with a double foot stomp off the top rope. There’s a huge Tower of Doom as Johnny hits a springboard German to Elgin and Elgin hits Pentagon with a vertical suplex off the top! Elgin catches Pentagon in mid-air and connects with a vicious Uranagi. Johnny attempts Countdown to Impact but Elgin avoids it. Pentagon hits Johnny with a powerbomb backbreaker for a near fall. Johnny attacks Pentagon with a steel chair at ringside. Elgin hits Johnny with a huge clothesline, followed by a buckle bomb and Sitout Powerbomb to win!