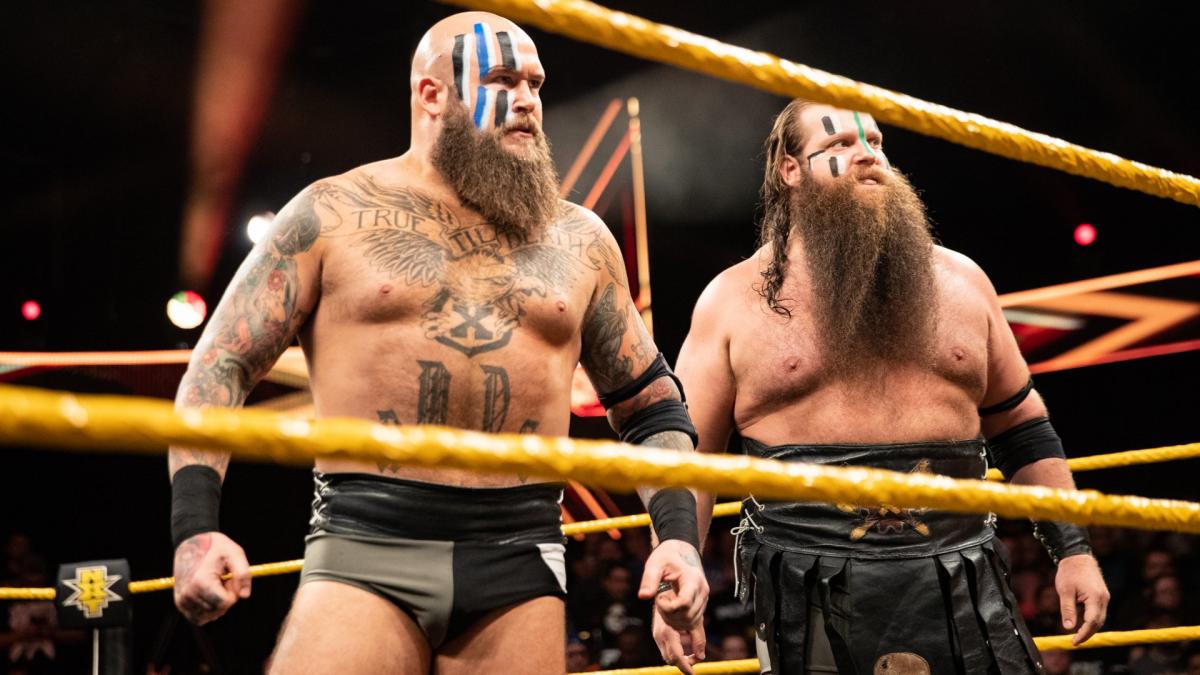 The tag team title match ended up as no contest when The Forgotten Sons ran out to interfere. Oney Lorcan & Danny Burch then came out, which led to a brawl.

After things settled, The Viking Raiders bowed to the NXT crowd and placed the belts down in the ring, saying their goodbyes to NXT as the crowd chanted “Thank you Raiders.”

There will now be a four way match to determine the new champions at NXT TakeOver on June 1. Undisputed Era (Bobby Fish & Kyle O’Reilly) vs. Street Profits vs. The Forgotten Sons vs. Oney Lorcan & Danny Burch.

Thank You Raiders chants as the champions leave the titles in the ring to seemingly relinquish them. pic.twitter.com/yV6NFt5mn2

Scoop #6: Regal out, ERIK says that since they know nobody can take the belts from them, they will relinquish the belts to him

But out come Street Profits pic.twitter.com/IV07myBMta

Scoop #18: The Viking Raiders salute the crowd, take a bow, and leave the belts in the ring

Looks like this is the last we will see of The Viking Raiders in NXT pic.twitter.com/mZPy8RJAyY