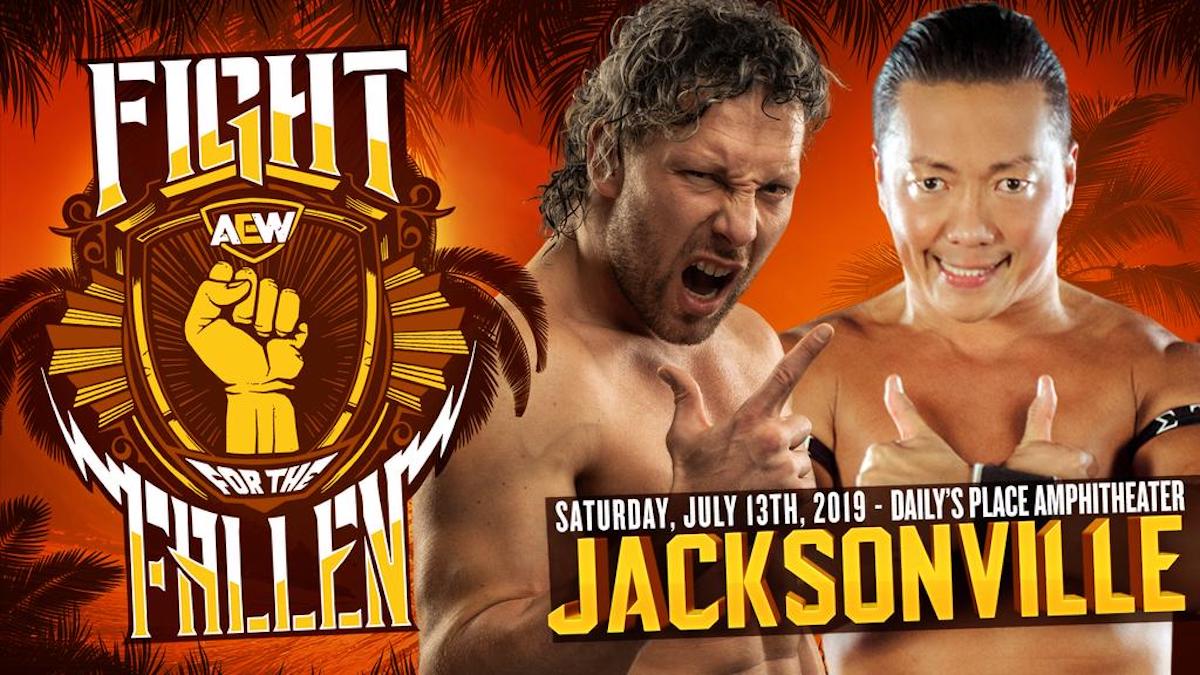 Earlier today, WWE announced that they would be streaming the EVOLVE 10th Anniversary show live on WWE Network on Saturday, July 13. That’s the same night as AEW’s Fight for the Fallen show, where a “portion of the proceeds will be donated to victims of gun violence.”

After the announcement, Kenny Omega posted the following tweet, then deleted it about a half hour later.

If lining your pockets with blood money is okay, then what’s wrong with trying to undermine a charity show for victims of gun violence? I hear that healthy competition is supposed to be a good thing and yet I can’t help but feel like I’m gonna be sick.

I’ve said my piece and it opened the door to a very toxic environment. It wasn’t a message to fans, or the boys, just the decision makers. I wish everyone wrestling on any show that day all the best. That is all.

An EVOLVE show “undermining” an AEW show seems like a bit of a stretch, since the EVOLVE show will likely not draw anywhere near the amount of interest as Fight for the Fallen. On the other hand, it’s hard to believe that WWE wasn’t aware of the AEW date when they decided to stream the EVOLVE show (which will feature NXT stars like Matt Riddle and Adam Cole) on the WWE Network.

“Proceeds from the gate” of the show are what will be donated to “Jacksonville’s Victim Assistance Advisory Council (VAAC).” That would mean that the only way the charity would be “undermined” is if people decided to stay home and watch the EVOLVE show instead of attending the AEW show in person.

Chris Jericho Announced for Fight for the Fallen

AEW announced that Chris Jericho will be appearing at Fight for the Fallen.