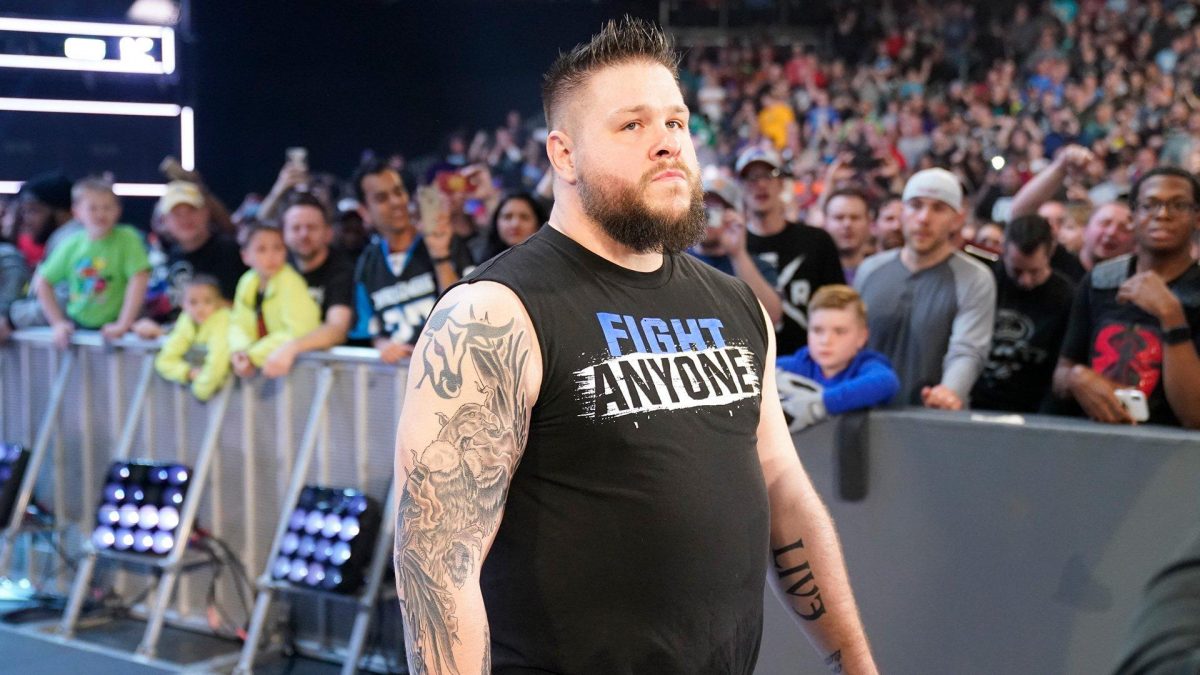 The Sporting News held a recent interview with Kevin Owens and one of the topics discussed included his thoughts on WWE’s recent Wild Card rule for the RAW and SmackDown Live brands.

“I guess the whole point of the wild-card rule is to add a sense of unpredictability to all the shows and I guess it definitely has achieved that because you never know who is going to show up where. The wild-card rule itself was very loosely defined when it was first announced and it’s been loosely enforced since it’s been announced (laughs). I guess it was supposed to be four guys at first and now, really, 10 guys show up one night, three guys show up the next night, whatever. But like I said, I think the whole point is to give a more unpredictable feel to the show itself and its definitely achieved that.”

As noted before, Tommaso Ciampa has been out of action for WWE since suffering a neck injury earlier this year. While WWE officials knew ahead of time that Ciampa was suffering from serious neck issues, they still went ahead with his call-up but were forced to quickly shelve their plans for him due to his neck’s deteriorating condition.

Ciampa recently provided an update on Twitter on the current status of his rehab from his neck injury.

Impact Wrestling reportedly are currently in negotiations with LAX in regards to a potential contract extension with the company, according to PWInsider.

Mike Johnson reported that LAX (Ortiz & Santana) have been in recent discussions with Impact officials but at the moment, have yet to sign a new deal with the company. LAX’s current contract expires later this summer and Impact officials view signing LAX to a long term deal as one of their top priorities for the company.

NJPW announced that Zack Sabre Jr. will be putting his spot in this year’s G1 Climax tournament on the line as the stipulation for his match against YOSHI-HASHI at their Kizuna Road 2019 event on June 25th in Sendai, Japan.

Lucha Libre AAA reportedly drew an attendance of almost 6,000 for their Verano de Escandalo 2019 event on June 16th in Merida, Mexico, according to the Wrestling Observer Newsletter. Dave Meltzer reported that this event also drew a peak of around 14,000 Spanish language viewers and 7,000 English language viewers on AAA’s official Twitch channels during the AAA World Tag Team Championship match between The Lucha Bros and champions The Young Bucks.

Impact Wrestling reportedly are currently in negotiations with TJP for a potential official contract with the company, according to PWInsider.