Britt Baker Suffered a Concussion During Fight for the Fallen 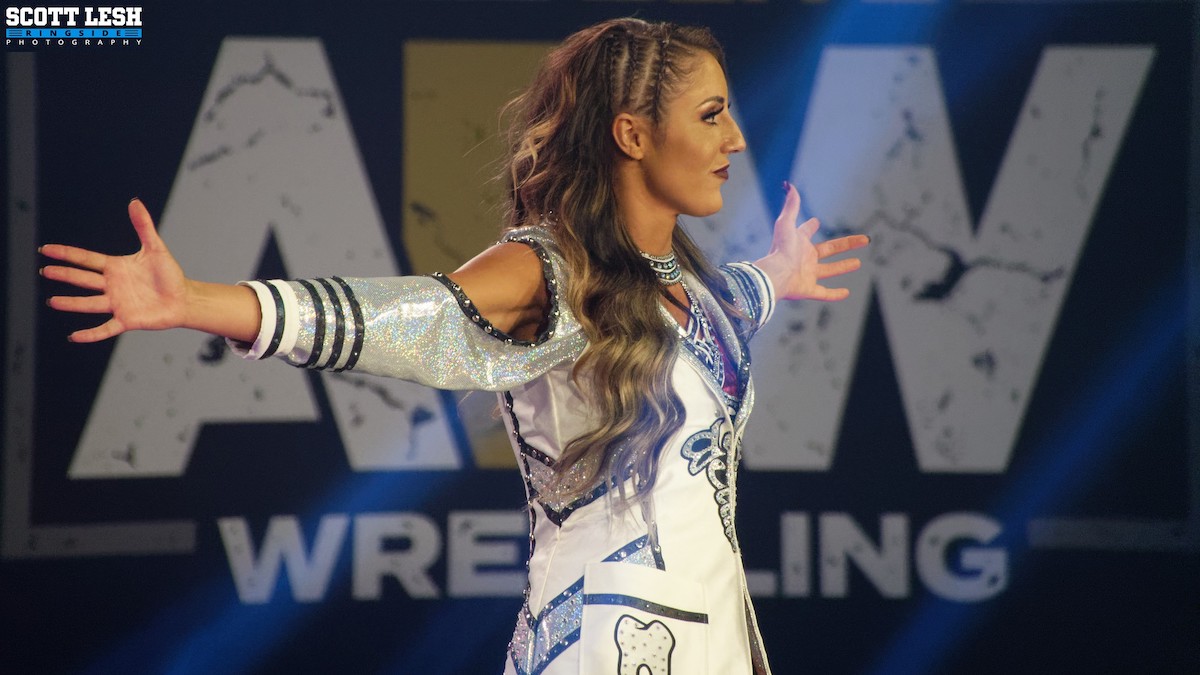 Britt Baker suffered a concussion during her match last night at Fight for the Fallen where she teamed with Riho in a losing effort against Bea Priestley & Shoko Nakajima.

Baker tweeted that she was concussed and that referee Aubrey Edwards checked on her for every hour of the night.

Hurriedly left the venue to take care of a concussed coworker and checked on her every hour of the night. Next pair is on me Ref Aubrey ♥️ https://t.co/L1t4OT28KE

The injury appeared to happen after a kick to the head by Bea Priestley. Baker held her head and seemed a little out of it for the remainder of the match. A few seconds after the kick, she tagged her opponent Shoko Nakajima instead of her partner Riho. When she did tag Riho, she crouched on the apron for a while holding her head.

Here's when Britt Baker suffered her concussion last night at Fight For The Fallen. pic.twitter.com/3kNUAAeCvc