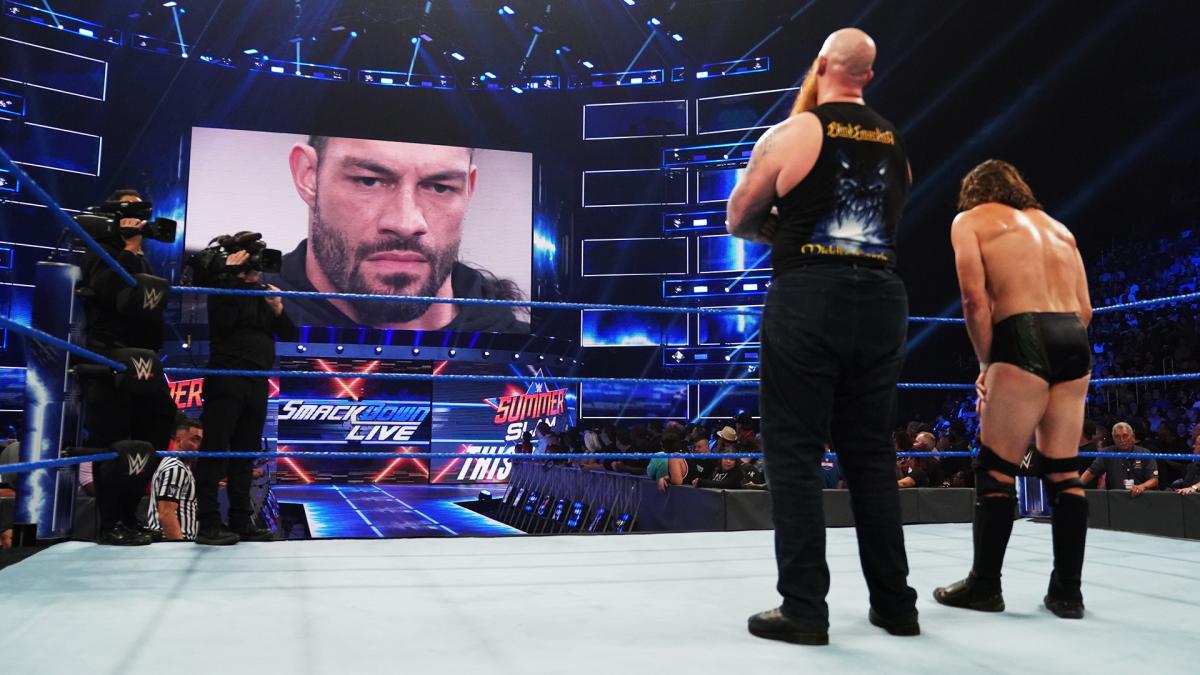 Last night on SmackDown, Roman Reigns forced Buddy Murphy to confess that he saw Rowan at the scene when scaffolding and crates fell on Reigns last week on SmackDown.

Looks like I had to beat a confession out of @WWE_Murphy, I’ll have no problem beating an explanation and an apology out of you. @ERICKROWAN #SDLive

In a backstage interview after SmackDown, Daniel Bryan responded to the allegations…

Whoa, whoa, whoa. This is typical media spin! And I like how you guys don’t try to put any of the blame on Roman Reigns. What happened when Roman Reigns asked Buddy Murphy? What happened? What did he say he saw?! He said he saw no one. And only when he had his head forced against the wall by Roman Reigns did he say anything about Rowan.

What would you do if I pinned your head to the wall and I said you couldn’t leave until you gave me a name? I guarantee you, you would give me a name.

I don’t know Buddy Murphy. I don’t care about Roman Reigns. All I know is Rowan has nothing to do with this.

Daniel Bryan vs. Roman Reigns is scheduled for several WWE house shows after SummerSlam. At one point, the plan was for them to wrestle at SummerSlam, but it looks like the match will be delayed to let the storyline play out some more, according to PWInsider.