How Many Tickets Have AEW Weeks 4 and 5 Sold? 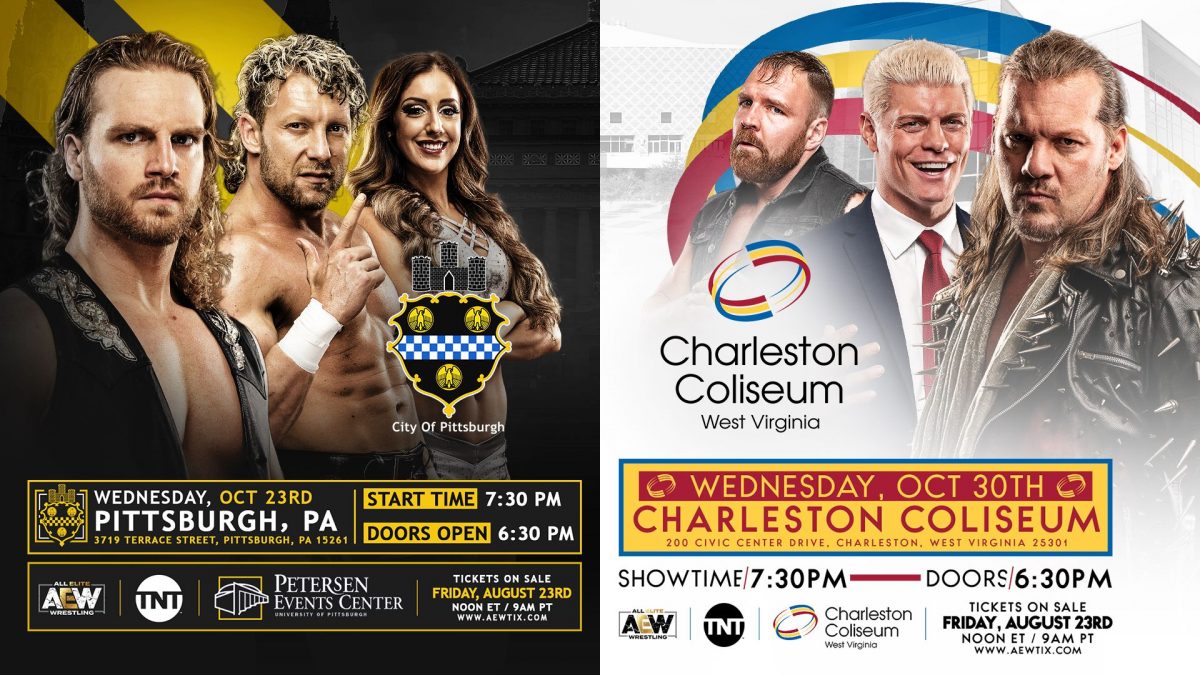 Weeks four and five of AEW on TNT, which will take place in Pittsburgh, PA and Charleston, WV, have not sold out yet.

For a comparison, Raw was in Pittsburgh on August 5 and drew about 6,000 total, according to Dave Meltzer. Raw’s venue, the PPG Paints Arena, can seat about 19,000.

There’s still a lot of time left to sell tickets, but Meltzer speculated that Charleston will probably be hard to sell out since it’s a relatively small city/metro area.

AEW’s first three weeks in DC, Boston and Philadelphia all sold out within a couple of hours.

AEW also said that their next location for the November 6 show will be announced this Monday at 12PM ET.