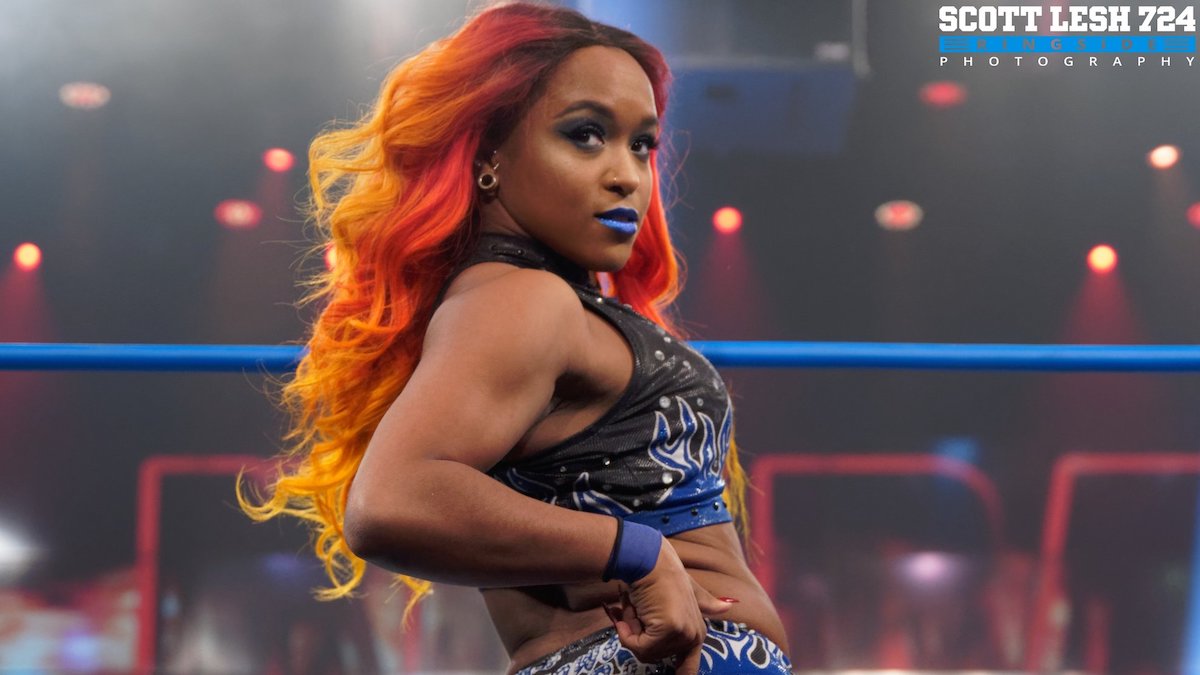 Talks between Impact and AXS TV to get Impact on the network appear to not be quite dead yet, the Wrestling Observer Newsletter says. They added that hardly anyone knows much about the talks since everyone involved has signed non-disclosure agreements preventing them from talking about it.

There were rumors last week that talks between Impact Wrestling and AXS TV appeared to have fallen though.

Impact’s parent company, Anthem, has been in talks with AXS TV since December about both buying the network outright and/or putting Impact’s weekly show on AXS.

Here’s what the Observer said: “The talks with AXS are not dead regarding television but we don’t know much more as there are NDA’s all over the place regarding the Anthem/AXS talks that started late last year.”

Based on that wording, it sounds like the deal for Anthem to buy AXS may be off, but talks about Impact airing on the network are not dead.

Kiera Hogan has signed a new multi-year deal with Impact, she announced in an interview with Outsports.

Question: How does it feel to feel to sign a new multi-year contract with Impact Wrestling?

Kiera: It’s honestly great, I’m so glad to continue to be a part of the roster and to continue to be a part of the Impact family, because, honestly, that’s what it is. I honestly wouldn’t want to be anywhere else. It’s the best locker room I’ve been in. Both men and women, we all look out for each other. We all are very close with each other. I just feel like we’re such a close knit family that all want to do something really great with this platform that we’ve been given. I’m just so happy to be able to stay around and grow with the company. It’s just so crazy to think about me talking about the Knockouts division when I was 16 years old, and saying how they had the best women’s wrestlers. To be a part of the division, I can actually vouch for that now. I knew in my heart that Impact was going to be my home.

Looks like you'll get to see more of #TheGirlOnFire in the years to come!! https://t.co/kjjm7gIgRl pic.twitter.com/N3fx67EzVi

Impact will have two nights of TV tapings back at the Melrose Ballroom in Queens, NY on November 5 and 6, according to PWInsider.