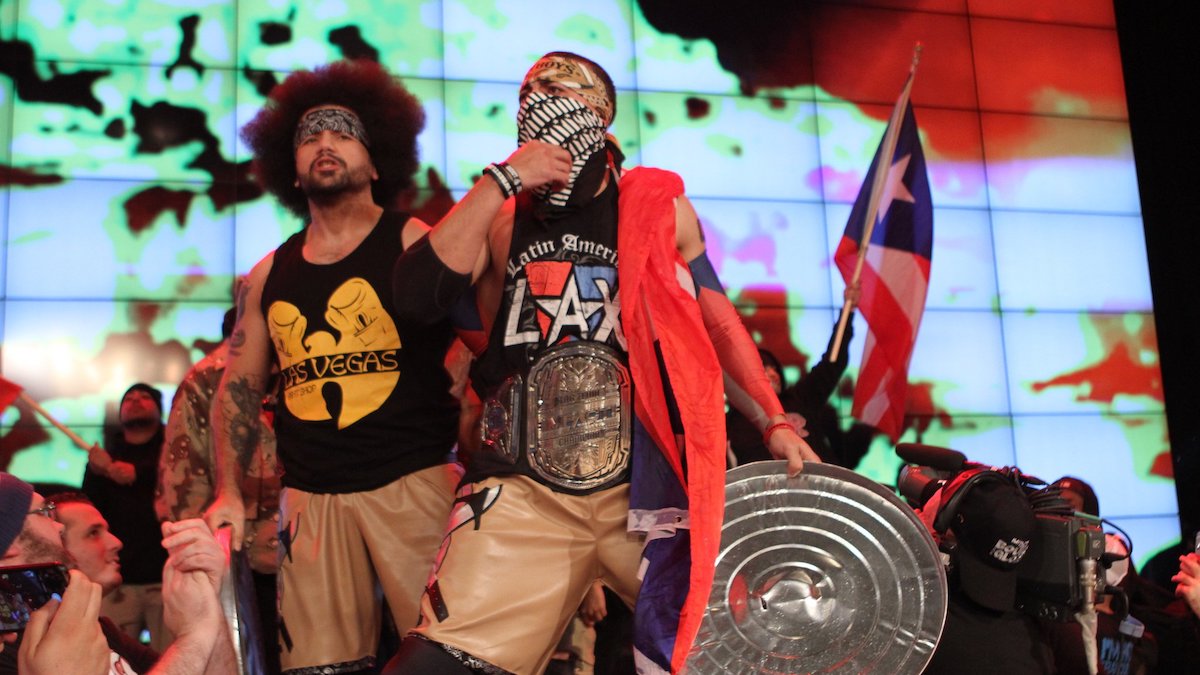 Impact will retain the rights to use the “LAX” (Latin American Xchange) name going forward, according to PWInsider.

This means that Santana and Ortiz, whose contracts with Impact expire this month, will not be able to use the “LAX” name if they sign with AEW or WWE.

There have been various members of the LAX stable in TNA/Impact since the group’s inception in 2005. Santana and Ortiz have only been using the LAX name since their debut in Impact in 2017.

Impact has a policy, which was implemented in 2017 after the Broken Hardys fiasco, that talent can use and own the trademarks to their names and characters that they develop while in Impact after they leave to wrestle elsewhere. But since LAX is a stable that was created years before Santana and Ortiz debuted, and has included several other wrestlers, it makes sense that Impact would want to keep the name.