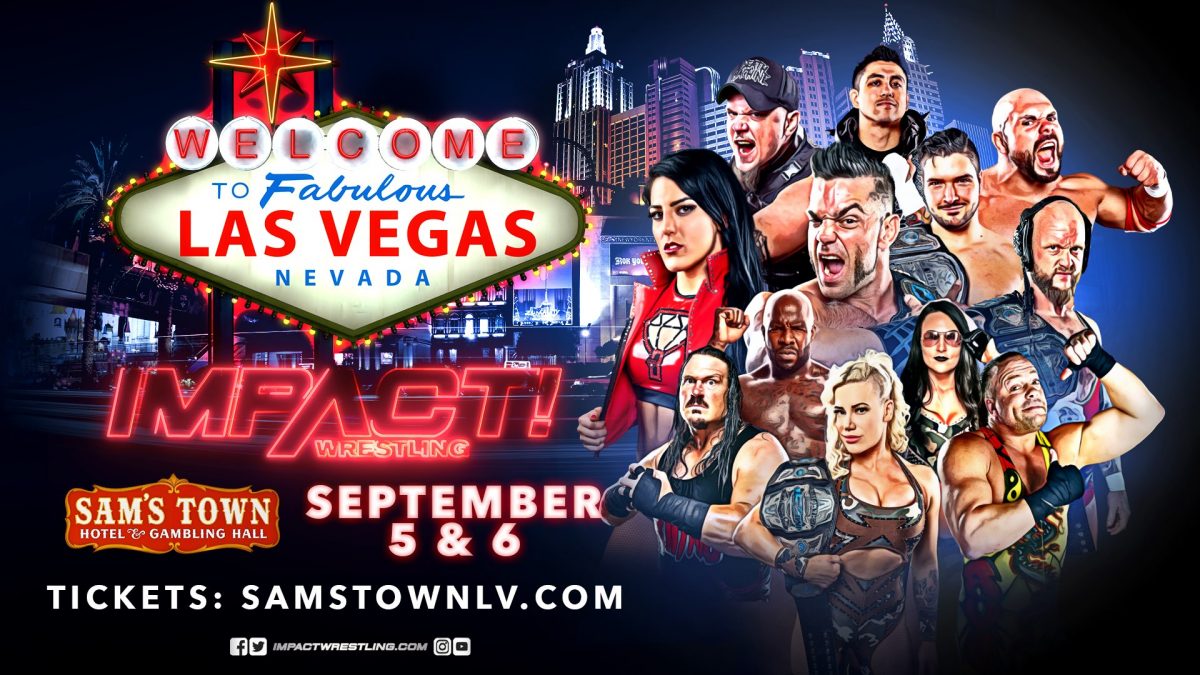 Havok defeated Taya Valkyrie by disqualification when John E Bravo interfered. Taya attacked Havok after the match, but Tenille Dashwood made the save.

Segment: Ken Shamrock, Moose – Shamrock came out to the ring and said that he has a problem with Moose and he’s not leaving until Moose comes out so he can put him in a grave. Moose was shown on the big screen bullying and attacking people at Shamrock’s gym. Shamrock was angry and left the ring to the back. Shamrock vs. Moose was announced for Bound for Glory.

Daga defeated Chris Bey – Jake and Dave Crist attacked Daga after the match and Tessa Blanchard, who is dating Daga, ran out for the save.

Rob Van Dam & Rhyno defeated The North via gore and Five Star Frog Splash. The North came out dressed as LAX, then Konnan came out and said that LAX may not be here, but he still has other friends who want to beat The North, then introduced RVD and Rhyno. This was a non-title match.

Wedding Ceremony: Brian Cage and Melissa Santos – They did a wedding segment with Cage and Santos. Most of the locker room was around the ring. Sami Callihan came out and said that he wasn’t invited or allowed at the wedding. He said he brought them a bottle of champagne, but wasn’t allowed in so he drank it himself. He then tried to hit Cage with the bottle, but he accidentally hit Santos instead. Callihan backed off and Cage carried Santos to the back.

In-Ring: Sami Callihan, Brian Cage – Callihan came out and read an “apology” off of a script for what happened at the wedding. Brian Cage then ran down and attacked him and oVe, but was “arrested” by police.

Moose defeated Stephan Bonnar – Moose attacked Bonnar after the match until Ken Shamrock ran out for the save and put Moose in an ankle lock.

Micheal Elgin defeated Fallah Bahh – TJP was in Bahh’s corner and checked on him after the match, but Elgin attacked him.

Sabu vs. Rohit Raju was a double count out after a top rope leg drop on Raju through a table on the outside, which kept both men down for the count out.

Daga & Tessa Blanchard defeated Jake Crist & Madman Fulton via The Magnum by Tessa on Jake. oVe attacked Tessa and Daga after the match and Brian Cage ran out for the save, but he was attacked with a chair by Sami Callihan. oVe then held down Cage and Callihan was going to attack him with a baseball bat, but Melissa Santos ran out. Callihan then attacked her and gave her a piledriver as Cage was held down and forced to watch by oVe.