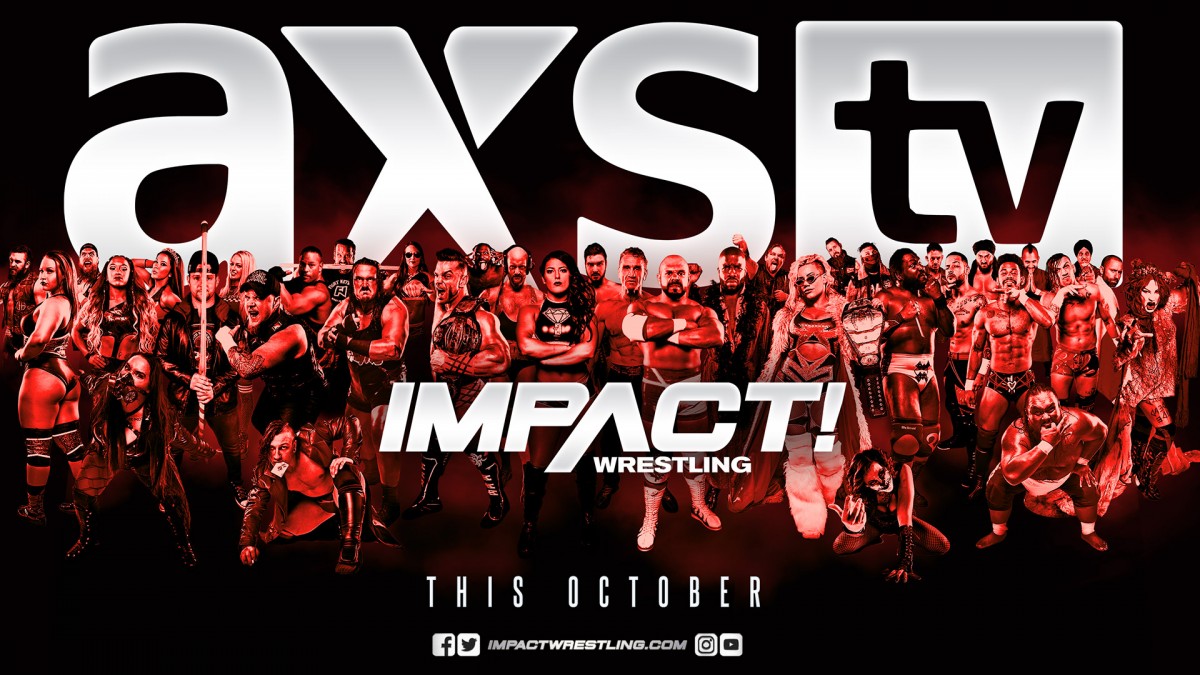 AXS TV announced that Impact will begin airing new episodes on the network on Tuesday, October 29, and the show will air every Tuesday from 8-10 PM ET.

Leading up to the October 29 premiere, AXS will also air old Impact PPVs on Tuesday nights starting on October 1. On October 22, they’ll air a preview show called “This is Impact!”

Leading up to the debut of its flagship weekly show IMPACT! on October 29, AXS TV will showcase IMPACT Wrestling’s critically acclaimed pay-per-view events of 2019, broadcasting each of Homecoming (October 1), Rebellion (October 8) and Slammiversary XVII (October 15) in their entirety and hosted by Executive Vice President Scott D’Amore and the voice of IMPACT Wrestling Josh Mathews. Finally, on October 22, THIS IS IMPACT! will serve as a launchpad for the promotion’s AXS TV debut, featuring a preview of the weekly series, profiles on IMPACT Wrestling’s biggest stars and exclusive non-televised matches from BOUND FOR GLORY, IMPACT Wrestling’s biggest pay-per-view event of the year to be held on Sunday, October 20 in Chicago .

“The incredible athleticism of our roster, dynamic characters and accomplished story-telling deliver must-see weekly programming that has captured the attention of professional wrestling fans around the world,” said Ed Nordholm, Chief Corporate Officer of Anthem Sports & Entertainment and president of IMPACT Wrestling. “We are excited to bring the best professional wrestling on television to AXS TV, long recognized as a premier destination for world class sports entertainment programming”

Since its inception in 2002 IMPACT! has been a leading destination for professional wrestling fans, televised globally in 120 countries, while growing its popularity and reach on YouTube, Twitch, Pluto and social media platforms.

For more information about IMPACT! on AXS TV or for tickets to BOUND FOR GLORY Oct. 20 at the Odeum Expo Center in Villa Park, Illinois visit https://impactwrestling.com.