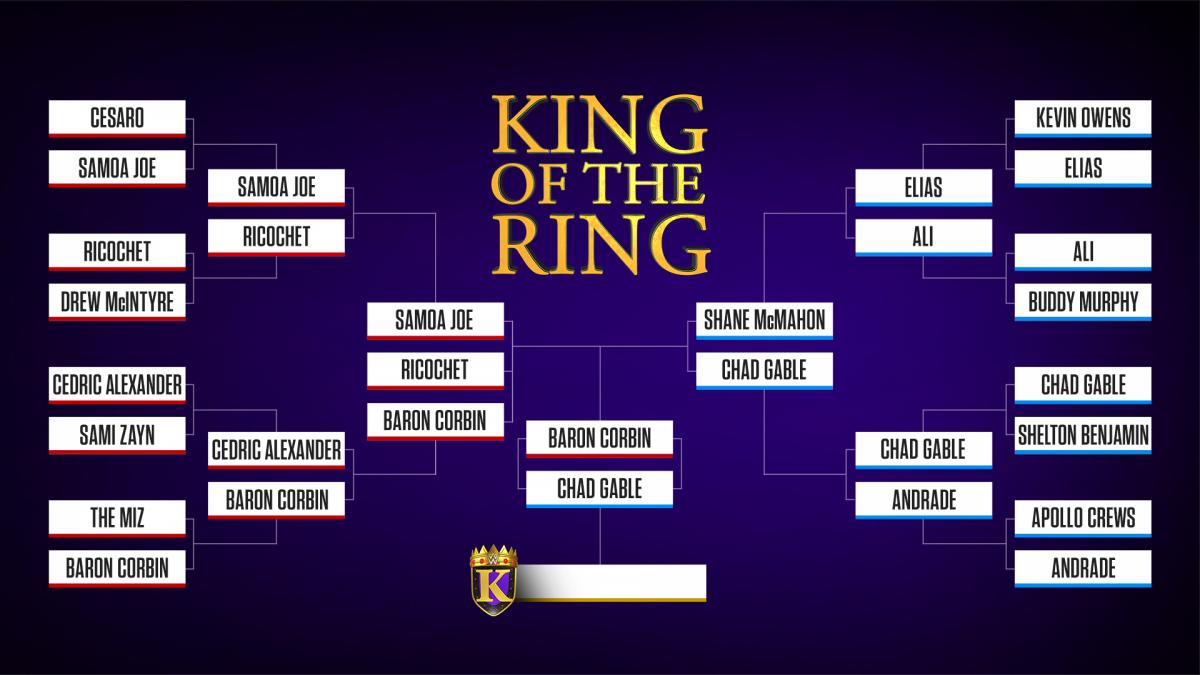 The King of the Ring final will be Chad Gable vs. Baron Corbin and it will take place on next Monday’s Raw, WWE says.

It was originally planned for the Clash of Champions PPV this Sunday, but it’s apparently been moved.

Shane McMahon replacing Elias in the King of the Ring match tonight against Chad Gable was a Vince McMahon decision, according to PWInsider.

After Elias went down with an injury, one idea that was pitched was a battle royal to determine Gable’s opponent, but that obviously didn’t happen.