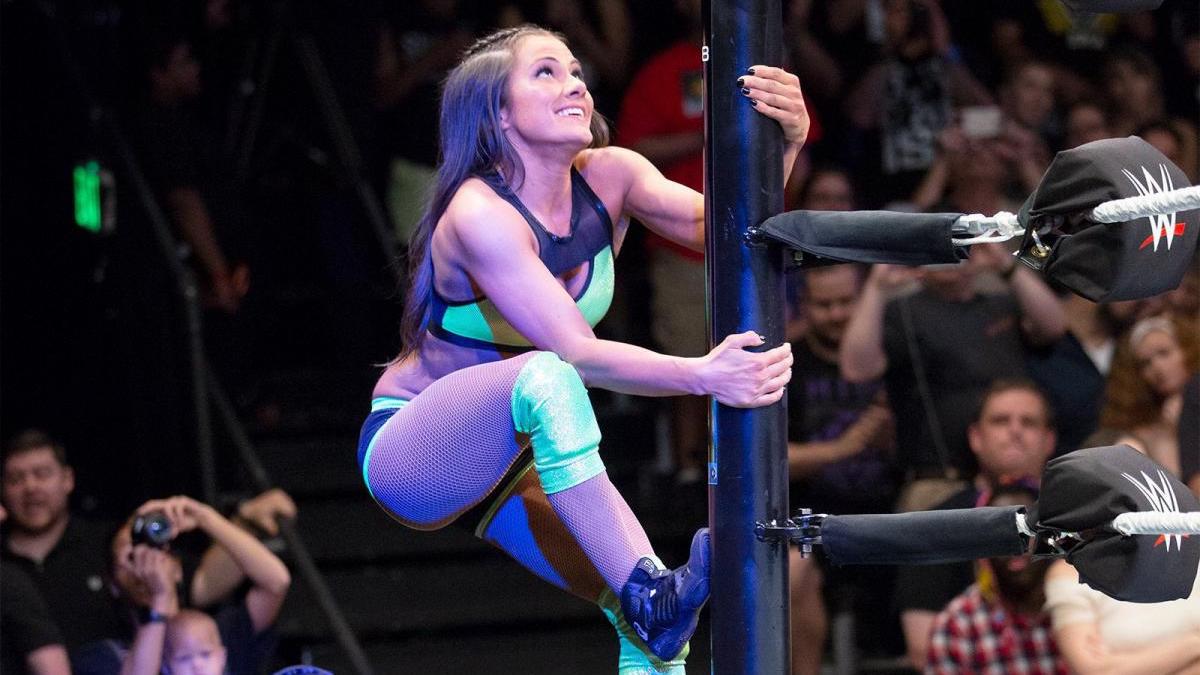 Last week, it was reported by Squared Circle Sirens that Kacy Catanzaro was going to quit WWE.

As of a couple of days ago, she was still under contract with the company, according to the Wrestling Observer Newsletter. But there were absolutely rumors backstage in WWE that she had quit last weekend, the Observer added.

According to Squared Circle Sirens, WWE was trying to get her to reconsider.

The Observer added that WWE sources say that she is not injured to any significant degree. There were reports that she had suffered a back injury, which was one of the reasons for her wanting to quit.

Ricochet, who is dating Catanzaro, commented on the story to Sports Illustrated‘s Justin Barrasso:

Barrasso: There was a report earlier in the week that Kacy Catanzaro handed in her notice to WWE. You and Kacy are best friends and dating. Can you share an update on whether Kacy is still with WWE?

Ricochet: She’s still with the company. She’s not retired at all and she’s not injured. It’s a tough sport and we’re all hurting, but there is nothing wrong with her.

Barrasso: Will she wrestle again?

Ricochet: I don’t know. She’s very family-oriented and she wants kids, so she doesn’t know if being on the road so much is for her. For me, I’m already too deep—I’m on the road all the time. She loves wrestling and she loves it here, and she’s so good at it, so it’s a very tough decision for her.