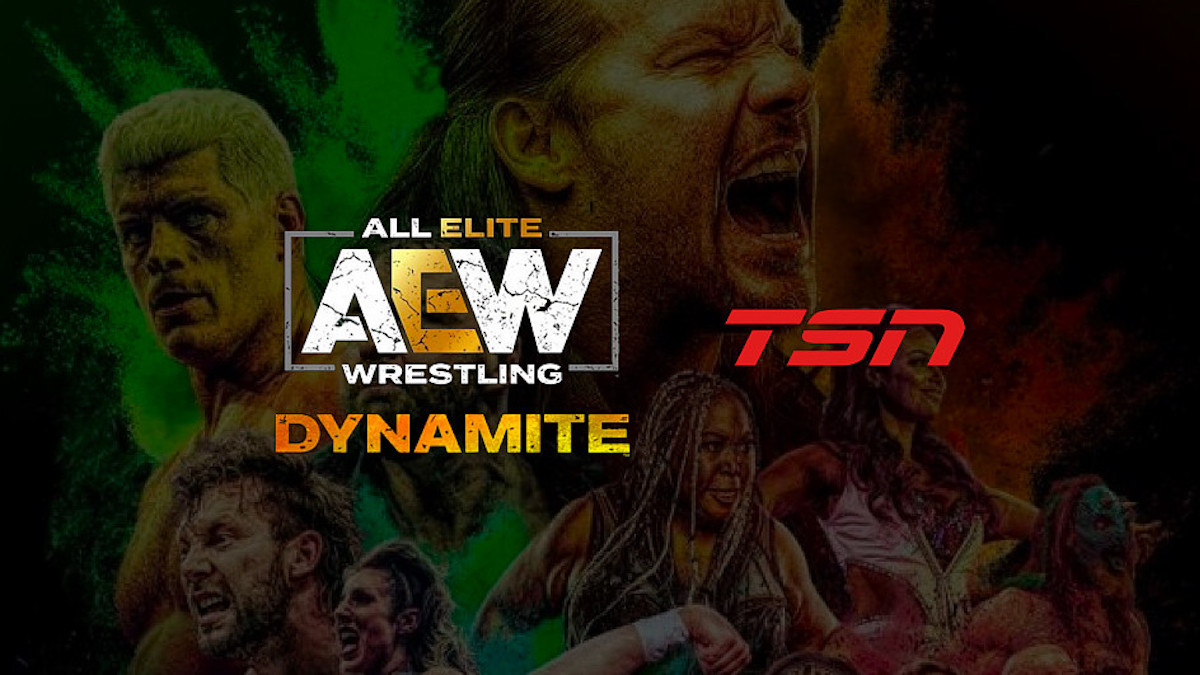 As mentioned yesterday, AEW has signed a deal with TSN in Canada to air AEW Dynamite live every Wednesday at 8 PM ET.

AEW and TSN made the deal official today with a press release and a few additional details.

TSN and TSN Direct subscribers can watch the all-new AEW DYNAMITE every Wednesday at 8 p.m. ET on TSN’s digital streaming platforms, including TSN.ca and the TSN app, and on the network’s five national television feeds (subject to final scheduling confirmation). TSN’s AEW DYNAMITE schedule for the month of October is as follows:

“For many, many years, Canada has been home not only to some of the most legendary wrestlers ever, both past and present, but also to some of the most knowledgeable and passionate fans anywhere in the world today,” said Tony Khan, CEO of AEW. “I’m thrilled that we are teaming with TSN to show AEW DYNAMITE live in Canada. TSN has great history broadcasting wrestling, and I know they will be a great partner for AEW and our fans.”

“We were overwhelmed with fans’ outpouring of support for our OMEGA MAN documentary earlier this year, and that incredible response has primed TSN to showcase Kenny Omega and the rest of AEW’s high-octane talent for fans across the country,” said Shawn Redmond, Vice-President, Discovery and TSN. “AEW DYNAMITE is headlined by two Canadian mega-stars alongside a growing roster of must-see wrestlers, and we’re very excited to deliver the wrestling world’s game-changing new series to TSN subscribers.”

TSN’s coverage of AEW DYNAMITE is also available for on-demand viewing to TSN and TSN Direct subscribers via TSN.ca/Live and the TSN app.