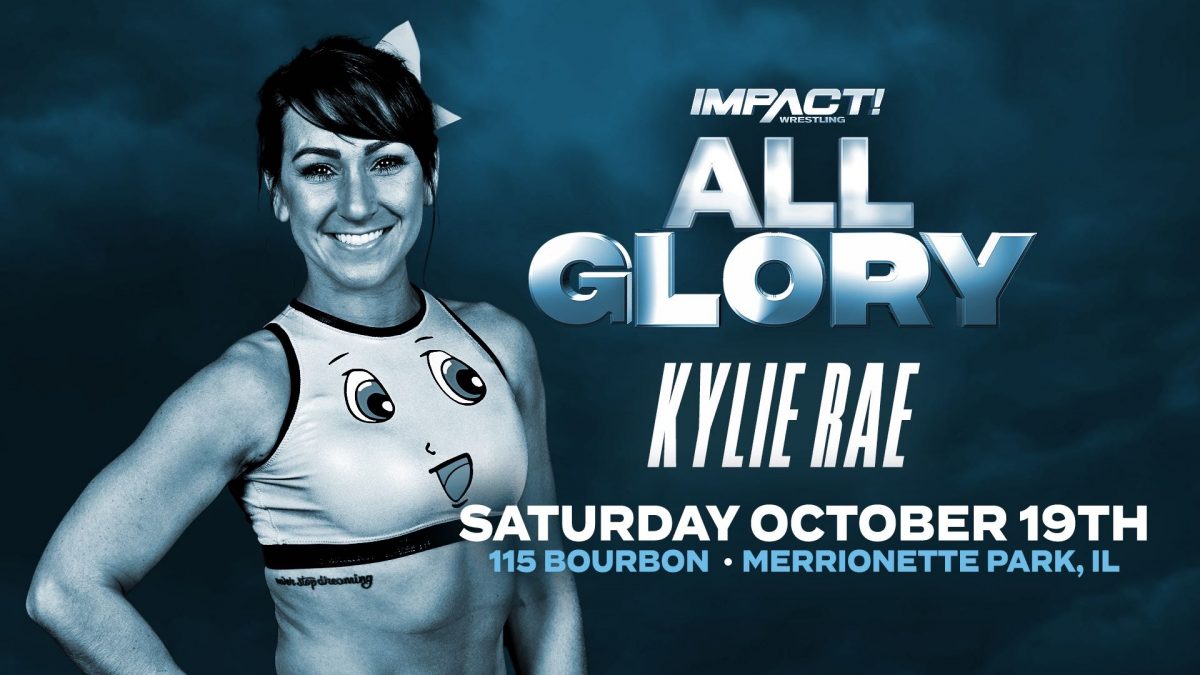 Impact announced that Kylie Rae will be part of their “All Glory” streaming Twitch special on October 19 in Merrionette Park, IL. This doesn’t mean that she’s been signed to Impact or that she’ll be on other shows going forward.

The special will mostly feature local indie wrestlers and some Impact talent. Kylie is based in the Chicago area where the show is taking place.

IMPACT Wrestling is teaming up with Warrior Wrestling and Zelo Pro Wrestling to bring fans a night they’re never going to forget. On the eve of Bound for Glory, IMPACT Wrestling is hosting All Glory – an event that allows fans to engage and interact with IMPACT Wrestling’s loaded roster, watch Chicago’s top local talent compete LIVE, plus more events that will be announced in the weeks leading up to this jam-packed weekend.

It will presumably stream for free on Impact’s Twitch channel on Saturday, October 19 at 7 PM ET.

It was announced last month that Kylie Rae had requested her release from AEW for an unknown reason. She returned to the ring after a months-long absence two weeks ago at a Freelance Wrestling show in Frankfort, IL.