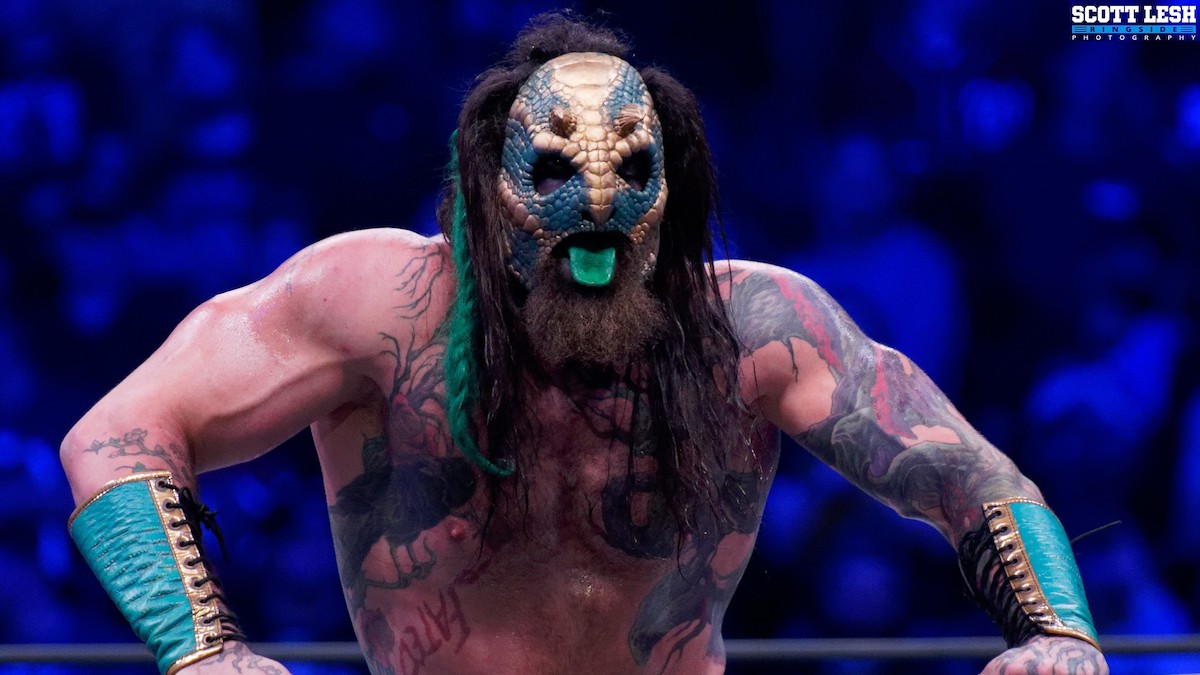 Luchasaurus suffered a torn hamstring while preparing for his scheduled match tonight on AEW Dynamite.

An update on the Jurassic Express’s Patreon says this:

If you haven’t heard, Luchasaurus/Austin is injured. He tore his hamstring while preparing for the match.

Marko Stunt will be taking his place. Please cheer him on, this is HUGE for him. And Austin will be back soon.

Luchasaurus was scheduled to team with Jungle Boy against the Lucha Brothers in the AEW Tag Team title tournament. Fellow Jurassic Express member Marko Stunt took his place and the Lucha Bros ended up winning the match.

On the show, Excalibur said that Luchasaurus suffered a “non-contact thigh injury” and was “at the hospital.” He added that it was a “serious injury.” The Patreon update says that he’ll “be back soon” so it’s not clear how serious it is.