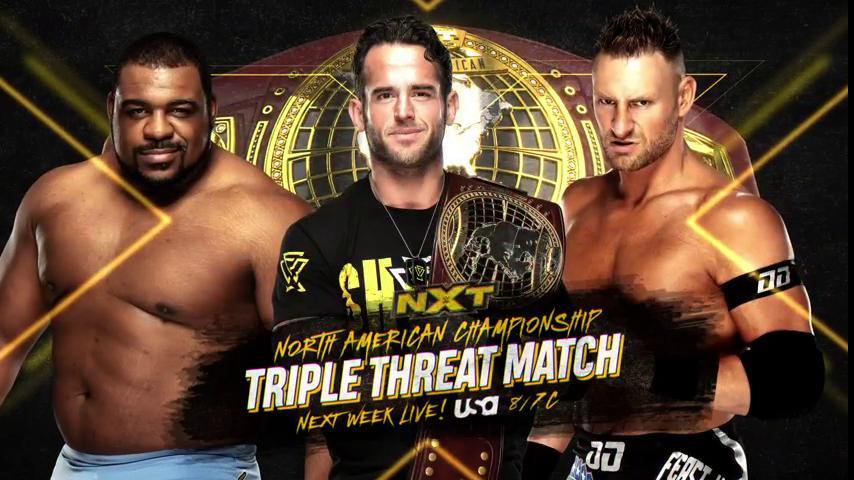 Two matches have been announced for next week’s NXT episode.

NXT North American Championship: Roderick Strong (c) vs. Keith Lee vs. Dominik Dijakovic – Lee and Dijakovic wrestled each other on tonight’s episode, with the winner promised a shot at the North American title next week. Strong attacked both men and caused a double disqualification, but GM William Regal announced that the title match next week will be a triple threat.