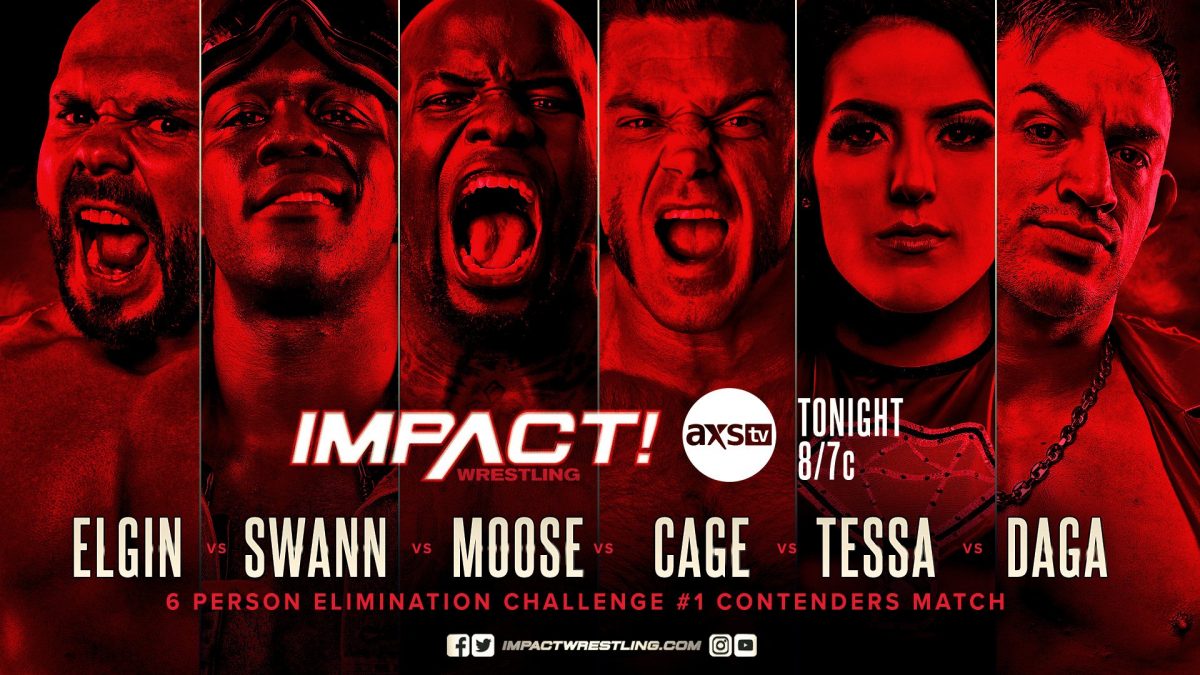 The Deaners vs. The Rascalz vs. Reno Scum vs. Desi Hit Squad

Cody Deaner dove through the ropes, taking out everybody by the ramp. Cousin Jake then tosses Adam Thornstowe over the ropes with the Overhead Release Suplex. It would be Dez’s turn as he lands the Cartwheel Handspring Space Flying Tiger Drop over the ropes. Dez and Wentz hit the Hot Fire Flame onto Cousin Jake and they pick up the win.

After the match, Dez and Wentz are attacked by Reno Scum. Trey runs out from backstage and lands a Double Missile Dropkick on Reno Scum. Ace Austin would run out as well and he lays out Trey with his belt. He would finish Trey off with a Backfist, while Trey’s mother watches in the crowd.

Bravo attempts the clothesline on Jordynne but misses. Jordynne then dives through the ropes onto the floor and takes out Bravo. Taya grabs Jordynne’s ankle while Bravo hits her in the back with the Double Axe Handle. Jordynne begins an onslaught on Bravo while Taya escapes up the ramp. She would make quick work of Bravo and pins him for the victory.

.@HakimZane and @TrueRajSingh taking out their frustration after their defeat by bullying and assaulting @FALLAH1. #IMPACTonAXSTV pic.twitter.com/Y54PT90V2F

.@TherealRVD was scheduled to return to IMPACT tonight but we received this message from him. #IMPACTonAXSTV pic.twitter.com/ntL0OJNmQM

A power struggle has emerged between @WeAreRosemary and Father James Mitchell over @realsuyung. #IMPACTonAXSTV pic.twitter.com/xBojR66kZr

Swinger was in control of this match from the beginning. Buck Gunderson would hit a couple of dropkicks onto Swinger but that’s all he could manage. Swinger lands the Swinger Neckbreaker and gets the victory.

After the match Ken Shamrock comes out to the ring looking for revenge on Swinger for defecating in his bag last week. Shamrock lights up Swinger with a fury of punches. He puts Swinger into an Ankle Lock and makes Swinger tap out.

"Don't make him touch your dick."

We're journeying back in time to 1983 next week as IPWF presents wrestling how it used to be. #IMPACTonAXSTV pic.twitter.com/SjVILyTkvU

Moose and Daga open up this match. Daga was in control of the match early, using his speed and athleticism. Daga gets the first pin attempt but Moose wouldn’t be held down for long. He lands the No Jackhammer Needed and gets the victory.

Next up was Rich Swann to face Moose. Moose lands a huge Dropkick on Rich and sends him flying out of the ring. Rich hits a cutter on Moose but he’s able to kick out at the last second. Moose gains the upper hand and attempts the No Jackhammer Needed but Rich is able to counter into a pinfall victory.

Then it was Michael Elgin’s turn to face Rich. Elgin was overpowering Rich early and hits a One Arm Dragon Suplex, appearing to take Rich out. He counters Elgin’s next attack with two Reverse Ranas and almost gets the pin but Elgin kicks out. Elgin regains control of the match and has Rich cornered, almost looking knocked out. He was just about to punch Rich but the referee would grab Elgin’s arm, stopping him. He turns around to shove the referee and is disqualified, sending Rich Swann on to face Brian Cage.

Rich seemed to be running on fumes at this point, he had been in the ring for over 30 minutes. He was able to land a few good kicks on Brian and even attempted the Phoenix Splash but came up short. Brian hits Weapon X and defeated Rich Swann.

The last competitor is Tessa Blanchard, and she came out swinging. Her relentless, non-stop offence was proving to be trouble for Brian. She lands two dives on Brian but he catches her third attempt and hits the F5, sending her crashing down on the apron. Cage was in total control at one point, tossing her around the ring. Tessa lands the DDT but couldn’t keep Brian down as he kicks out. She would then land a Cutter followed by a Buzzsaw DDT but again Brian kicks out. Tessa counters Brian’s attack and lands the Magnum, coming within milliseconds of victory but Brian is able to break free. Brian attempts to land Weapon X and Tessa counters again, pinning him for the victory.