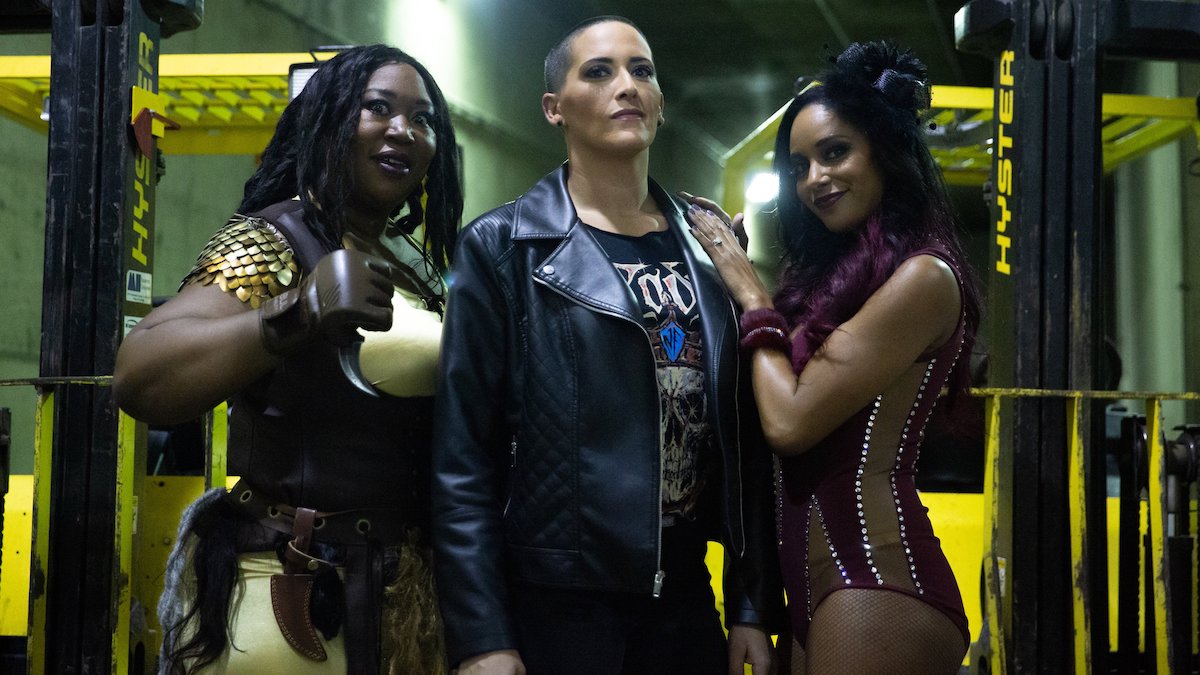 The woman in the audience who joined Brandi Rhodes’ “Nightmare Collective” stable tonight and willingly had her head shaved is Melanie Cruise, who has wrestled in several indie promotions, including SHIMMER and RISE.

It looks like she’ll be part of Brandi and Awesome Kong’s stable going forward.

A ringside fan (who may or may not have been seen last night at Guido's) is joining @TheBrandiRhodes and @MeanQueenK… What is going on here???#AEWDynamite pic.twitter.com/eLijfIpgfF

AEW spoofed Britt Baker’s appearance on NXT TakeOver last month, where she was shown sitting in the crowd looking concerned after her boyfriend Adam Cole was smashed through a table from the top of the WarGames cage. Mauro Ranallo mentioned her by name when she appeared on screen, saying, “Adam Cole’s girlfriend Britt Baker looking on with concern.”

During commercials tonight, Nyla Rose put a referee through a table and Baker was shown at ringside with the same concerned look. Excalibur said, “That’s Adam Cole’s girlfriend.”

THEY DID THE BRITT BAKER LOOKING ON FROM THE CROWD TAKEOVER SPOT! #AEWDynamite pic.twitter.com/3Aut0Onq8S 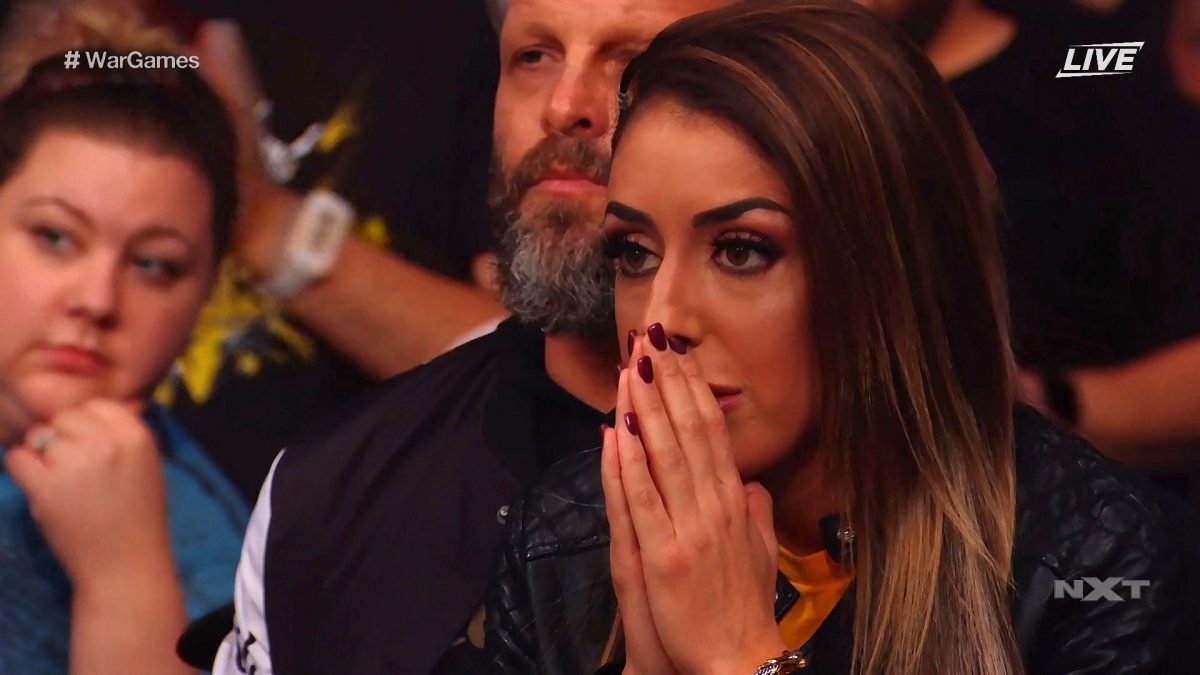 MJF cut a promo tonight, which didn’t air on TV and was only released on AEW’s Twitter account, possibly because of time constraints.

In the promo, MJF revealed that he paid The Butcher and The Blade to attack Cody last week.

.@The_MJF has a response to Cody