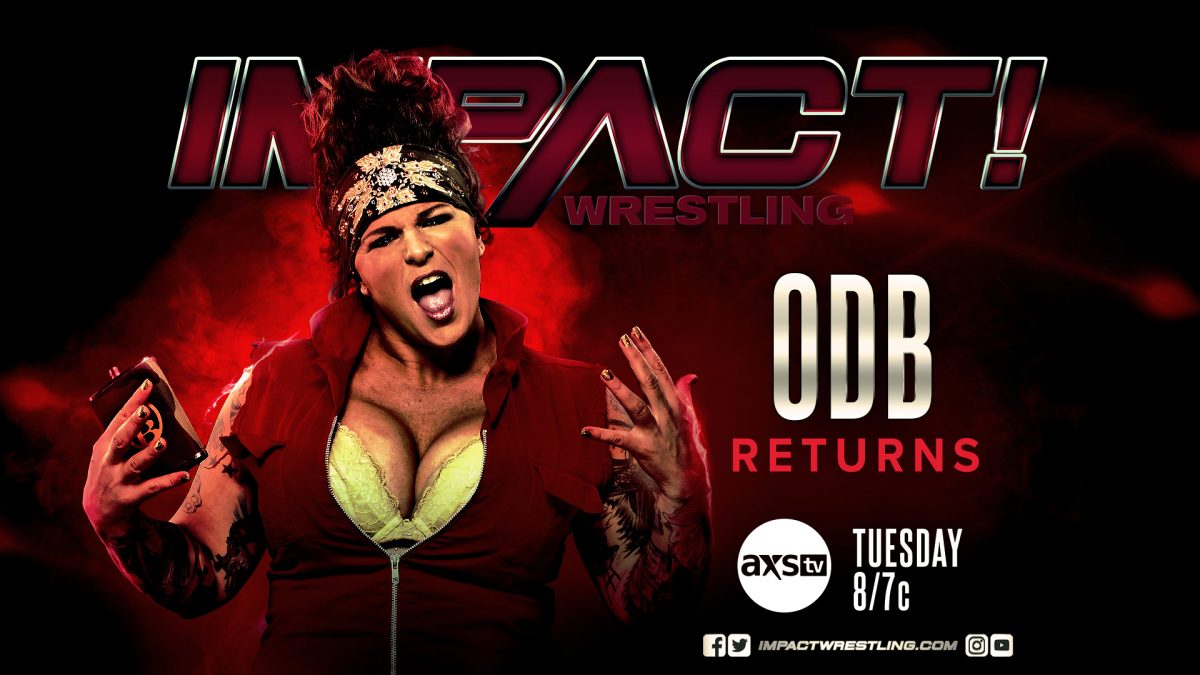 Eddie flies but Cage catches him in mid-air. Eddie reverses into a Hurricanrana on the outside. Eddie hits a vertical suplex, followed by another Hurricanrana in the ring to build momentum. Eddie connects with the Blue Thunder Bomb for a near fall. Cage comes back with a huge clothesline, turning Eddie inside out. Mid-match, Michael Elgin comes to the ring and hits both Cage and Eddie with a double clothesline.

The match is restarted as a Triple Threat after Elgin’s interference. Cage flips over the top rope, crashing into both men on the floor. All three competitors exchange Superkicks in the middle of the ring. Elgin hits a vicious German Suplex on Eddie and Cage. Elgin jumps off the top into Eddie and Cage on the outside. Eddie connects with a Backpack Stunner on Cage, then transitions into the Half Boston Crab. Cage hits Elgin with the Alabama Slam, Eddie takes out Cage with the Boston Knee Party. Elgin takes Cage into the corner with a buckle bomb, followed by the Elgin Bomb on Eddie to win.

In the Treehouse, Trey is furious about what X-Division Champion Ace Austin said about his mom last week. She joins them in the Treehouse and Trey tells her he doesn’t want her at ringside tonight because she’s a distraction.

Moose is still claiming to be the greatest multi-sport athlete of all time, despite coming up short in the Elimination Challenge. Moose interrupts a basketball game between two young kids to prove that he can shoot flawlessly. Moose ends up beating the two kids up, leaving one hanging off the net.

Josh Mathews welcomes back ODB to IMPACT Wrestling after he food truck burned down. Josh reveals that all the ticket proceeds tonight will go to her. ODB speaks on her passion for food trucking when Knockouts Champion Taya Valkyrie and John E Bravo interrupt. Taya sarcastically shows sympathy for ODB and tell her to get off her show. ODB has heard enough and attacks Taya until John E Bravo drags her out of the ring. Taya retreats while ODB stands tall. It is revealed that Taya will go one-on-one with ODB later tonight.

Josh Mathews and Scott D’amore host a press conference for the historic Sami Callihan vs Tessa Blanchard World Championship match at Hard To Kill on January 12th. Tessa claims she will make history as the first woman to hold the World Championship. Callihan says that Tessa has had everything handed to her and that he was the only one who truly treated her like an equal.

Ace tries to papercut Trey in the early going but he avoids it. Trey’s mom watches on as Ace and Reno Scum wear down Dez on their side of the ring. Dez finally fights free and gets the hot tag to Trey who goes on the attack. Wentz launches himself off the back of Dez, crashing into Luster on the outside. Thornstowe is next to fly with a dive to the floor. Trey caps things off with a Step Up Corkscrew Press. Ace talks to Trey’s mom at ringside, forcing Trey to leave the ring and attack him. Thornstowe rolls up Wentz off the distraction to win.

Jordynne Grace wishes ODB luck in her match against Taya Valkyrie tonight and donates to help rebuild her food truck. Jordynne will challenge Taya for the Knockouts Title at Hard To Kill.

Johnny Swinger wants to start an alliance with Joey Ryan and Joey surprisingly agrees to the idea.

Rob Van Dam and Katie Forbes return to IMPACT Wrestling after a hiatus. Rob said he had to take an extended vacation because it’s stressful having everyone try to be him. RVD says the fans expect him to continue to raise the bar but he thinks he’s done enough for this industry. Tommy Dreamer interrupts and suggests a match between RVD and Rhino with him as the special guest referee, just like the good old days. RVD turns him down and starts to leave when Rhino attacks him on the ramp. Security holds Rhino back as RVD retreats.

Chris Sabin, Acey Romero and Willie Mack praise Rich Swann for his amazing performance in the Elimination Challenge. The North sarcastically wish Swann luck in his World Championship match this Saturday at No Surrender on IMPACT+.

Gabby Loren interviews Fallah Bahh after he was bullied and brutalized by the Desi Hit Squad last week. She asks him if he plans to fight back. In a shocking turn of events, Fallah speaks english and tells her he’s going to fight back.

.@FALLAH1 doesn't plan to back down from The Desi Hit Squad. #IMPACTonAXSTV pic.twitter.com/3bJd0cMDkc

Father James Mitchell introduces Susie to Havok and promises they will be best friends.

Swinger offers Petey a handshake but he turns him down and almost scores the quick win with a rollup. Petey uses his speed advantage to send Swinger retreating to the floor. Swinger hangs up Petey on the ropes to gain the advantage. Petey hits a Codebreaker, followed by a side Canadian Legsweep. Petey locks in the Sharpshooter, forcing Swinger to tap. Joey Ryan was nowhere to be found after agreeing to enter a new clique with Swinger earlier tonight.

ODB goes for her flask in the early going but Bravo grabs it. ODB offers Bravo a drink and he likes it. ODB puts his face in her chest, then hits Taya with a flapjack for a one count. Taya turns it around with her signature double knees in the corner. ODB repeatedly drives Taya’s head into the turnbuckle with the Dirty Dozen. ODB connects with the Bronco Buster. Bravo wants another shot from the flask. ODB gives it to him, allowing Taya to regain control off the distraction. Bravo has had a bit too much to drink as he taunts the crowd on the ramp. Jordynne Grace comes down to stop him. ODB rolls up Taya and scores the huge upset win off the distraction.