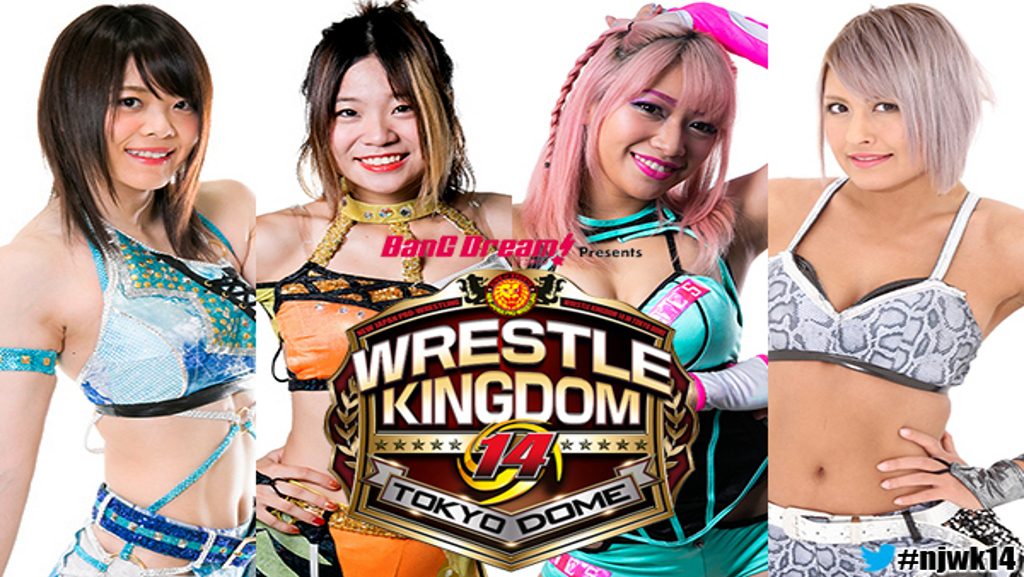 As noted before, New Japan Pro Wrestling recently announced that a women’s match was added to the card of their Wrestle Kingdom 14 event, which takes place on January 4th and 5th at the Tokyo Dome in Tokyo, Japan. This match will feature talent from all-women’s promotion Stardom, which was purchased by NJPW’s parent company Bushiroad this past October.

Dave Meltzer reported in this past week’s Wrestling Observer Newsletter that talks within NJPW regarding a potential match from Stardom being added to Wrestle Kingdom 14 were finalized in late November and were kept a secret until its official announcement this past week.

Meltzer reported that NJPW officials initially were against the idea of adding a women’s match to the event’s card but were pressured by Bushiroad’s president Takaaki Kidani to reconsider their stance. Some within the company felt that it went against the long held view of men’s and women’s wrestling being treated as separate products catering to different fans in Japan.

It was also reported that broadcasting issues regarding television networks in Japan was the main reason why this women’s match will not air live on New Japan World. NJPW has a television deal with TV-Asahi, who also are the co-owners of New Japan World, while Stardom currently has a television deal with Tokyo MX and BS Nippon TV, which are rivals of TV-Asahi. Meltzer speculated that the match might be made available to watch at a later date on Stardom World but the possibility of it actually happening are likely slim due to the match’s broadcasting rights being held by TV-Asahi.