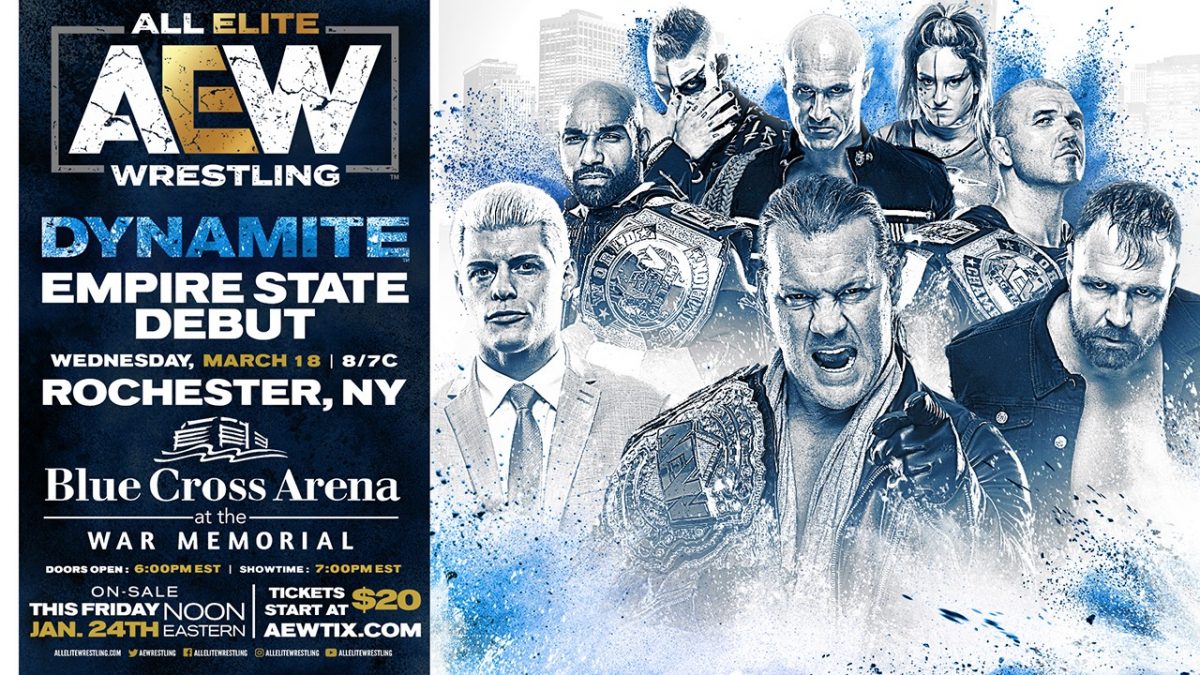 AEW will be making its New York state debut with an episode of Dynamite on March 18 in Rochester, NY at the Blue Cross Arena, which seats 11,000-13,000.

AEW will be in the New York City metropolitan area the next week on March 25 in Newark, NJ. Rochester, in upstate NY, is about a 5-6 hour drive away from NYC.

#AEWDynamite is coming to the Blue Cross Arena when All Elite Wrestling makes its Empire State debut on Wed, March 18th!