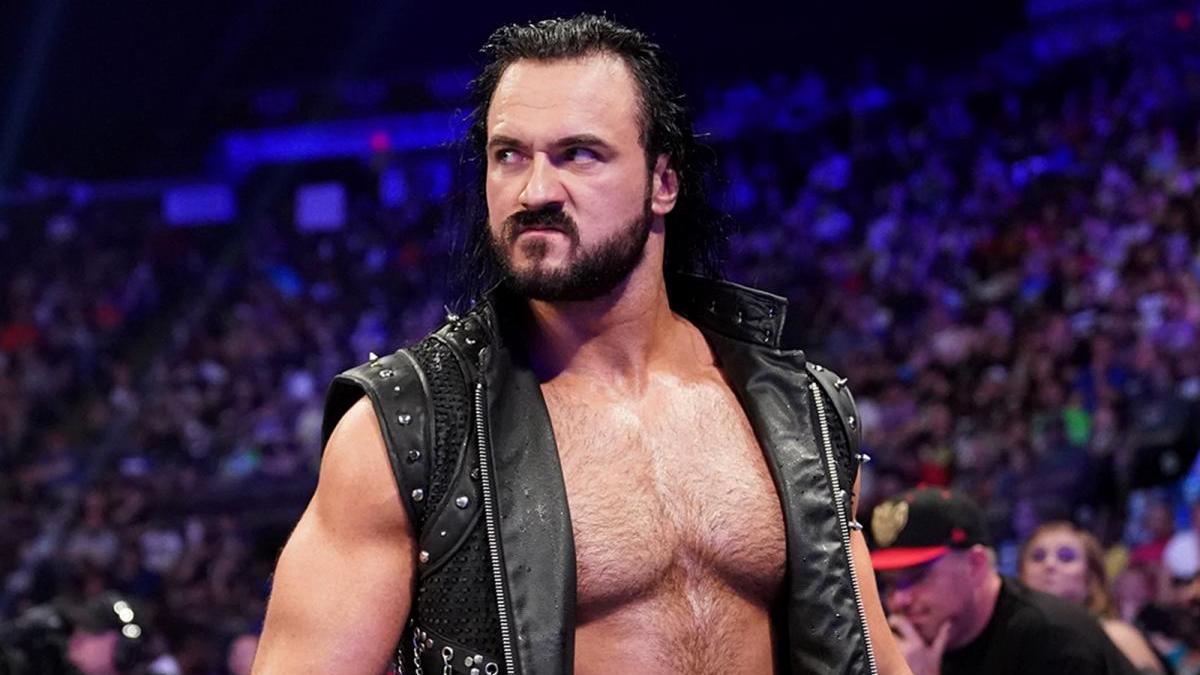 Drew McIntyre Comments on Origin of His WWE Ring Name

The debut episode of WWE Break It Down on the WWE Network featured Drew McIntyre as the guest. One of the topics discussed during the episode was the origin of McIntyre’s ring name in WWE.

“Stephanie McMahon, says to myself and Michael Hayes, ‘Is Drew Galloway your real name?’ I said yeah and she said, ‘Hmm… we’re gonna need to change that,’ and I’m on in legitimately about two matches, maybe ten minutes max. So myself and Michael Hayes ran straight to talent relations. He quickly told them bring up Wikipedia — a bunch of Scottish names. We went from A all the way through, listening to all these names with a very limited time frame to get a new name and as soon as I heard McDonald first, he [Michael Hayes] liked. I went, ‘Nope! I know a Drew McDonald, can’t be him. I need three syllables. Fans have to chant it when I’m good one day’ and he said McIntyre with Mac-In-Tyre. That’s the one. We ran straight back to Gorilla and they quickly told the ring announcer, ‘His name is Drew McIntyre now’ and the music hit, and if you look closely, the screen behind me, you may catch the ‘Galloway’ on the screen because of the titantron. It said Drew Galloway.”

A new Prime Target special and episode of WWE Untold are among the new content arriving this month to the WWE Network, according to WWENetworkNews.com.

A new special in the Prime Target series will be airing on January 9th on the WWE Network. This special is titled Prime Target: NXT UK Takeover: Blackpool II and focuses on the upcoming NXT UK TakeOver event, which takes place on January 12th in Blackpool, England.

In regards to NXT UK, WWE currently does not have a new episode listed to be airing this Thursday on the WWE Network. This upcoming Prime Target special will be airing instead during NXT UK’s usual time slot.

A new episode of the WWE Untold series will be airing on January 19th on the WWE Network. This episode will be focusing on Rey Mysterio’s historic victory at WWE’s Royal Rumble 2006 event. A preview teaser for the upcoming episode can be seen below.

Relive @reymysterio's legendary #RoyalRumble 2006 win with the man himself when a NEW #WWEUntold drops on January 19th! pic.twitter.com/x5vanxdkC7

Major League Wrestling announced that Erick Stevens will be making his official debut for the company at their Zero Hour event on January 11th in North Richland Hills, Texas. Stevens was announced to be facing off against Douglas James in a singles match at the event.

Chris Jericho and Cody Rhodes are currently holding fundraisers to help raise money to support the on-going efforts to combat the devastating wildfires in Australia.