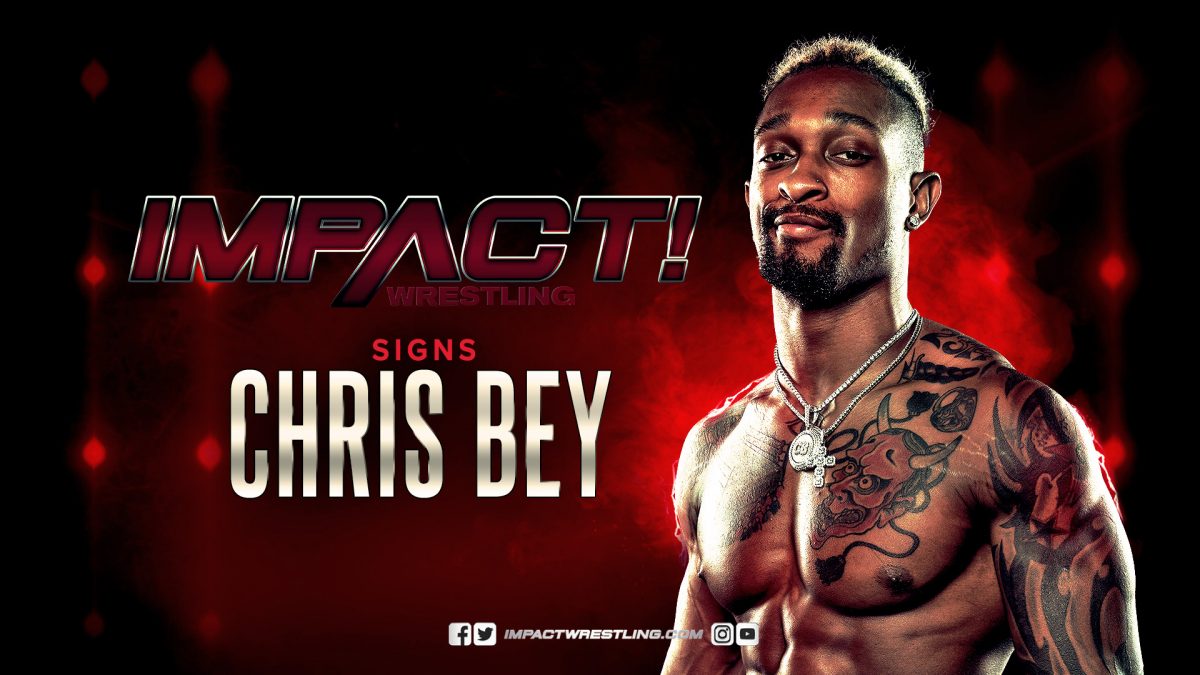 Bey has already wrestled a few matches for Impact dating back to 2018, including two matches at their most recent TV tapings in Las Vegas earlier this month.

He’s a frequent wrestler for GCW, Bar Wrestling and many other indie promotions. He wrestled on 205 Live in October of last year, losing to Ariya Daivari, and wrestled a match for Ring of Honor in September.

Earlier in the day during a media call, Cody Rhodes expressed interest in signing Bey to AEW, saying, “I’ve been doing a deep dive on YouTube on a guy named Chris Bey, who’s a prime example of somebody who could potentially be good for our singles division. We haven’t spoken to him or anything of that nature, but I’m sure this call will have some sort of… he’ll hear about it in some capacity.”

Cody also mentioned Bey last month as someone he was looking at closely.

PLEASE DO NOT TRY THIS AT HOME!!