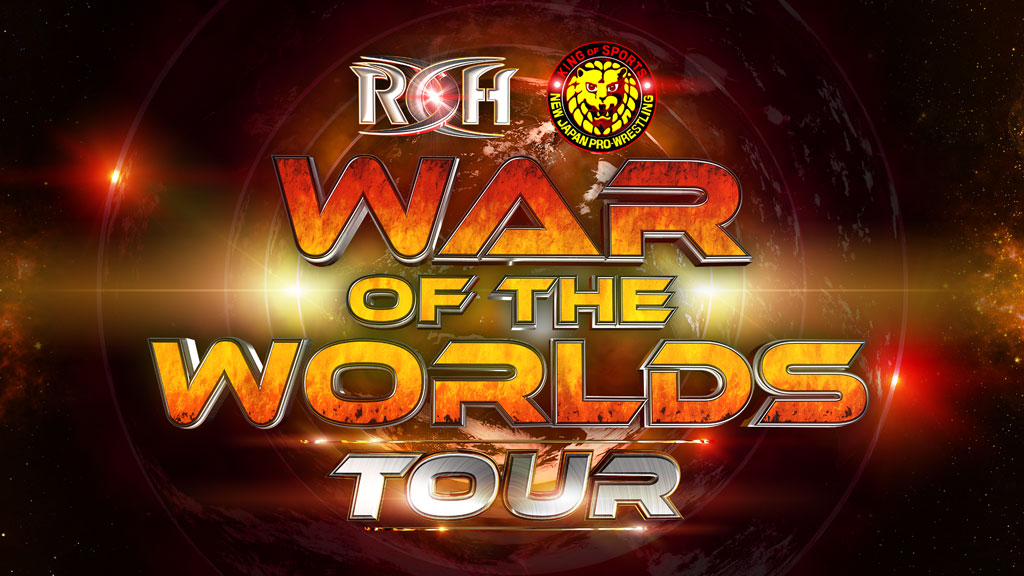 Ring of Honor recently announced that this year’s co-promoted War of the Worlds tour with New Japan Pro Wrestling will be taking place this May in the United States and Canada.

Full schedule for War of the Worlds 2020 tour:

ROH also announced that tickets for the upcoming tour will go on sale starting on March 4th for HonorClub members and on March 6th for the general public.

Ring of Honor and New Japan Pro-Wrestling are joining forces again for the War of the Worlds tour, which consists of four huge, star-studded shows in May!

The Young Bucks Comment on Marty Scurll Staying in ROH

Comicbook.com held a recent interview with The Young Bucks, Matt and Nick Jackson, discussing their thoughts on Marty Scurll signing a new deal to remain in Ring of Honor.

Nick Jackson – ““We were kind of feeling him out for a while now and he always was very vague with us, anytime we would bring up storylines and stuff. So, we pretty much got the hint three months ago or so, and we realized, ‘Okay, he’s staying put.’ Good for him though, and that he knows how we feel, it’s a business. Yeah, it would’ve been great to have him with us because we’re good friends, but he got a great deal out of it and he seems to be very happy. He’s definitely going to try to paint his path on his own and more respect to him for doing that. We’re all cool though.”

Matt Jackson – “I feel the same way. Marty got a great offer and I think he wanted it to be more than just a wrestler and he got an opportunity to do that, and Marty is a clever guy and he’s very talented. I love him and I hope nothing but the best for him, and I hope he can make the place he’s working a better place. I want wrestling everywhere to succeed because as long as the boys are being taken care of and there’s more opportunities for the boys and girls to wrestle and make money, support their families, then great because the wrestling world needs Ring of Honor to do well, and I think Marty, if you can pinpoint any person right now that can help them, it’s him. Good on them, and I’m happy for Marty.”

ROH announced that Alex Shelley, Rocky Romero, and Mark Haskins are the next set of official entrants for their Pure Championship tournament, which starts at their Pure Excellence event on April 10th in Columbus, Ohio.

ROH also announced that Angelina Love, Nicole Savoy, and Katarina are the next set of official entrants for their Women’s World Championship tournament, which starts at their Quest for Gold event on April 24th in Philadelphia, Pennsylvania.

DDT Pro-Wrestling and Tokyo Joshi Pro Wrestling recently announced that they have cancelled several of their upcoming events in Japan due to the on-going coronavirus outbreak.

Game Changer Wrestling announced on Twitter that they will be holding an event on August 21st in Brooklyn, New York. It is currently speculated that this will be a new Joey Janela’s Lost in New York themed event.

EVOLVE announced that their EVOLVE 145 event this Saturday in Queens, New York will air live for free on Facebook.

Major League Wrestling announced that Lucha Libre AAA’s Demus will be making his official debut for the company at their Intimidation Games 2020 event on April 18th in Cicero, Illinois.

MLW officials reportedly were seen at CBS/Viacom’s headquarters in New York City this past Tuesday for meetings regarding a potential new television and streaming rights deal, according to PWInsider.

As noted before, AEW officials recently offered a contract to Jeff Cobb. Dave Melter issued a correction in this week’s Wrestling Observer Newsletter stating that last week’s meeting between AEW owner Tony Kahn and Cobb was not their first meeting and instead a prior meeting between the two was held on February 12th in Austin, Texas.