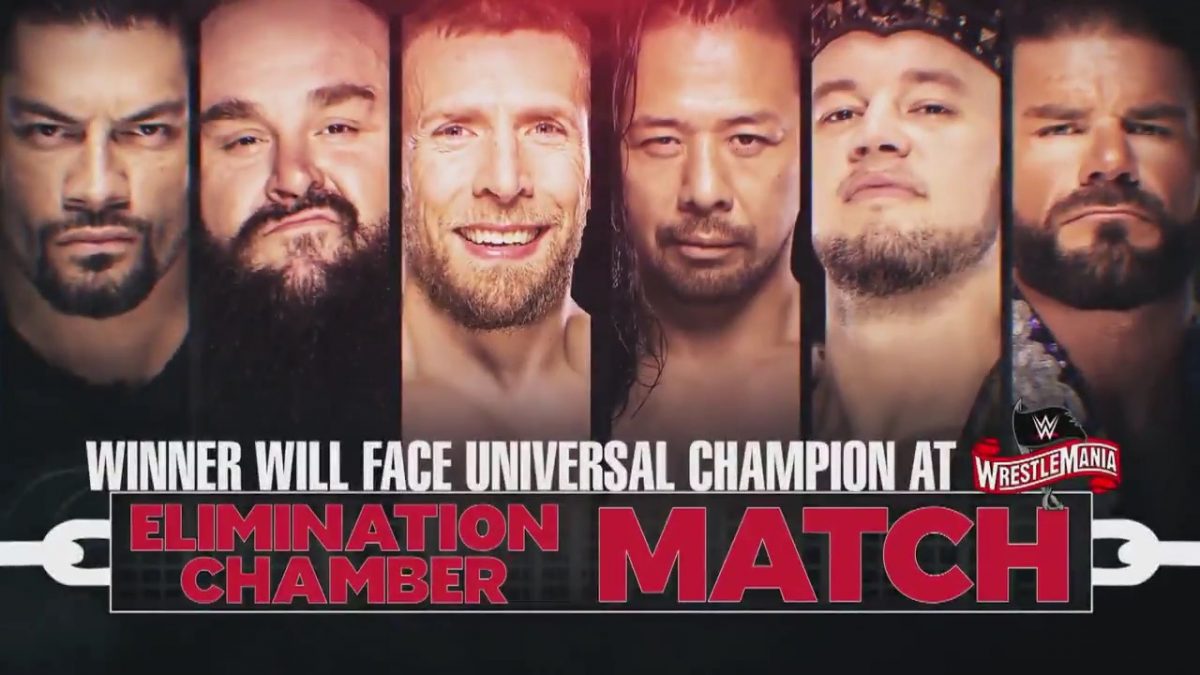 According to the ad, the participants will be Roman Reigns, Braun Strowman, Daniel Bryan, Shinsuke Nakamura, King Corbin and Robert Roode.

The winner will receive a shot at the Universal Championship at WrestleMania.

As of a couple of weeks ago, the rumored WrestleMania match was Bray Wyatt vs. Roman Reigns, so Reigns is the clear favorite to win at Elimination Chamber, but there’s always the possibility that that could change. Wyatt is set to face Goldberg for the Universal Championship at Super ShowDown later this month.