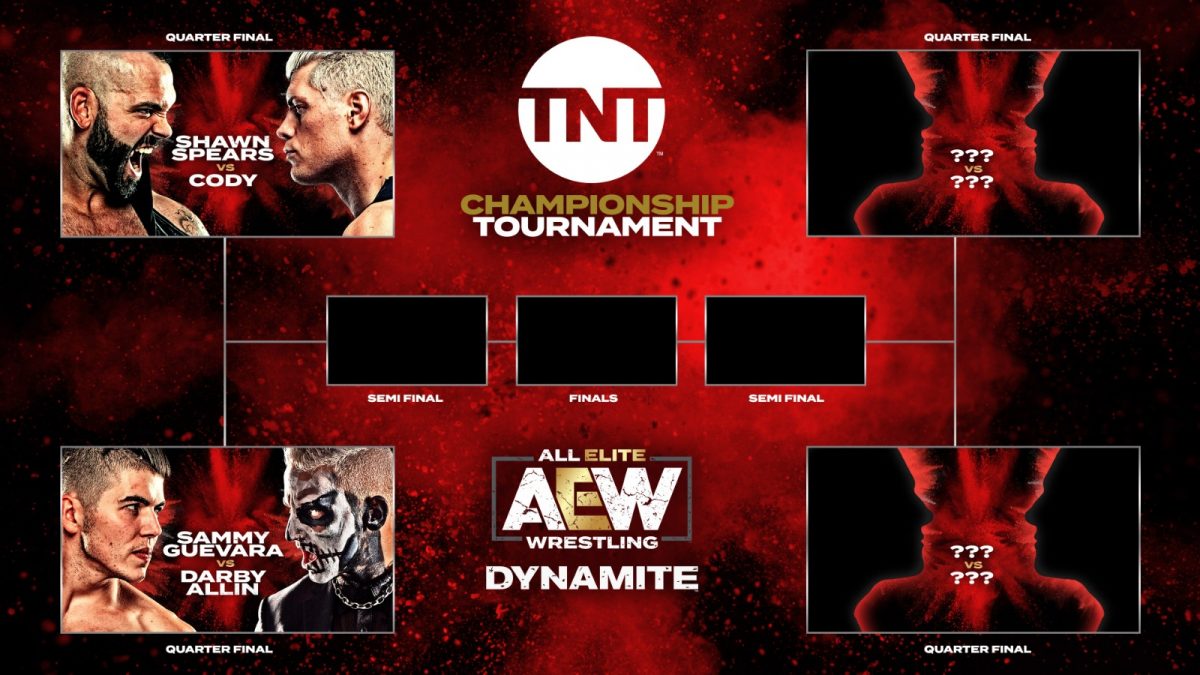 AEW announced the first four competitors for the eight-man TNT Championship tournament, which will begin on the April 8 Dynamite.

The left side of the bracket will have these matches:

The other four competitors will be announced tomorrow night on Dynamite.

The final match is currently scheduled for May 23 at Double or Nothing in Las Vegas, if that PPV somehow goes on with the current situation.

Now with the first set of Quarterfinal matches being announced.@Perfec10n vs. @CodyRhodes @sammyguevara vs. @DarbyAllin

What matches do you think will be in the second half?
Let us know!

The other half of the bracket will be announced tomorrow night on #AEWDynamite! pic.twitter.com/ZNoOiRENkx