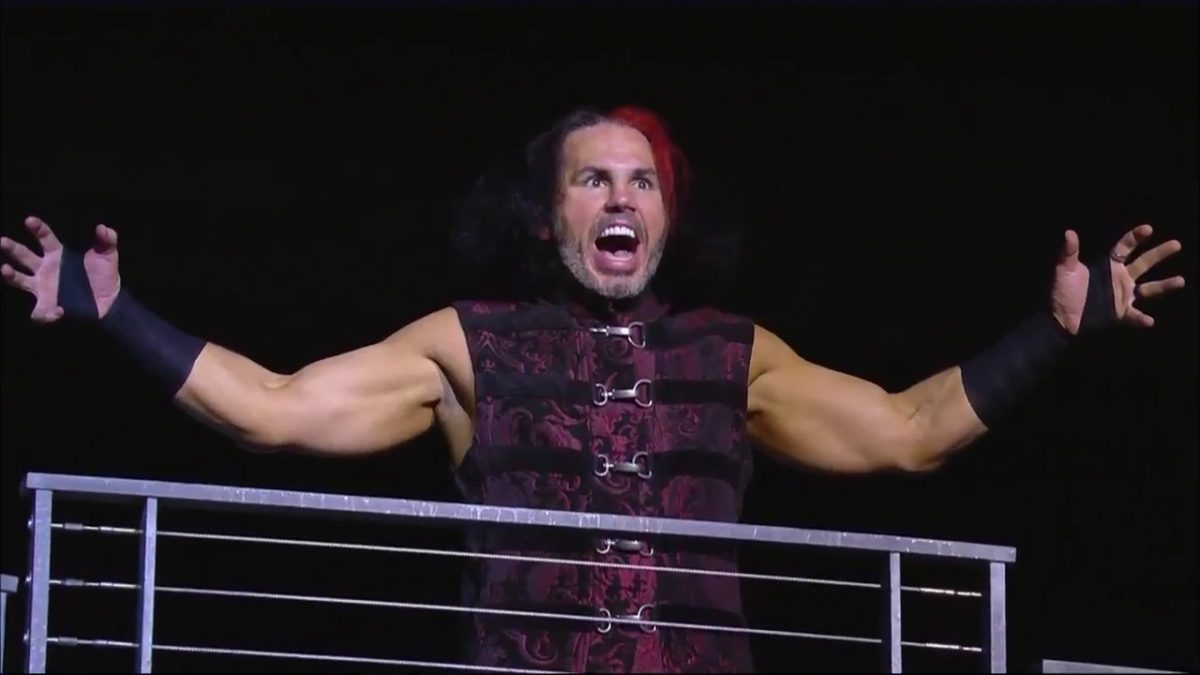 Matt Hardy is All Elite.

Hardy, dressed as his “Broken Matt Hardy” persona, made his AEW debut at tonight’s closed set Dynamite in Jacksonville.

At the end of the show, Chris Jericho was bragging about injuring Nick Jackson, giving the Inner Circle a 5 on 4 numbers advantage against The Elite at Blood & Guts.

Suddenly, a drone flew above the ring…

Matt Jackson got on the mic and said that Jericho was mistaken, and he “made a phone call to a friend who owed [him] a favor.”

Matt Hardy was then shown standing in the balcony as a shocked Inner Circle looked on, then Matt did his “delete” gestures. It was a moment that would have gotten a massive reaction from any AEW crowd, but tonight’s show unfortunately didn’t have any fans in attendance because of the coronavirus pandemic.

Matt Hardy will join the Elite in their match against The Inner Circle at Blood & Guts – whenever that may be. All night, AEW only referred to “the next Dynamite” but didn’t sound confident that it would happen next week.

.@MATTHARDYBRAND HAS ARRIVED!
Get his debut merch at https://t.co/KQgbBFVzzw.
Use the promo code DYNAMITE to save 20% off your entire online order! pic.twitter.com/lrldCKVj2d