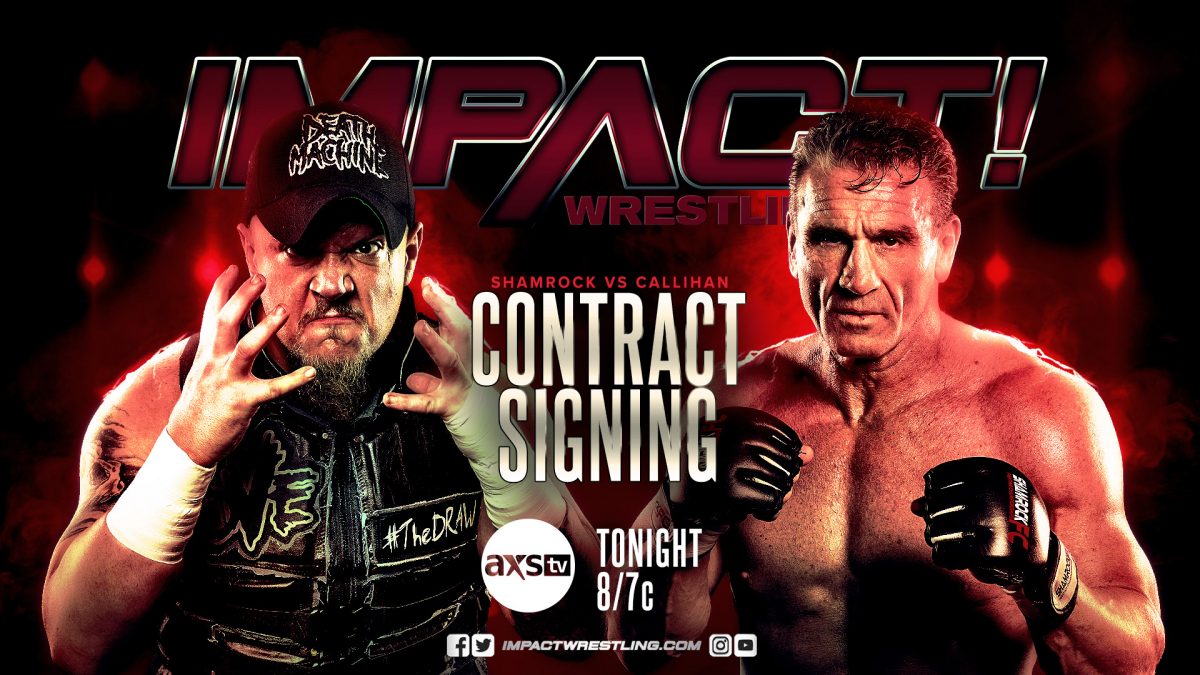 Johnny Swinger gets on the mic. He claims to have persuaded a young buck, M. Jackson to compete against him here tonight. The music hits and out comes Mike Jackson, a former professional wrestler who is now 70 years old. There’s no backing down from Mike as he lists off the things he doesn’t like about Swinger, namely how he puts down the younger talent in the locker room. Jackson says he’s going to kick Swinger’s butt tonight. The bell rings and the match is underway.

Jackson takes control in the early going and shocks the world with a Hurricanrana, followed by a dive to the outside. Jackson hits a single-arm DDT. Jackson goes old school as he climbs the ropes and walks Swinger all the way around the ring before hitting him with a clubbing blow. Swinger attempts a double ax-handle off the top but Jackson cuts him off with a shot to the gut. Jackson takes his straps down, signifying the beginning of the end. Swinger quickly gets Jackson into a pinning predicament and puts his feet on the ropes for leverage to steal the victory.

Backstage, X-Division Ace Austin addresses the number one contender for his X-Division Championship, Willie Mack. Ace claims that Willie should be focused on helping his best friend Rich Swann recover from his ankle injury, instead of challenging for singles gold. Trey interrupts to defend Willie, calling Ace the biggest scumbag in the IMPACT Wrestling locker room. Ace asks Trey how his mom is doing, causing a brawl to erupt.

.@TheTreyMiguel is well aware of the mind games @The_Ace_Austin plays, he knows how big a scumbag Ace is. #IMPACTonAXSTV pic.twitter.com/U8sYXKYBlA

Much to the dismay of Johnny Swinger, the locker room lines up to congratulate Mike Jackson on his amazing performance earlier tonight.

Ken Shamrock arrives to the arena. Tonight, the contract will be signed for the match pitting Shamrock vs Sami Callihan at Rebellion. Scott D’amore reminds Shamrock that if there is any physical contact tonight, the match will be called off.

.@ScottDAmore reminds @ShamrockKen that there is to be no physical contact in tonight's contract signing or the match with @TheSamiCallihan is off. #IMPACTonAXSTV pic.twitter.com/NaSSK02c16

The first pinfall or submission will decide this matchup. Two competitors are legal at any time and you can tag anyone, not just your own partner. Dez catapults Thornstowe into a superkick and double foot stomp from Wentz. Dez hits a handspring Pele on Fallah. XXXL sandwich Luster in the middle of the ring. Larry D and Acey soar through the air, crashing into their opponents on the floor. Fallah takes out Thornstowe with a Samoan Drop, followed by the Kobe Splash from TJP to win.

Rohit Raju questions why Gama Singh booked him in a match against Hernandez tonight. Rohit says he should be focusing on the four-way X-Division match he’ll be competing in at Rebellion. Gama slaps Rohit and tells him not to be so selfish before storming off.

Joseph P Ryan forces the video production truck to roll a message approved by Cancel Culture instead of recapping his defeat to Cody Deaner. RVD apologizes to Joseph for not being there in his match against Cody Deaner last week. He notes that everyone is being careful during these times and Katie is uncomfortable around the Deaners’ toxic masculinity. In something out of line with the values of Cancel Culture, RVD and Katie Forbes publicly display their affection for each other.

Rohit jumps off the second rope but Hernandez catches him in mid-air. Rohit fights off a powerbomb attempt but gets caught with a Pounce instead. Hernandez connects with a huge Border Toss to score the victory.

Madison hosts the first episode of her new backstage talk show, Locker Room Talk. Her first guest is Johnny Swinger who came up short against 70-year-old Mike Jackson earlier tonight. Swinger denies the fact that he lost, leading Madison to introduce her next guest. It’s none other than IMPACT Wrestling’s newest Knockout, Kylie Rae. Swinger tries to make a move on her but doesn’t get anywhere. Madison notes that Kylie is thrilled to be here but some of the other Knockouts don’t feel the same way about her arrival. Madison speaks on Kylie’s upcoming match against Kiera Hogan at Rebellion. Kiera praises her opponent while Madison tries to pry something negative out of her for once. Madison brings out her next guest, Kiera Hogan herself. Kiera tells Kylie she’s going to humiliate her and show her why there are no friends in the Knockouts division. Shockingly, Kylie tells Kiera that she’s not very nice before storming off.

.@MadisonRayne used the debut of her new show Locker Room Talk to stir the pot between @HoganKnowsBest3 and @IamKylieRae. #IMPACTonAXSTV pic.twitter.com/4z6QSptjiC

The fight spills out to the floor where Ace drops Trey head-first onto the apron. Ace wears down Trey as he slows the pace of the match down. Trey begins to fight back with an explosive neckbreaker. Ace connects with a spinning springboard kick. Trey avoids The Fold, allowing him to connect with the Cheeky Nandos Kick in the corner. Ace rolls up Trey with a hold of the tights to win.

Backstage, Willie Mack sends a message to Ace Austin ahead of their X-Division Title clash at Rebellion. Willie tells Ace that he shouldn’t play mind games with someone who is used to playing them. Willie says he’s going to do his own magic trick – it’s going to make the X-Division Title disappear off Ace’s shoulder and onto this.

Tenille Dashwood returns to the ring tonight. Tenille takes control in the early going as she dives off the apron, crashing into Taya on the floor. Tenille heads to the top rope but Bravo trips her behind the referee’s back. Taya capitalizes with a big Superplex. Bravo’s involvement continues as he chokes Tenille on the ropes while Taya distracts the referee. Taya connects with her signature running knees in the corner. Taya hits Road to Valhalla but Tenille grabs the bottom rope to break the count. Bravo gives Taya a steel chair but the referee pries it out of her hands. Tenille pins Taya with a sunset flip out of nowhere to win.

After the match, Taya is enraged as she attacks Tenille with the steel chair. Taya buries her under a pile of chairs and is about to jump off the top when Knockouts Champion Jordynne Grace makes the save. Jordynne pummels both Taya and Bravo with a kendo stick, sending them retreating up the ramp.

Tommy Dreamer and Rhino say they’re going to find a partner to battle oVe in a six-man tag team match next week.

.@THETOMMYDREAMER and @Rhyno313 will find a partner and go to WAR with oVe next week at #Rebellion on @AXSTV! #IMPACTonAXSTV pic.twitter.com/bARCRXiczx

Shamrock is sitting at the table when Callihan storms out and forces Josh Mathews to leave. Callihan praises Shamrock for all of his career accomplishments but claims this is his most important match because he will be stepping into the ring with The Draw. Callihan mentions Shamrock’s family and Shamrock almost loses it. Callihan threatens that he can make bad things happen with the press of one button on his phone. Callihan insults Shamrock, causing the World’s Most Dangerous Man to charge at the ICU hacker. Callihan presses the button and lights go out. When they come back on, Callihan is gone but there are numerous figures wearing ICU masks. Shamrock follows one backstage and into the parking lot. The figure gets into a car and drives away. Shamrock gets into the back of a truck and tells the driver to follow it. Shamrock’s phone rings and it’s Callihan telling him to tip the driver. The driver turns around and he too is wearing an ICU mask. The mysterious figures surround the car and begin to rock it back and forth as IMPACT! goes off the air.