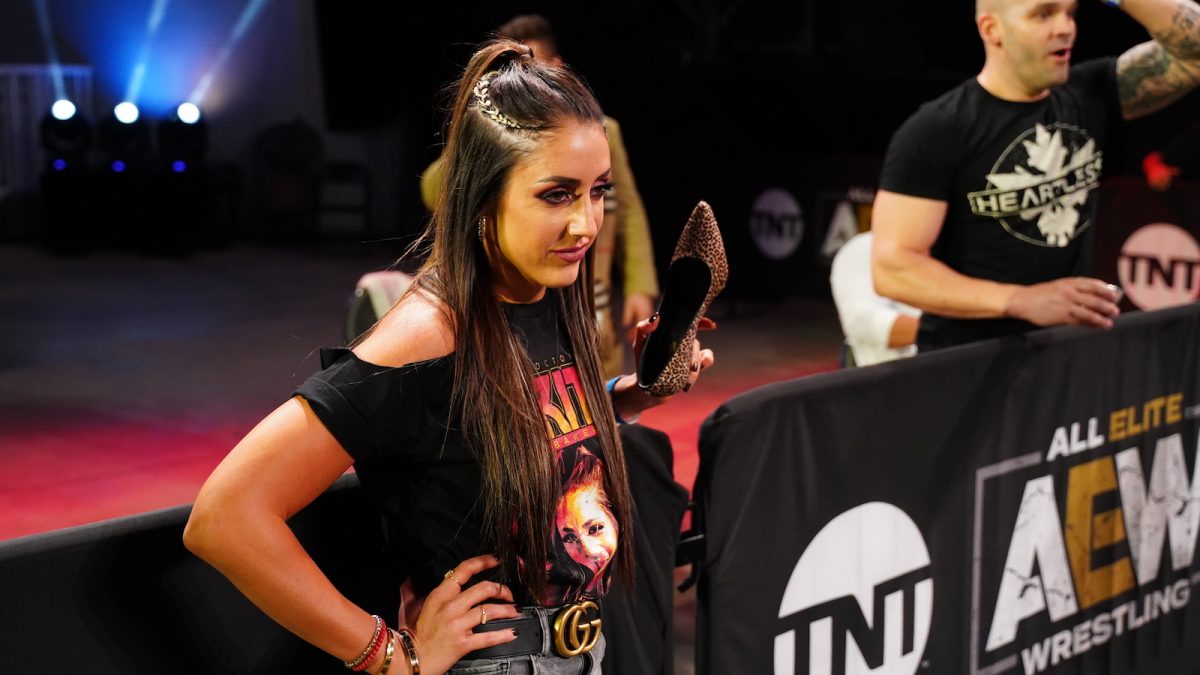 Britt Baker appeared to suffer a right knee injury during her match tonight on Dynamite.

Baker sat in the corner while Nyla Rose was suplexed onto her by Hikaru Shida and Kris Statlander, with Rose landing on Baker’s knee.

Baker immediately appeared to be in pain and didn’t seem to be able to put any weight on her right knee afterwards. She went off to the side for the rest of the match and a trainer was checking on her knee.

Baker is scheduled to face Kris Statlander this Saturday at Double or Nothing.

Rey Fenix also took a bad bump on Dynamite when he tried a springboard flip to the outside, but was short of his target and was not caught, so he landed badly on his back and arm.

Tony Schiavone said on the AEW Dynamite post-show on YouTube that he thinks Fenix is OK since he was able to walk off on his own after the match.