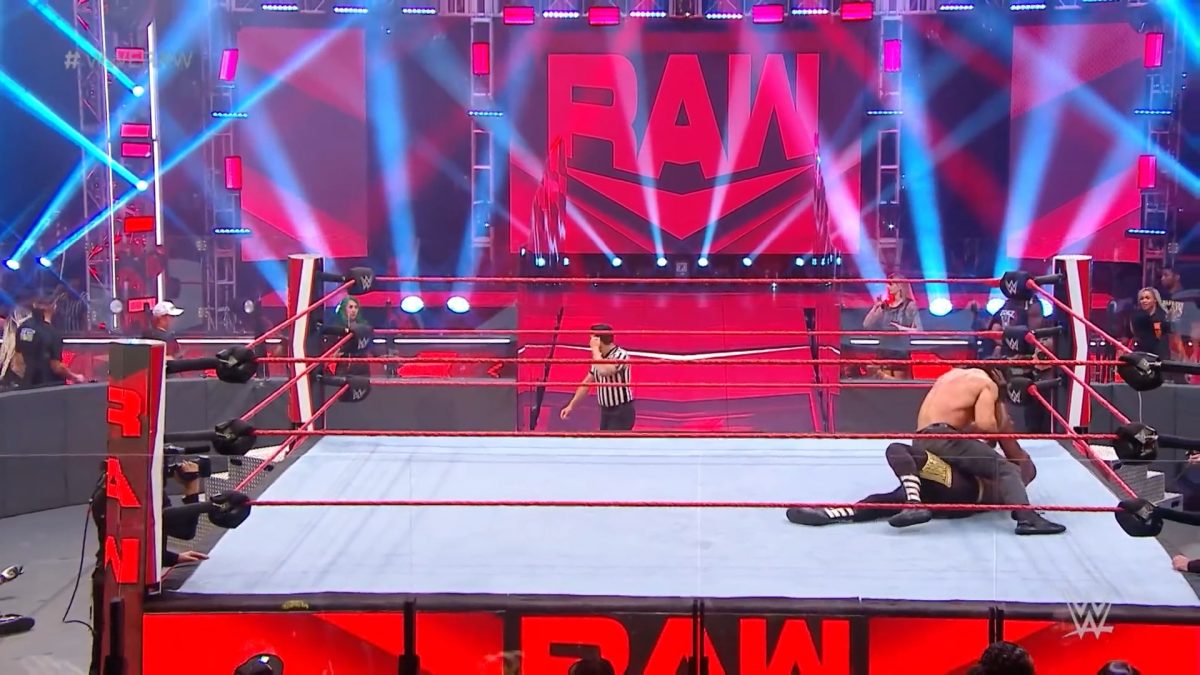 CBS held a recent interview with Tommaso Ciampa and some of the topics discussed included his thoughts on WWE adding plexiglass around ringside and using NXT talent as crowd members for their empty arena shows.

On the topic of WWE adding plexiglass around the ringside for shows, Ciampa stated:

“I was visiting my brother in North Carolina and driving home, so I didn’t see it. The plexiglass sounds a lot like NHL to me. I don’t know. I just feel like there’s no rights and wrongs. It doesn’t feel like there’s any right or wrong to anything. Everybody’s just trying. We’re just trying to give the best product we can give while abiding by guidelines, and keeping people safe and healthy, and giving people the next thing in entertainment. So I don’t know what’s right or wrong.

You know, cinematic sounds really cool. Too much cinematic seems bad. It’s crazy to me. It’s just like, they don’t have really long matches. It’s just, there’s so many directions, and there’s just, at the end of the day, it’s exactly what wrestling is. It’s flavors and ice cream and opinions. And I think some people are going to be like, ‘oh yeah, this is great.’ And other people that are going to be like, ‘oh no, I don’t like this because I saw Shotzi [Blackheart], and she shouldn’t be there.’”

On the topic of WWE having NXT talent be among the crowd for their empty arena shows, Ciampa stated:

“Having people who are on NXT, if I’m being completely honest with you, I don’t think that sounds like a good idea. I wouldn’t expect to see people from Raw or SmackDown in the NXT crowd come Wednesday night. And I don’t think you should see any NXT talent in the crowd come Monday night or Friday night. It doesn’t seem right. [Performance Center] guys, people who are students trying to figure this out? Sure. That makes perfect sense to me. You want to put them through the COVID test and all that, and give them that experience? That’s great. But people who we’re trying to build as Superstars, maybe we just keep them in front of the camera.”

WWE recently announced that a new Prime Target special will be airing as part of next Wednesday’s episode of NXT on the USA Network.

This special will focus on select matchups for the upcoming NXT TakeOver: In Your House event and will air starting at 8PM EST. The matches being focused will be the NXT Women’s Championship Triple Threat match of Rhea Ripley vs. Io Shirai vs. Charlotte Flair (c) and the NXT Championship match of Velveteen Dream vs. Adam Cole (c).

NXT TakeOver: In Your House is taking place on June 7th and will air live on the WWE Network starting at 7PM EST

This past Friday’s episode of WWE Friday Night SmackDown drew a final viewership of 2,044,000 on FOX, according to Showbuzz Daily. This was up compared to the initial overnight number of 2,040,000 viewers on the network.