WWE: Kevin Owens on Absence from RAW, Alexa Bliss Podcast, Edge on Shooting of His Match vs. Orton 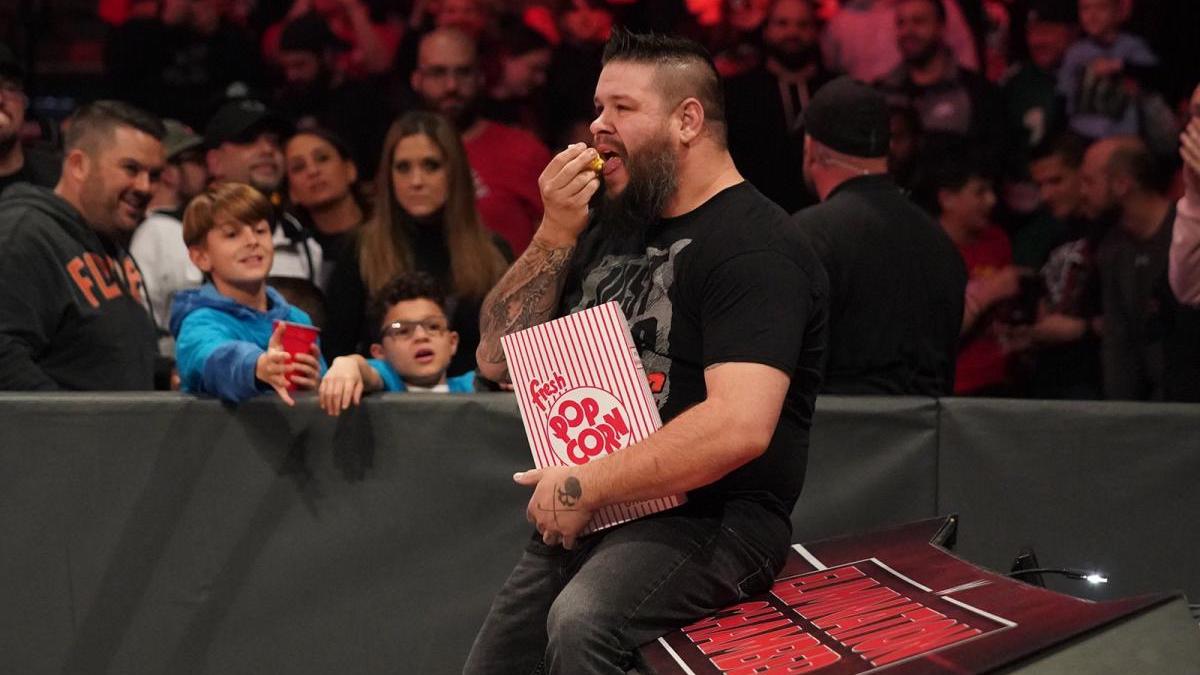 Kevin Owens Comments on His Recent Absence from RAW

As noted before, Kevin Owens has been away from WWE’s RAW brand following the company’s announcement last week that one of their developmental talents tested positive for the coronavirus.

A recent episode of WWE’s The Bump had Owens as the guest and he talked more about why he decided to stop appearing on RAW for the foreseeable future.

“I’m great, I’ve always been great. Due to the circumstances that happened over the last week with the positive coronavirus test in the company, I thought it was wiser for me to stay with my family. I told the people in charge my decision and they didn’t even flinch. There was no pushback because, I don’t think they pushback on anybody, but they know once I make my mind up on something, it’s just the way it’s going to be and they are respectful of my decision. I’m glad I took it because it was the best thing to do for my family.”

Alexa Bliss Reveals She Will Be Hosting New Podcast

“I have a podcast coming out soon; Uncool with Alexa Bliss. It’ll be coming out, I think in July, later in July. I interview a lot of WWE superstars, celebrities, musicians. We talk about what they were like before they were famous, how ‘uncool’ they were before the fame. Because of everything going on, I’ve been stockpiling interviews and we’re going to release them later. We have After The Bell, New Day has their podcast, so it’s better that it’s later and there’s time for editing and making sure everything fits. It took a while to get the concept down, but once we did, it was a lot of fun.”

A recent episode of the Busted Open Radio show had Edge as the guest and one of the topics discussed included Edge’s thoughts on WWE’s filming of the “Greatest Wrestling Match Ever” at last weekend’s Backlash event.

“We had Backlash and I was happy with how that turned out. Contrary to the experts, it was not taped over seven or eight hours, it was once, straight through, and then we did four pick-up shots. I’ve seen people complain about the (under the rope) shot of the DDT. That’s a total of two seconds, if that ruined the entire match for you then you have bigger issues. I get it, everyone needs something to complain about, but that was a huge test to see where I’m really at in this new incarnation of how I want to wrestle going forward. I know some of our audience is conditioned to 52 superkick, 82 flip matches. That’s not going to be me. It was never me, but especially not now. I want the match where Bret Hart, Undertaker, and Gerald Brisco are gonna text me after. If that takes a re-education of the industry and fanbase, then so be it.”

Edge also commented on his thoughts on WWE’s editing decisions for his match against Randy Orton.

“Those pick-up shots, I hated them, and it was my idea. I saw the first cut, without any of that in, and I was like, ‘We don’t need them,’ but Vince loved it. I was like, ‘Damnit, damnit, damnit, now they’re going to be in there.”