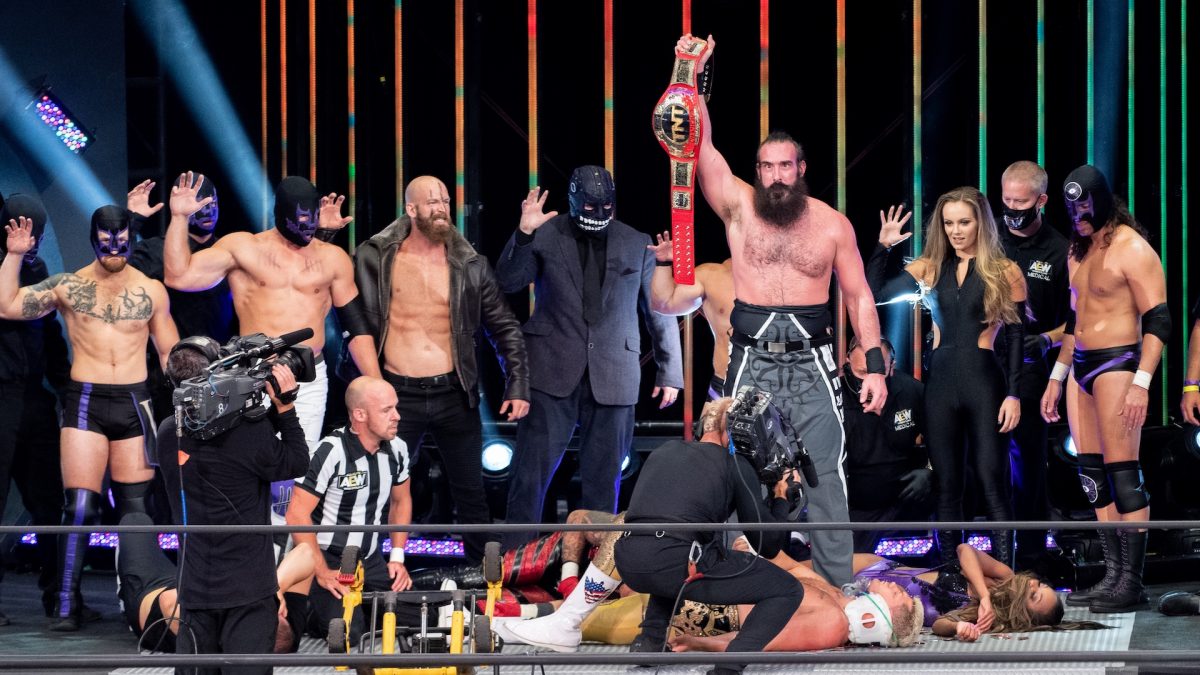 This past Saturday’s episode of AEW Dynamite featured Cody losing his TNT Championship against Brodie Lee in a quick brutal squash match. Following the match, Cody and the Nightmare Family were all viciously attacked by the Dark Order to close the show.

PWInsider’s Mike Johnson reported that the current expectation is that Cody will be taking an extended break from AEW television to sell the vicious beating he took at the hands of Lee.

Johnson also reported that Cody might also be using his time off to be involved in the filming of the upcoming Heels television series for cable network STARZ. Stephen Amell reportedly had asked Cody to be a cast member for the series when casting was first announced last year.

This past Saturday’s episode of AEW Dynamite also featured a surprise appearance by current NWA World Women’s Champion Thunder Rosa. Rosa issued a challenge to Hiraku Shida for her AEW Women’s World Championship at AEW’s All Out 2020 pay-per-view event on September 5th.

The Wrestling Observer’s Dave Meltzer reported that the reason for Rosa’s appearance was due to a deal made between AEW CEO Tony Khan and NWA owner Billy Corgan for AEW’s All Out 2020 event.

Meltzer also reported that Rosa’s appearance is not meant to be any indication that she will be leaving the NWA once her current contract expires.

AEW recently announced that Chris Jericho will be a guest commentator for this Thursday’s episode of AEW Dynmaite on TNT.

While this past Saturday’s episode of AEW Dynamite drew a lower viewership than the week before, WarnerMedia executives reportedly were still very pleased with AEW’s ratings for the night, according to PWInsider. Mike Johnson reported that Dynamite helped give WarnerMedia and TNT three out of the top five ranked shows and four out of the top 10 ranked shows for the night. Johnson also reported that WarnerMedia executives were also very pleased that AEW managed to carry over most of their regular weekly viewership for Dynamite’s airing on a different night.

Shaquille O’Neal’s new multi-year contract with WarnerMedia reportedly allows him the ability to make appearances for AEW, according to The Athletic. Richard Deitsch reported that any potential plans involving O’Neal making an appearance in the future for AEW are “in the embryonic stage at best.” In the report, O’Neal was interviewed about his new contract with WarnerMedia and stated that “I’d love to fight Cody. Write it. Print it. Text it to him. Call AEW up and tell them.”