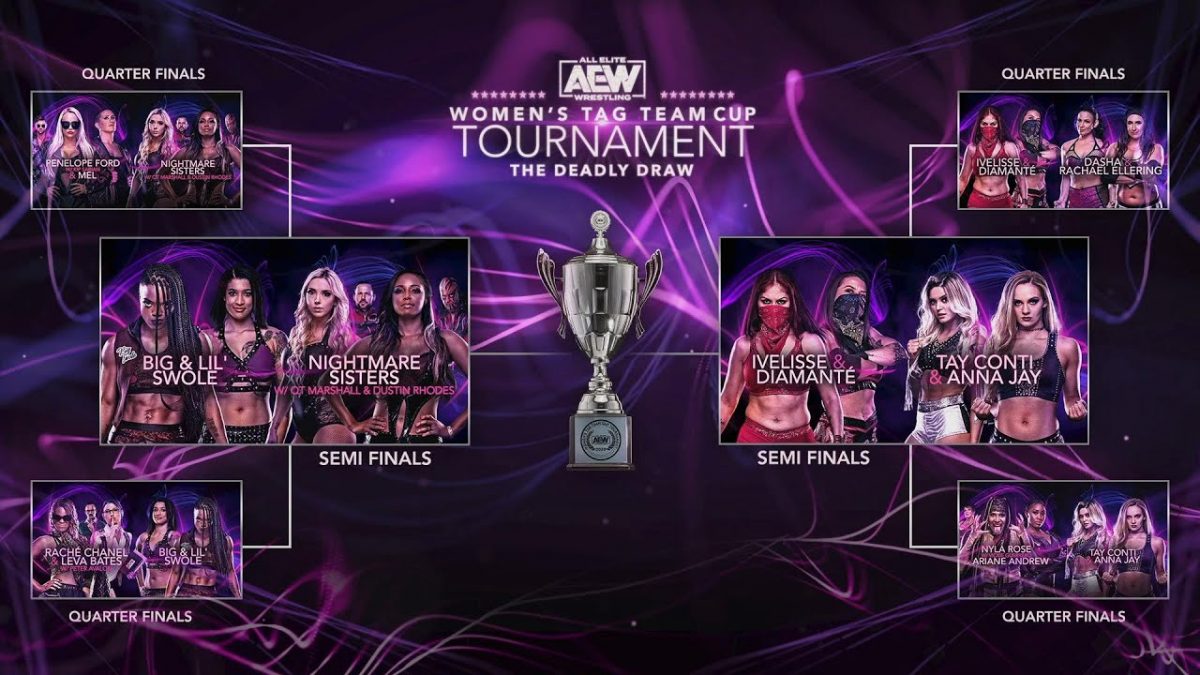 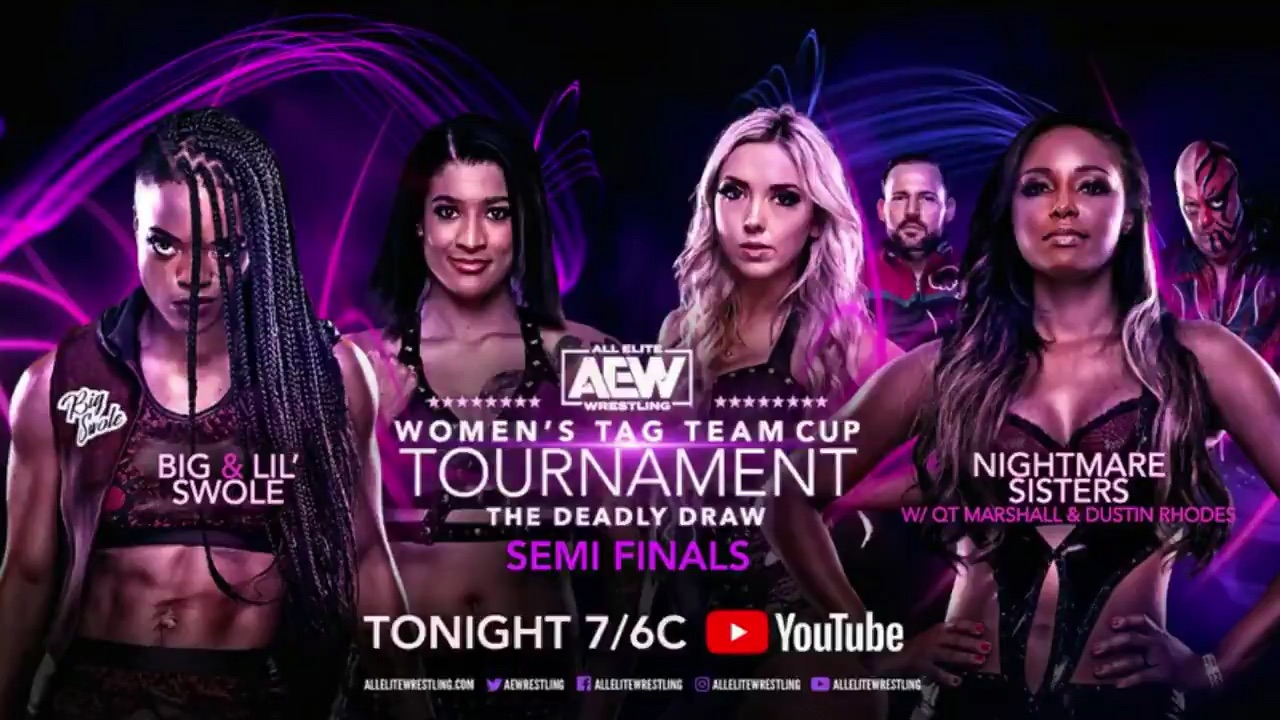 Brandi came out showing off her action figure. QT Marshall and Dustin Rhodes accompanied the Nightmare Sisters. In the end, Big & Lil Swole knocked Brandi out of the ring and had control over Allie, but Britt Baker got on a megaphone near ringside and started “jawjacking” with Big Swole, and Swole argued back. Meanwhile, Allie hit Lil Swole with an elbow drop for the win.

After the match, Big Swole ran after Britt Baker, but she drove off in her “Roll’s Royce” golf cart.

.@SwoleWorld gets the tag and absolutely dominates!

Watch the AEW Women’s Tag Team Cup Tournament NOW via the link – https://t.co/7gye6NuQxa
Use the hashtag #AEWWTTC to be part of the conversation! pic.twitter.com/buPICvZrXF 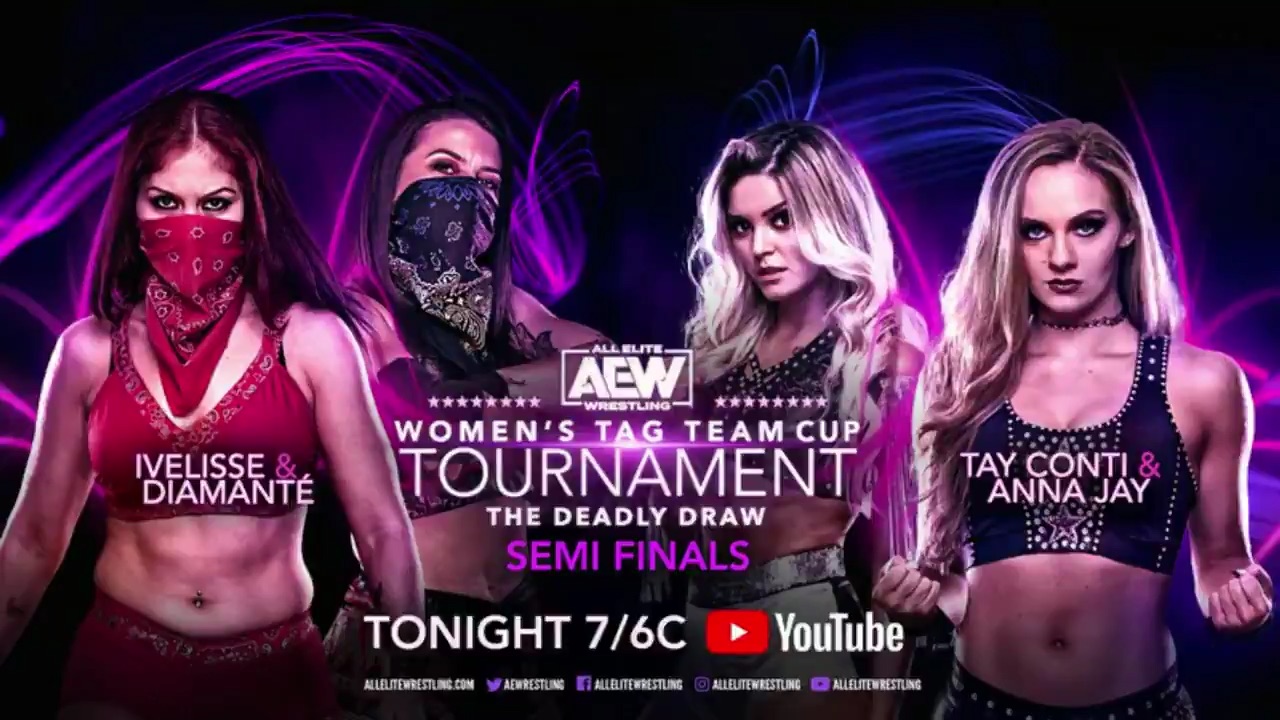 Anna Jay entered with The Dark Order, but they went backstage after her entrance. In the end, Ivelisse knocked Anna Jay out of the ring and Diamante hit Tay Conti with an assisted Sliced Bread for the win.

.@annajay___ is laying down a heavy attack to @DiamanteLAX in their exchange.

Watch the AEW Women’s Tag Team Cup Tournament NOW via the link – https://t.co/7gye6NuQxa
Use the hashtag #AEWWTTC to be part of the conversation! pic.twitter.com/ELTWk7MzyV

The finals will be The Nightmare Sisters vs. Diamante & Ivelisse. The match will take place this Saturday on Dynamite. 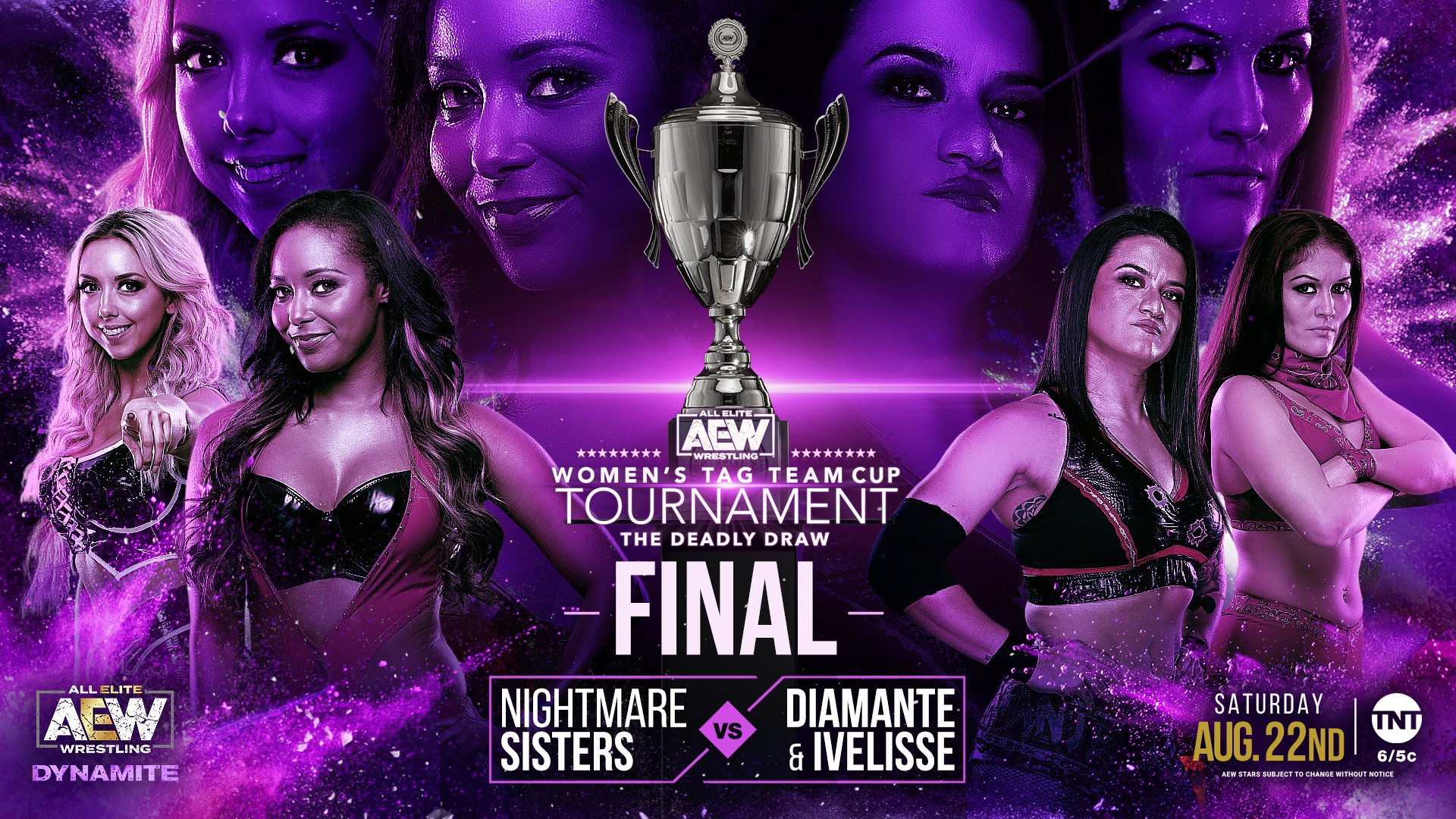