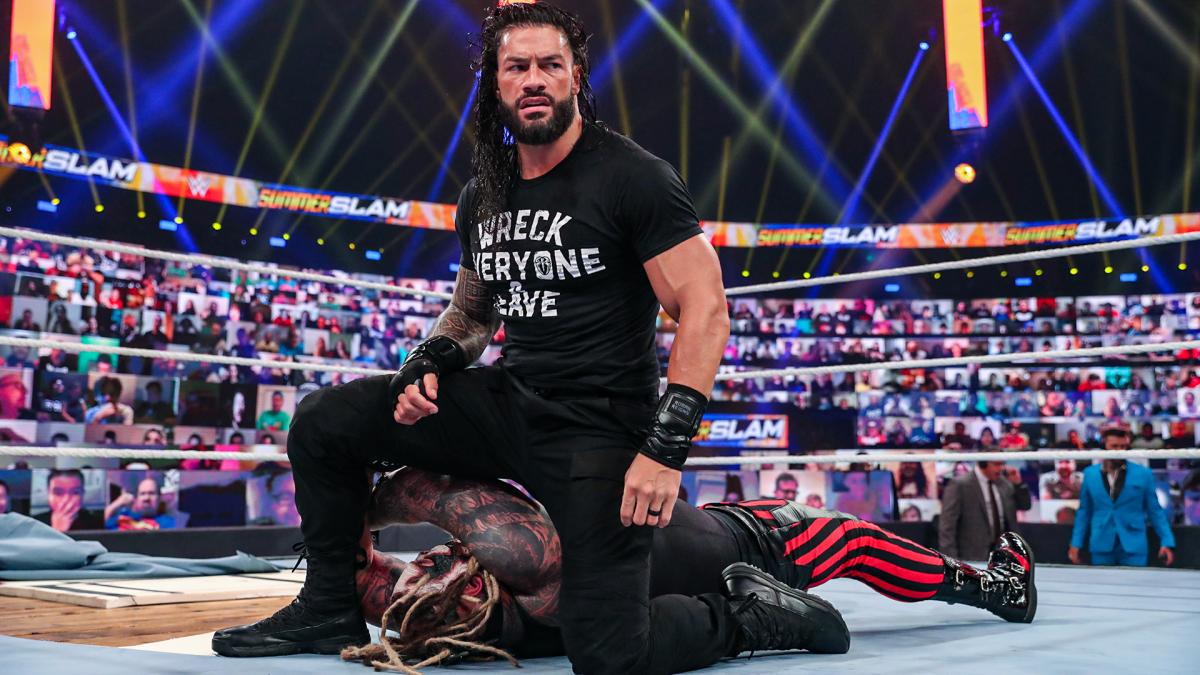 Roman Reigns returned to WWE tonight on SummerSlam – his first appearance since March, when he pulled himself out of his scheduled WrestleMania match against Goldberg because of the coronavirus pandemic.

After Bray Wyatt defeated Braun Strowman for the Universal Championship in the main event at SummerSlam, Reigns ran into the ring “out of nowhere” and speared Wyatt, then speared Strowman. He then attacked Strowman with a chair on the outside and went back into the ring to give Wyatt another spear, then held up the Universal Championship as the show went off the air.