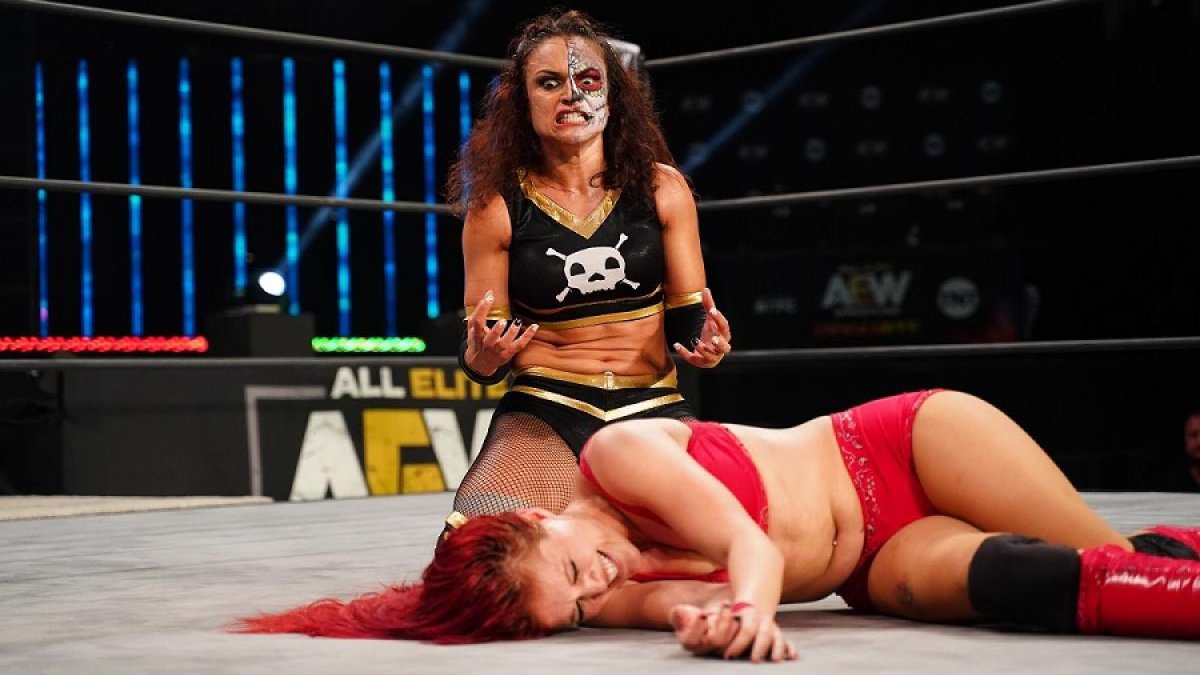 This past Wednesday’s episode of AEW Dynamite featured an NWA World Women’s Championship match between Ivelisse and Thunder Rosa. This match was notable for being the first time an NWA title was defended on an AEW Dynamite show and the bout featuring several stiff looking spots.

There have been conflicting reports regarding the physical nature of the match and a supposed scene that took place backstage afterwards.

Fightful’s Sean Ross Sapp reported that during the match, Rosa took exception to Ivelisse not selling her moves which led to the match becoming physical in tone, with the wrestlers taking stiff shots at each other. Sapp also reported that those in attendance believed the match would need to be edited to remove certain spots although it is not known if any spots were actually removed from the broadcast version. Sapp also reported that following the match, there was a scene backstage involving AEW’s locker room, who were stated to be in support of Rosa for the issues in the match.

Bryan Alvarez reported on a recent episode of Wrestling Observer Live (via F4WOnline Twitch) that his sources within the company stated that there were no issues between the two backstage prior to the match nor during the match itself. Alvarez reported that reason for the stiff looking spots during the match was due to AEW officials wanting to feature Rosa’s MMA background for certain spots. Alvarez also reported that the supposed backstage scene that took place following the match did not happen based on his sources.