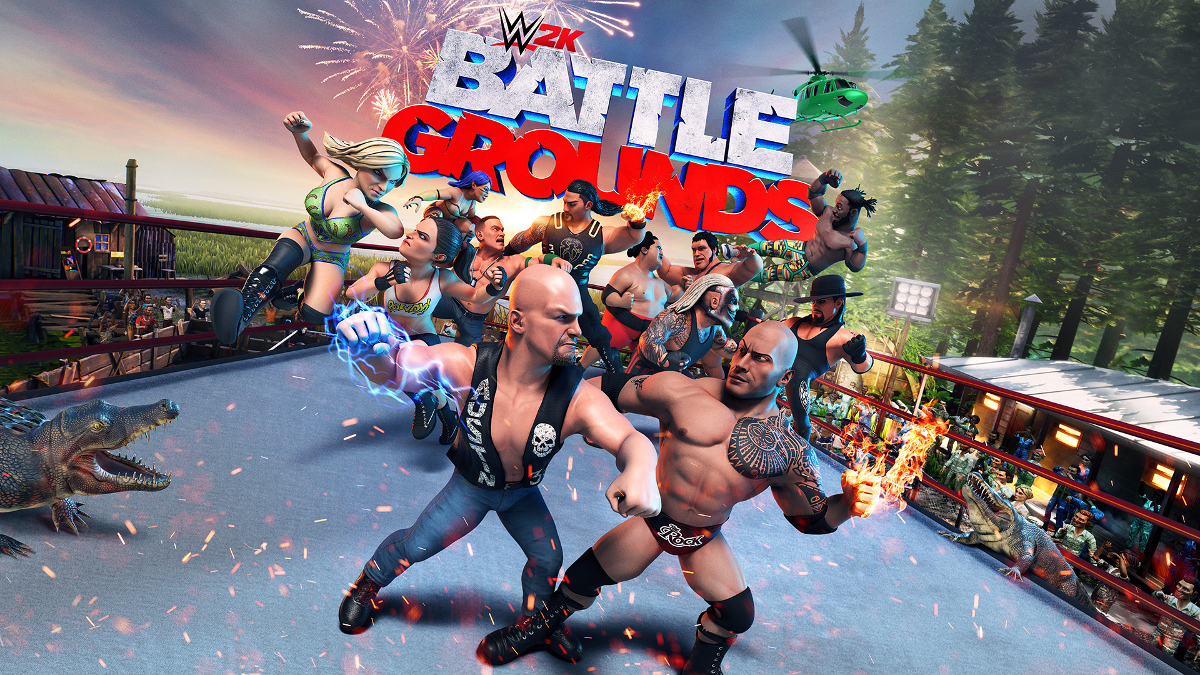 On the topic of new gameplay details, O’Connor gave more details regarding the different in-game meters shown during matches.

“So there are three meters under your character. There’s a Heat Bar, a Health Bar, and a Stamina Bar. The Heat Bar builds up as you inflict damage and take damage, and when you fill up your Heat Bar, then you can do your signature finisher move to really do a massive amount of damage. Your Stamina Bar depletes as you are just constantly jamming on buttons, so if you’re just jamming on buttons, you’ll deplete your stamina and then you can’t do as many combos. If your stamina isn’t full or if you’re a smaller person, you can’t lift a heavier wrestler in some circumstances, depending on classes, so there are things like that, that the stamina fits into.

Then the Health Bar. As you take damage, your Health Bar goes down. When it’s lower, you’re easier to pin or it’s harder to escape a pin or a submission, things like that. So that all kind of makes up the health of the game and what you can do and the strategy to do those things. The things at the bottom of the screen are your Power-Ups. There are two things, really. There are three icons, which are your Power-Ups, and you can choose which Power-Ups to bring into the match with you, and you unlock different Power-Ups as you go through the game. You can trigger those when your Power-Up meter is full which just happens over time.

Then there’s also one other meter on there, which is a Crowd Meter. If you’re always doing the same thing, the crowd doesn’t get as excited. If you’re doing a variety of moves and doing some cool stuff, the crowd gets more excited, can get behind you more, and then can make it easier to pin somebody as well. There’s a lot of depth there, but the beauty of it is, if you don’t understand any of that, it’s fine. You can just get in, jam buttons, meters will fill up or deplete, and you’ll get prompted when you can do things like your finisher. You don’t really have to manage it if you don’t want to. But for the more experienced player, there’s more depth there to a lot of these things.”

On the topic of DLC plans for the game, O’Connor stated that all post-launch DLC updates for the game will be free unlike with prior games from the WWE 2K series.

“There will be regular free updates to the game, but it’s not DLC that you have to go download or purchase. It’s free updates to the game where new superstars, vanity items, arena customization items, things like that will come into the game. Then you can unlock them just like you would anything else in the game. You play, you earn currency, you can unlock what you choose in the game. These will just be additional things on a regular basis. Going to add a lot of superstars, new outfits, things like that as well, but it’s all free.”